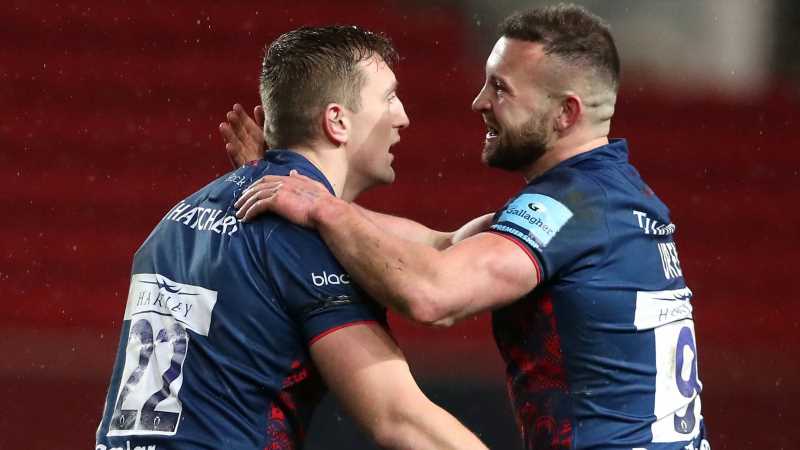 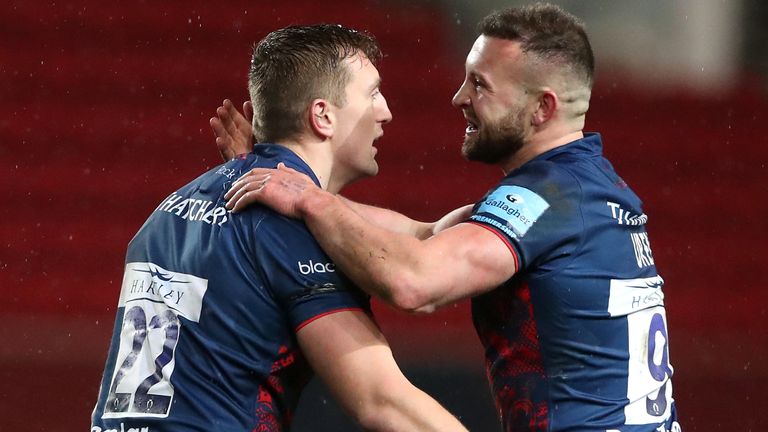 Face-to-face try celebrations and ice baths have been banned in the Premiership as rules are tightened to stem the surge in cancelled matches.

Players are also now forbidden from shaking hands at full time, while team meetings must take place outdoors or virtually.

It comes after five matches were cancelled in 12 days due to coronavirus outbreaks – including Saturday’s east midlands derby between Northampton and Leicester.

Premiership Rugby will announce this week’s test results on Thursday.

The Professional Game Board – which comprises representatives of Premiership Rugby, the Rugby Football Union and Rugby Players’ Association – has now announced a series of enhancements to existing training and match-day regulations.

These are to ensure minimum operating standards are followed and “provide additional mitigation against Covid transmission among elite players”.

They have come into effect prior to Friday’s fixtures between Bath and Wasps at the Recreation Ground and Sale Sharks’ AJ Bell Stadium appointment with Worcester.

Use of changing rooms will be limited to showering after outdoor training sessions and a review of schedules must be undertaken by clubs in order to reduce the amount of time spent by players at training facilities. There will also be no indoor eating.

Warm-ups must now be filmed on matchdays, in addition to continued recording of all training and games.

Non-playing squad members are no longer allowed to attend matches unless a travelling reserve, with food after games and training being a “grab and go” takeaway system.

The changes are intended to further reduce the risk of transmission in light of the surge in coronavirus cases across the UK.