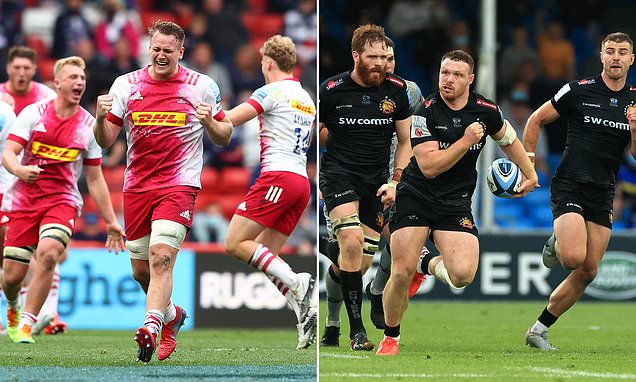 It is the Miracle Men against the cream of Devon and England in a fascinating Premiership final on Saturday with both sides stepping into the unknown at Twickenham.

And for most at Harlequins, architects of the greatest comeback in Premiership history last week when beating Bristol in the semi-final despite trailing 28-0 at one point, this is all new. 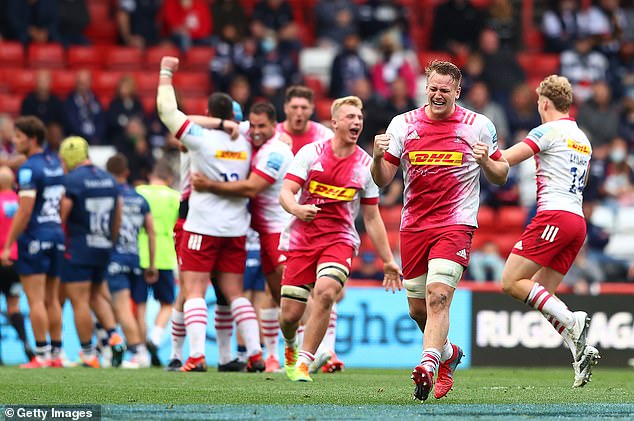 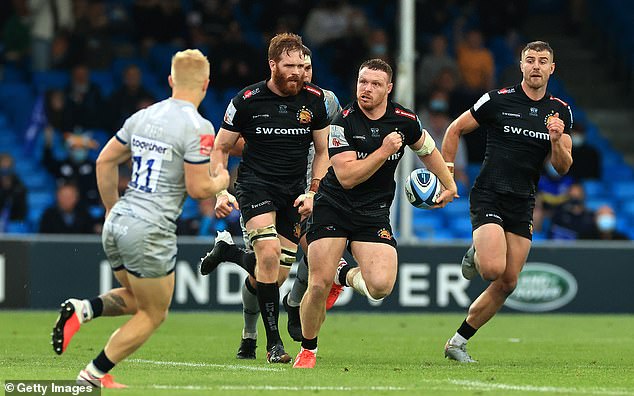 Only Joe Marler, Danny Care, Joe Gray and Will Collier remain from the club’s last final, which they won in 2012, the likes of fly-half Marcus Smith and wing Louis Lynagh barely into secondary school then.

While Exeter expected to be back all in south London cannot quite believe they have made it; not just after the ‘Miracle of Bristanbul’ – as Care labelled it – but having been without a head-coach for six months after sacking Paul Gustard in January.

‘The turnaround has been amazing,’ said Care.

‘It’s been all about a mindset of us going back to what we believe in.

‘There’s a real belief throughout the whole club, everyone fighting for the same goal. We’ve got to the big dance today, we just hope we can go all the way.’ 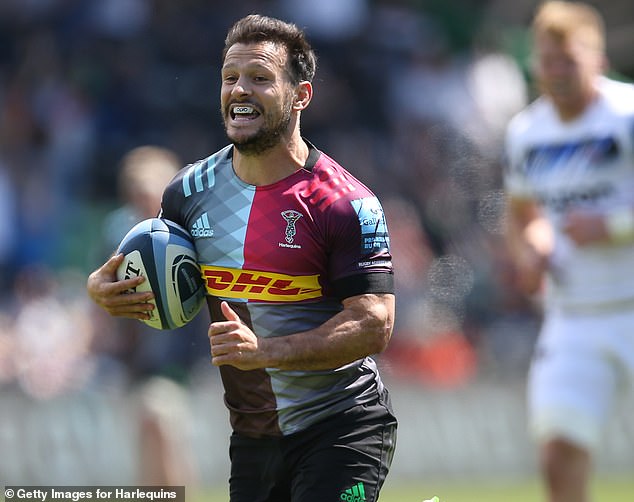 Exeter’s last trips to Twickenham have involved thrashing Harlequins 33-3 on the opening day of this season – Sam Simmonds scoring a hat-trick to tee up his record-breaking 20 try year – and at the end of last winning a rainy Premiership final against Wasps.

Exeter could break the all-time league try-scoring record if they take three today – but so could Quins if they score five.

Best try-scoring seasons ever including semi-finals and final

1 fourth-placed team from the regular has ever won the Premiership Final. If Quins win today they will be the second after Saracens managed it in 2015.

That win at The Stoop was galling for Quins, the beginning of the end for Gustard.

‘That wasn’t one of our finest hours, we’re hopeful that isn’t going to happen again, but that’s the type of thing Exeter can do if you give them the ball in the areas of the pitch they want it, they’re going to make you look silly.

‘I’m one of their biggest fans, I love what they do, the story they’ve been on. I hope they don’t win at the weekend, but we fully respect everything they’re all about.

So while Quins know they must be way better to shock the Chiefs on Saturday, the champions refuse to be seduced by the Harlequins story or their swashbuckling style of play.

‘We can’t get swept up into that type of game. That’s not our game. We want to be physical, to control the game and all areas of the pitch,’ said a determined Simmonds, the league’s player of the year who will join the Lions after this.

Director of rugby Rob Baxter added: ‘Our biggest friend can be our biggest enemy – if we have an assumption that experience will help us through Harlequins’ enthusiasm and excitement for the game could overwhelm us.’

Exeter are by no means happy with their lot either, with two titles in the cabinet over the past four seasons.

‘I would be a complete liar if I said I hadn’t seen satisfaction in what we’ve achieved already – winning the Championship, our first Premiership game, staying in the league, winning it, they were all satisfying, but it’s about what you see in the future,’ continued Baxter.

‘You watch this team get ready for a game, and it’s pretty addictive.

‘You look at how Luke Cowan-Dickie has played in the last few weeks – he’s like a man possessed, literally walking round the corridors growling at people if they’re not on time; he wants to put Exeter first (before the Lions) and win a trophy.

‘We’ve got people here who like winning. It’s a massive driver for a lot of people.’ 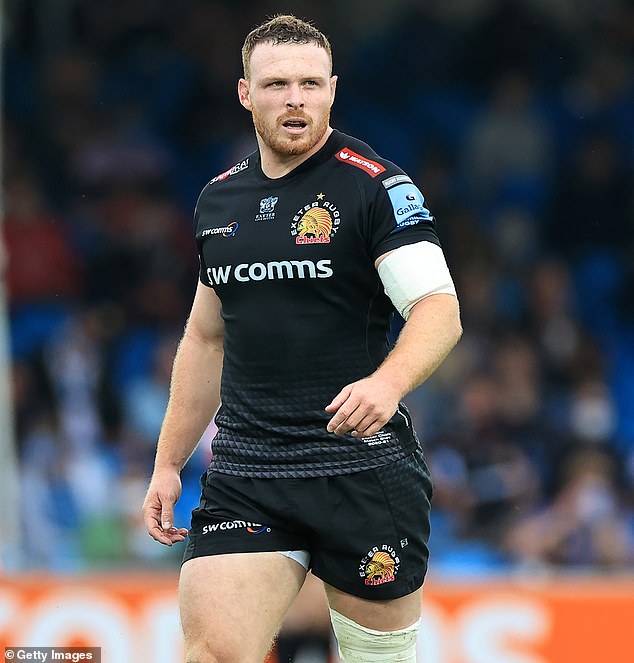 ‘We want one more to our name – one more in the trophy cabinet. It doesn’t matter what’s happened during the year, we’re here now and my motivation is to win again.’

That determination is not exclusive to Exeter, though, with Quins very aware they must take their chance before Saracens return and no-doubt rise straight back to the top.

‘This is the year to win the league because they’re not in it,’ said Care – like many vexed only 10,000 fans are allowed in to watch on Saturday.

‘Exeter’s fans have had a fair few finals, our poor Quins fans have seen some dross for a few years, we finally get to a final and most of them can’t come, which I’m desperately sorry for.’

But whether Exeter have the trump card again, or Quins pull another joker from the pack to seal the most unlikely of titles, neither will be apologising come full-time.