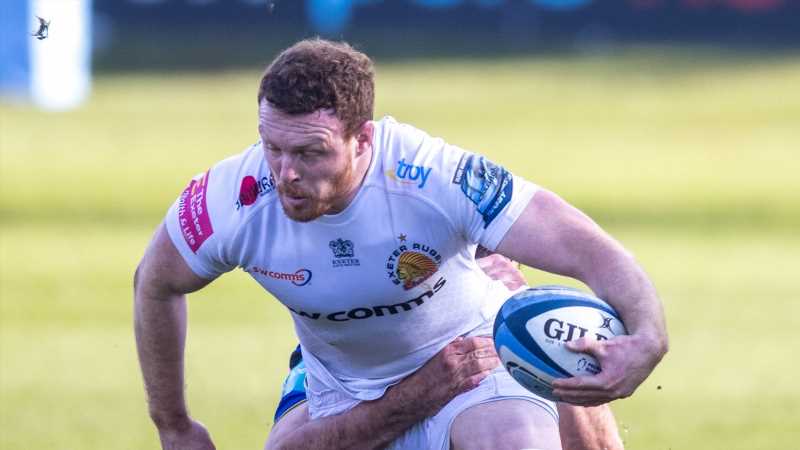 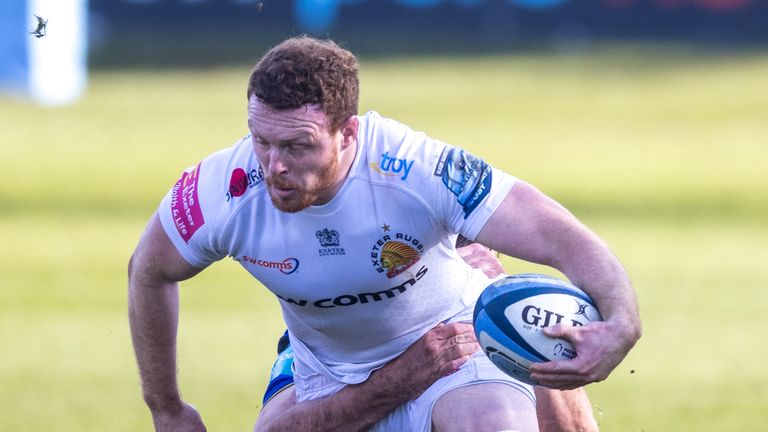 Sam Simmonds scored his 13th try of the Gallagher Premiership season as champions Exeter fought back to sink Bath 38-16 at the Recreation Ground.

Simmonds, who continues to be overlooked by England boss Eddie Jones, could not fail to have impressed watching British and Irish Lions head coach Warren Gatland. 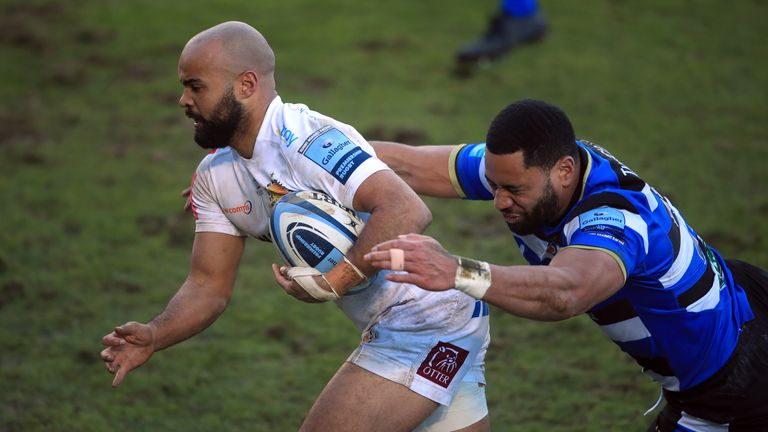 The Exeter No 8 needs only four more touchdowns to equal the Premiership try-scoring record for one campaign, and there are still 10 rounds of regular league season action left.

Exeter trailed by 13 points midway through the second quarter after wing Ruaridh McConnochie scored a try, which Rhys Priestland converted, and he also kicked two penalties. 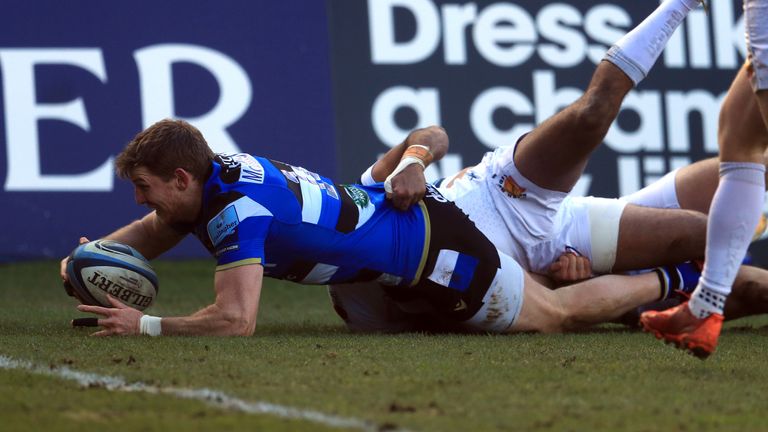 Joe Simmonds kicked four conversions, with Priestland kicking another penalty for Bath, who were ultimately overpowered despite England flanker Sam Underhill making a strong first appearance since January after recovering from a hip injury.

Billy Twelvetrees’ late penalty gave 14-man Gloucester a nail-biting 20-19 victory at Wasps that lifted them off the bottom of the Gallagher Premiership.

The Cherry and Whites had to withstand the loss of Ollie Thorley to a red card in the first half but still led 17-0 at half-time at the Ricoh Arena.

It looked as though they were going to suffer yet more heartbreak when Josh Bassett’s try completed a stirring fightback from Wasps, but just for a change they emerged on the right end of a tight scoreline thanks to Twelvetrees’ 78th-minute strike.