Marcus Smith turned down the chance to go to the U20s World Cup to enhance faint hopes of a senior call-up for Japan.

The Harlequins 20-year-old will start at fly-half for an ‘England XV’ against the Barbarians on Sunday.

He was originally picked in the junior side, who begin their World Cup challenge in Argentina on June 4 – but revealed he himself made the call to stay and play at Twickenham. 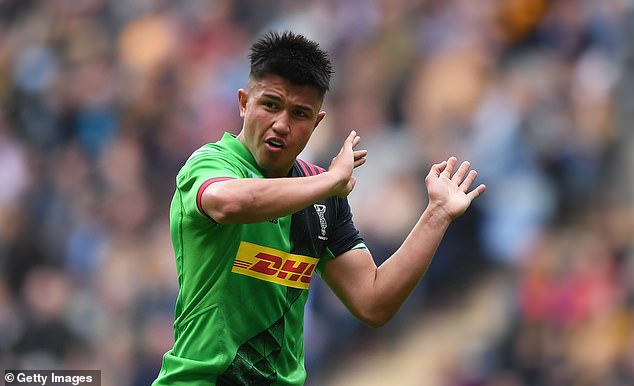 ‘I had a call last week from England saying this opportunity was available,’ Smith said.

‘It was all my decision. I spoke long and hard with my family.

‘It was the fact that it was a senior England opportunity at Twickenham against the Barbarians who are obviously packed with superstars. It was one opportunity I couldn’t miss. I am massively excited for the weekend.’

Smith is still unlikely to be picked in England’s World Cup squad, but might be included in the warm-up camps come late June. 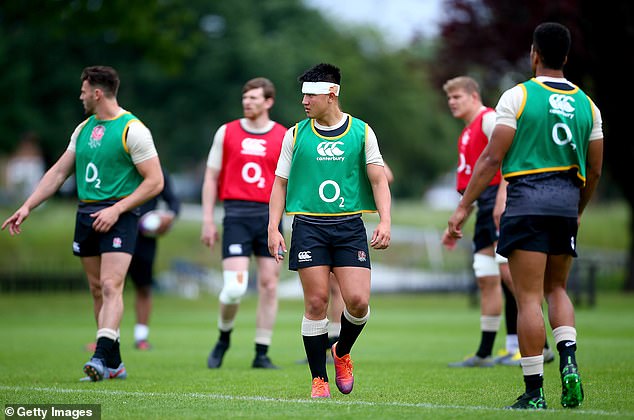 Eddie Jones has only ever picked Owen Farrell, George Ford, Danny Cipriani and Smith as No 10s in squads since 2016, so if there were untimely injuries the Quins man, who has acted as an England ‘apprentice’ in the last two years, could be a cover option.

The England side on Sunday will be led by former Northampton Saints coach Jim Mallinder. Jones has washed his hands of this fixture – in which England lost 63-45 last year – but has been at every training session.

‘He’s looked at training and asked about the moves we’ve done, but we’ve come up with everything ourselves,’ said Mallinder who added he is not planning to take Jones’ job in the future.

‘No, not at all,’ he said. ‘I have done that director of rugby role. Leaving Saints was definitely what I needed.’

May 31, 2019 Rugby Union Comments Off on Marcus Smith pins his England hopes on clash against Barbarians
NFL News