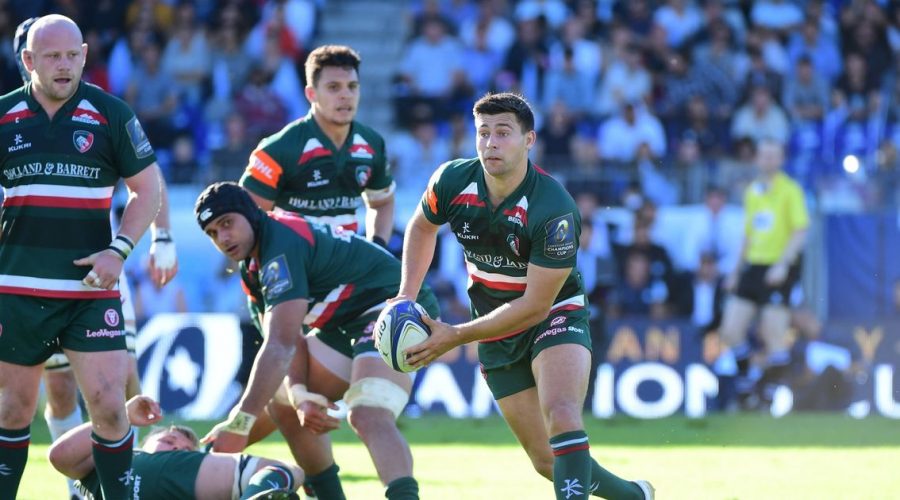 Ben Youngs, England’s most-capped back, has been dropped to the bench for Leicester’s biggest game of the season.

The 109-cap star is in contention to be selected for the Lions next Thursday and this is his last chance to stake a claim.

He missed the 2017 tour after selflessly withdrawing to support his family when the wife of his brother Tom fell seriously ill.

Lions coaches Gregor Townsend and Steve Tandy will be at Welford Road to witness the battle to play either Bath or Montpellier in the May 21 final and doubtless expected England half-backs Youngs and George Ford to be in tandem.

Instead of Youngs, who has started 13 of England’s 14 Tests since the World Cup final, it will be 37-year-old Wigglesworth, a veteran of three European Cup triumphs with Saracens, lining up alongside Ford.

Youngs has to make do with a role off the bench for a Tigers side showing long-overdue signs of a return to better days.

Having finished bottom but one of the Premiership for the past two seasons, the 10-time English champions are 80 minutes from their first major final since last winning the Premiership in 2013.

They take on the competition favourites buoyed by the return to fitness of their Fijian wing juggernaut Nemani Nadolo.

This is no small matter given Nadolo is 6’5, 19 stone and claims to have spent the last three months power lifting as much weight as he has ever managed.

"I’m now lifting the same amount as when I was younger," he said. “I am back to where I was, cleaning about 140-150kgs at the moment and box squatting just shy of 200.

"I don't think I need to get any bigger, just more explosive.”

Ulster, who came from 13-points down to win at Leicester in the Champions Cup last season, cannot say they haven’t been warned.

This is the first time the sides have met in rugby’s equivalent of the Europa League, but Ulster hold a healthy 7-3 advantage over Tigers in the top flight competition.

Poppy Cleall, who scored the try that beat France to win England the Women's Six Nations final, has been named Player of the Championship.

Cleall switches to blindside for tonight’s return against Les Bleus in Lille, with captain Sarah Hunter returning at No.8 as one of nine changes from a week ago.