Hooker Ken Owens and flanker Ellis Jenkins are both fit for Wales’ Under Armour Series clash against Australia next Saturday.

Owens suffered a broken nose during the 21-10 victory over Scotland two days ago, and Cardiff Blues forward Jenkins, who was not involved against Scotland, has recovered from a shoulder injury.

Elsewhere, prop Samson Lee and fly-half Rhys Patchell are continuing their recoveries from a hamstring injury and concussion, respectively, but are unlikely to be considered for Australia’s Cardiff visit. 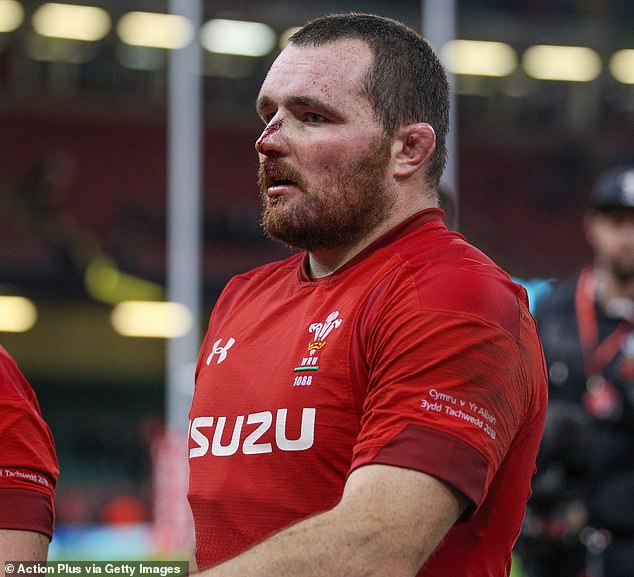 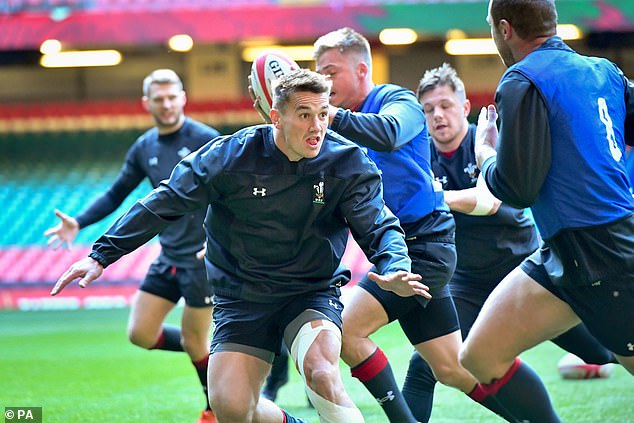 Ellis Jenkins, who was not involved against Scotland, has recovered from a shoulder injury

Owens was on the receiving end of a hefty collision just before half-time against Scotland.

He then underwent a precautionary head injury assessment, and another one after the game, passing them both.

And Jenkins, who was co-captain for Wales’ successful two-Test tour of Argentina earlier this year, will add to the back-row selection mix.

A place on the bench, though, could be his role with Wales head coach Warren Gatland expected to retain a starting back-row of Dan Lydiate, Justin Tipuric and Ross Moriarty.

‘Ken has a bit of a cut on his nose, but that is not going to stop him from doing anything,’ Wales assistant coach Robin McBryde told WRU TV.

‘We will just keep an eye out for contact stuff, but it is nothing major.

‘They (injured players) are all making progress and moving in the right direction.

‘Ellis definitely is back in selection, and we will just keep an eye on Rhys and obviously on Samson as well.’

Wales will go into the Wallabies encounter following victory in their opening autumn Test for a first time since 2002, when they beat Romania in Wrexham. 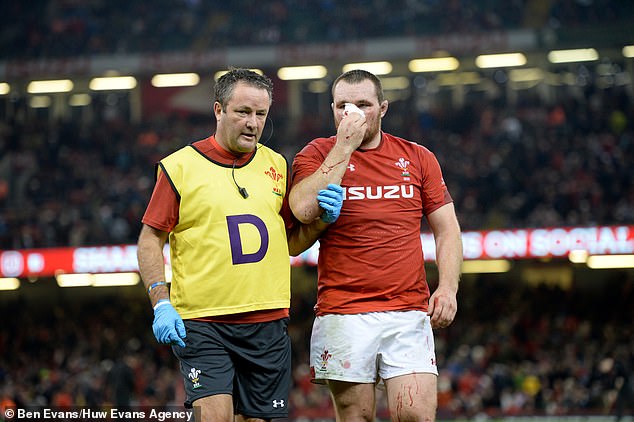 But they have suffered 13 successive defeats against Australia, losing every game since beating them 21-18 in 2008.

‘Scotland asked quite a few questions of us,’ McBryde added. ‘I think there are improvements we can make in attack and defence.

‘It was a good reflection of where we are, but we need to improve, looking ahead to this weekend.

‘It is going to be a massive test. Our record against them is poor – they (Australia) are going to be pretty confident coming in.

‘It is going to be a big challenge, especially up front. They are physically big men, and they are comfortable with coming to Cardiff and the brand of rugby they are going to bring with them.

‘So it is going to be a step up again, and we are going to have to be at our best.’

Gatland is due to announce his starting line-up on Thursday, with possible starts for the likes of wing Liam Williams, fly-half Dan Biggar and prop Rob Evans.

November 6, 2018 Rugby Union Comments Off on Ken Owens and Ellis Jenkins both fit for Wales’ clash with Australia
NFL News