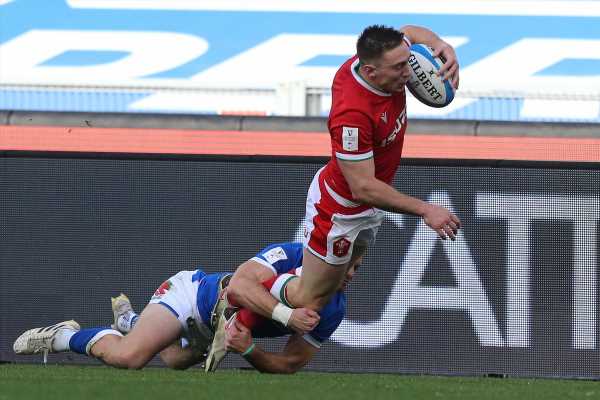 Wayne Pivac’s side recorded a 48-7 victory and it didn’t take long for Wales to get out of the blocks.

Josh Adams and Taulupe Faletau both had crashed over the whitewash after just 15 minutes to cause Franco Smith to put his head in his hands. Hooker Ken Owens then added another two scores to secure the bonus point before half-time.

Heading into the break the Italians were 27-0 down and Wales didn’t take their foot off of the gas in the second half as they continued to score.

Monty Ioane got a consolation score but it didn’t inspire a comeback as Italy continue to wait for their first Six Nations win since 2015.

Here are the player ratings from the Stadio Olimpico: 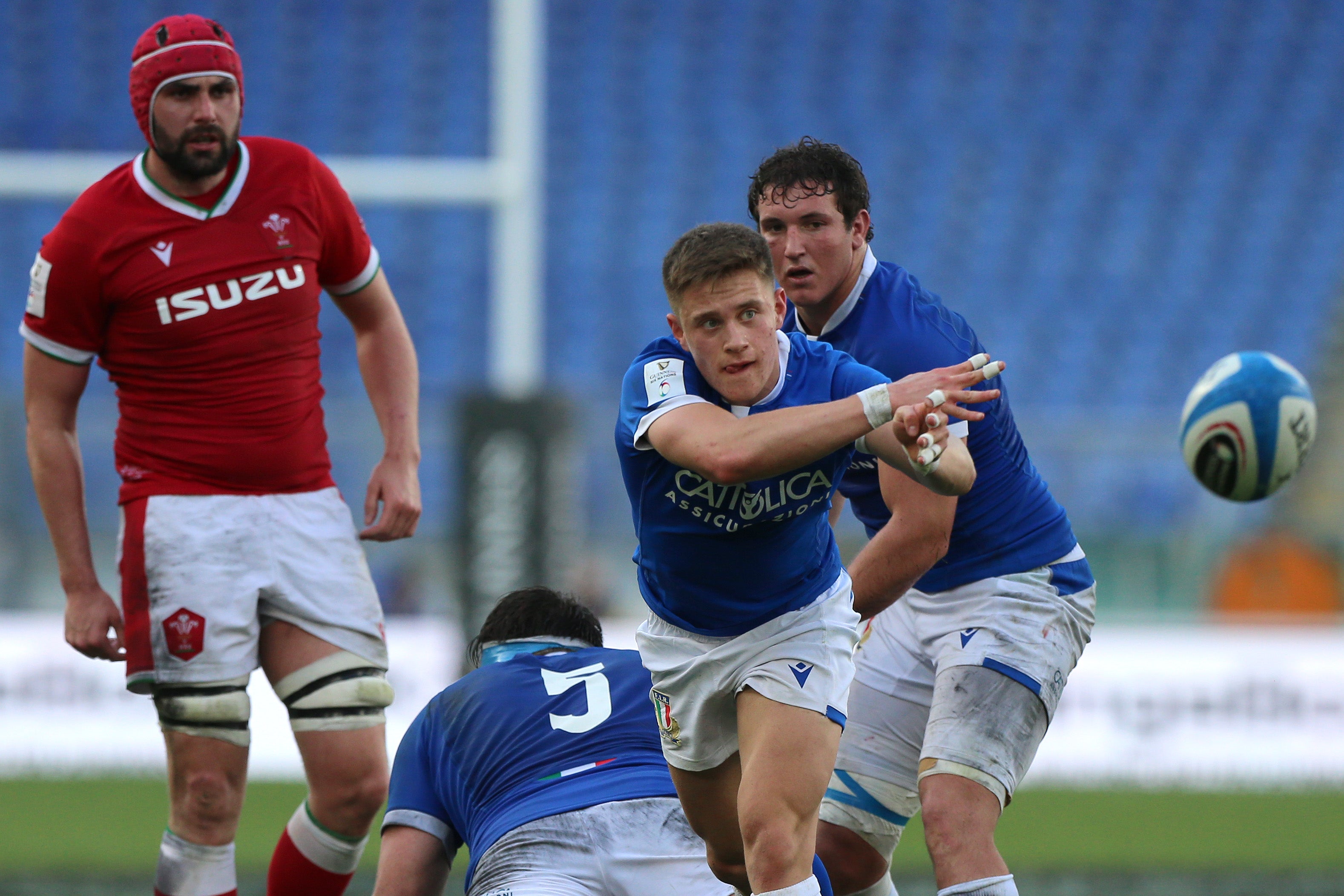 He made more mistakes than he made improvements from his performance against Ireland two weeks ago.

Only heard his name mentioned a few times in the match, he looked promising when fed the ball but the lack of attack from Italy stalled him.

A similar situation to Bellini but he looked impressive when given the chance to perform.

Promising with ball in hand but too many errors to be higher than a five.

It was a mistake to take Ioane off temporarily in the first half when Franco Smith re-structured his side after Luca Bigi was shown yellow. Great try in the second half.

Fumbled the ball too many times and kicked the ball out on the full at the start of the match.

He is a promising star for his club Gloucester and shows some signs of brilliance for Italy but he’s not doing enough on the international stage.

Another Italian star who isn’t impressing at the moment.

Second yellow card in two matches for the captain, not leading by example when Italy really need inspiration.

Great for Italy come scrum time but not given enough chances to impress.

Just not doing enough to put his team on the front foot.

He is good when tackling but isn’t given enough time on the ball to show his best performance.

Yet another player who could be great, he made 60 metres and had 12 carries but lack of teach cohesion is letting him down.

He lost the ball in a tackle which nearly lead to Rees-Zammit scoring a try.

Unimpressive with ball in hand, Italy need to start getting their fundamentals right as a team. 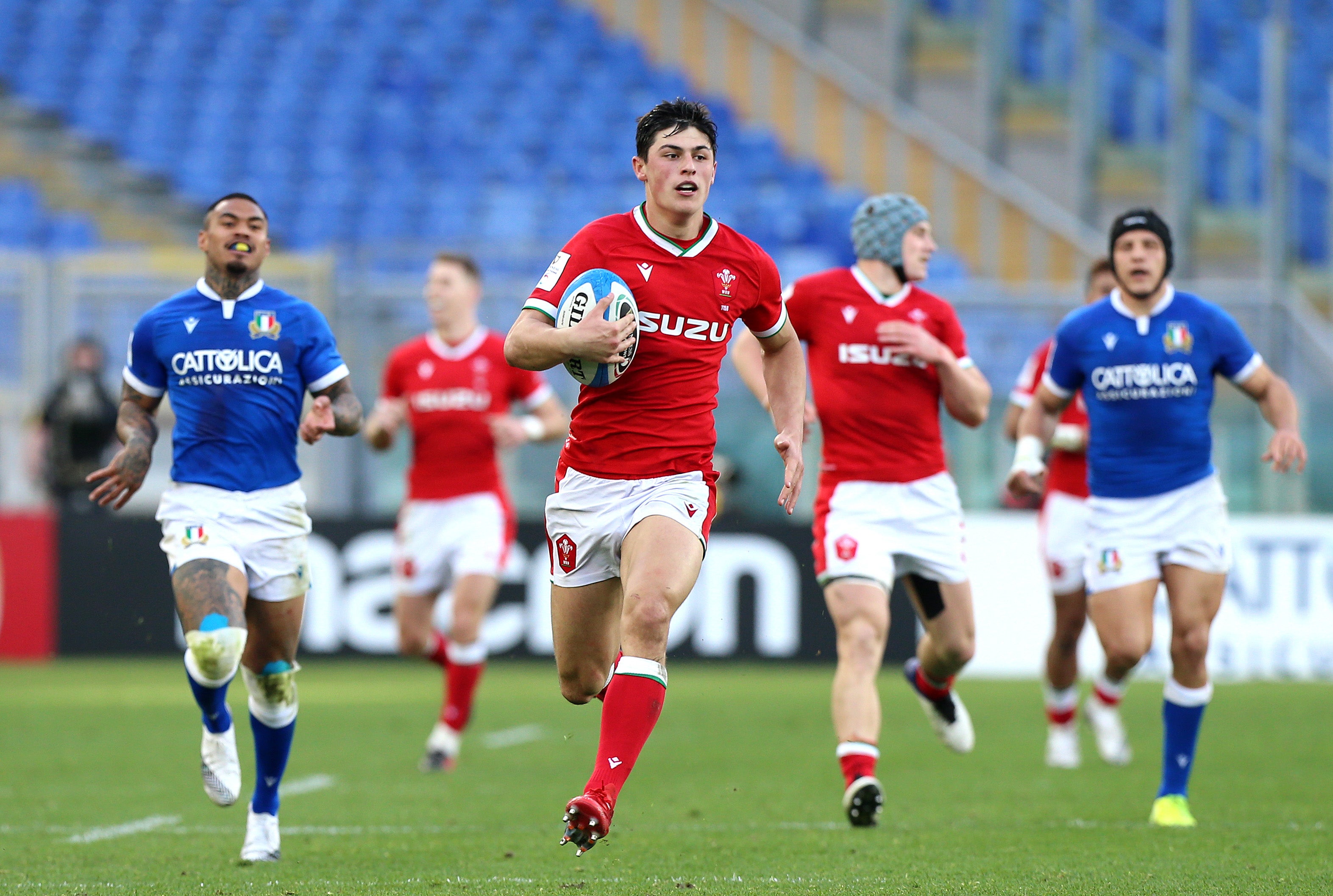 Williams is consistently good for Wales and today’s match was no exception. He made good metres but wasn’t challenged under high ball or with any covering tackles. Prefer to see him on the wing, his best performance of the tournament has been against Scotland, but with Josh Adams and Louis Rees-Zammit as competition Williams will be happy he is getting on the field.

Wales’ star of the moment and of the future, Rees-Zammit once again displayed his world class talent. If it were not for a forward pass by Dan Biggar he would have scored in the first half. Great eye for space and has the speed to follow through with his skill when he puts boot to ball. Amazing interception and pace to score in the second half.

While he may not be grabbing headlines as much as Rees-Zammit and Adams, North continues to be a sure starter for Wales. Great run for the line to score Wales’ fifth try of the afternoon and solid in defence in his 101st cap, there’s no doubt he’ll be collecting many more.

Davies stopped Italy’s most promising attack play as he ripped the ball in the ruck and fed a beautiful ball to North to score.

Every time Adams had the ball in hand he looked dangerous. Superb catch and run for the line to score his first try and unlucky to get his second ruled out. He is becoming indispensable for Wales.

Biggar missed two kicks but hit a huge punt to put his team in a great position in the 22 in the first 40.

Solid performance from the scrum-half but not as good as injured Kieran Hardy was against England. He has more to do to prove himself to be a guaranteed starter.

Not his best game of the tournament but he continued to be a great presence for Wales.

A huge performance from the hooker saw him score two tries and consistent line-out success. He is possibly the best hooker in world rugby at the moment.

Another solid stint from the prop, he has been a great player for Wales’ unbeaten run.

He made good metres in attack but he did concede Wales’ first penalty of the match.

Another composed captain performance for Wyn Jones, he is the most experienced player in the world and he has a lot more rugby left in him.

Great pass to Callum Sheedy to score, consistent in all areas of the pitch. He won Player of the Match for his huge carries and passes.

He has been great for Wales for years. The fact he is still on the starting sheet and plays as good as he did today is a testament to how phenomenal he is for his country.

He scored a great try and looked fresh despite playing every game for Wales and his club Bath in the rest weeks of the Six Nations.

Rugby coverage is brought to you in association with QBE who help businesses build resilience through risk management and insurance. For more information go to QBEEUROPE.com