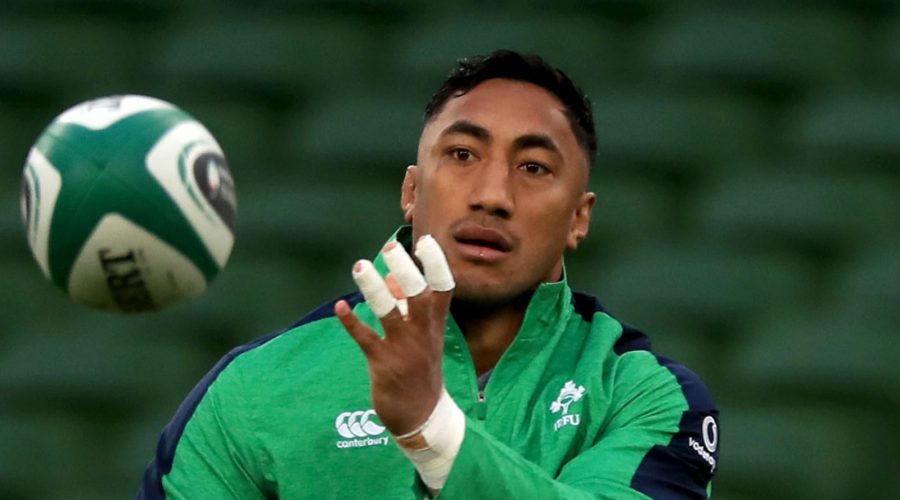 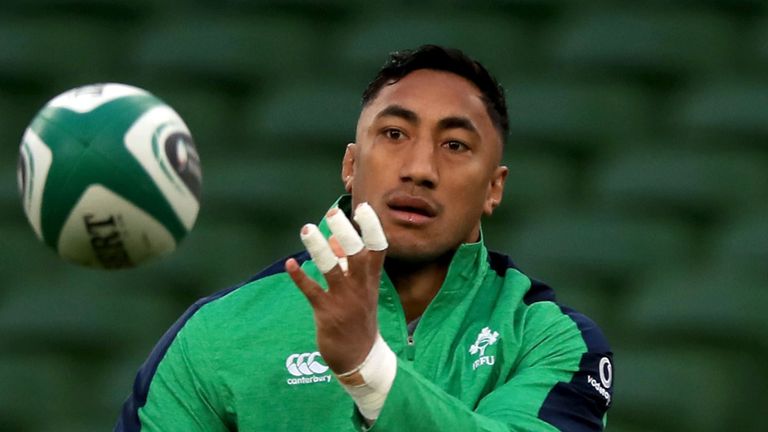 Ireland centre Bundee Aki has been handed a four-game ban for his high tackle on England’s Billy Vunipola in Saturday’s Six Nations clash.

Aki, who plays for Pro 14 side Connacht, was red carded after 63 minutes for the controversial challenge on the England and Saracens No 8, with Ireland going on to win the game 32-18.

The sanction, which could have been up to six weeks, rules Aki out of his club side’s next four matches.

Aki, who appeared in front of an independent disciplinary committee on Tuesday over Zoom, was praised for accepting the charge as well as his “clear remorse and concern for the welfare” of Vunipola.

However, his disciplinary record counted against him and meant the ban was reduced to four weeks, rather than three.

A statement from the Six Nations said: “The Disciplinary Committee accepted Mr Aki’s explanation of the incident and that his intention had been to perform a legitimate tackle.

“The entry point was six weeks. The Disciplinary Committee identified no aggravating features.

“In terms of mitigation, the Disciplinary Committee gave credit for Mr Aki’s prompt acceptance that his actions had constituted foul play and been worthy of a red card, his attitude to the disciplinary process before and during the hearing, and his clear remorse and concern for the welfare of Mr Vunipola.

“However, Mr Aki’s previous disciplinary record meant that the Disciplinary Committee did not allow the maximum 50% possible discount. The entry point sanction was accordingly reduced by two weeks so that the final period of suspension is four weeks.

“The Disciplinary Committee determined that the suspension should cover Mr Aki’s next four matches for Connacht in competitions organised by EPCR or Pro Rugby Championship (eg the Guinness PRO14 or the Rainbow Cup).”