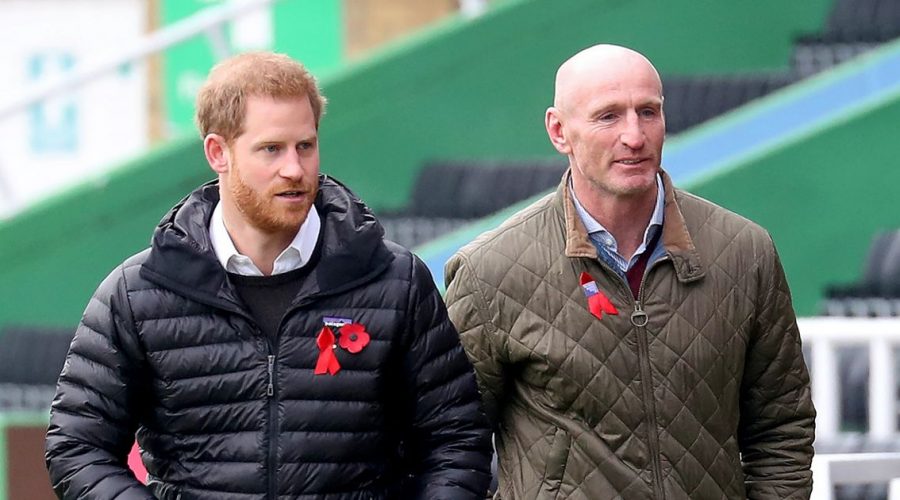 Gareth Thomas has paid an emotional tribute to the role Prince Harry continues to play in helping him end the stigma of living with HIV.

A new survey by the Tackle HIV campaign led by former rugby star Thomas has revealed a significant lack of understanding still exists.

The ex-Wales and Lions captain praised Russell T Davies’ acclaimed TV drama It’s A Sin for the job it did in bringing the conversation about HIV into the nation’s living rooms.

But nobody’s support does he value more than that of the Duke of Sussex, whose mother, the late Princess Diana, first changed attitudes to Aids back in the 1980s.

“People say to me, ‘blimey Alfie you live on a council estate, what are you doing being friends with a Prince?” said Thomas, on the 40th anniversary of the first case of HIV.

“That says it all about him. He wants what was started by his mother to not stop until there is no reason for us to have these conversations; no reason to have any organisations or support groups or helplines any more."

Results of the survey show that:

* Fewer than one in five people know that someone living with HIV, who is on effective treatment, cannot pass HIV onto their sexual partner.

* 49% of those asked would not consider taking an HIV test, with 43% saying they aren’t at risk, suggesting significant misunderstanding about the virus The Duke has been a lifelong advocate of HIV awareness and in 2019 joined forces with Thomas and the Terrence Higgins Trust to raise awareness for National HIV Testing Week.

“Harry is passionate about breaking the stigma that surrounds HIV," added Thomas. "He’s there for the journey. He wants to see it out.

“What's more he still finds time to pick up a phone or text to ask whether this ex-rugby player from Bridgend is okay.

“For the last year and a half, since I made my announcement about living with HIV, he’s been there every step of the way, supporting me as a friend.”

Tackle HIV, a campaign led by Gareth Thomas in partnership with ViiV Healthcare and the Terrence Higgins Trust, aims to tackle the stigma and misunderstanding around HIV. Visit www.tacklehiv.org and follow @tacklehiv