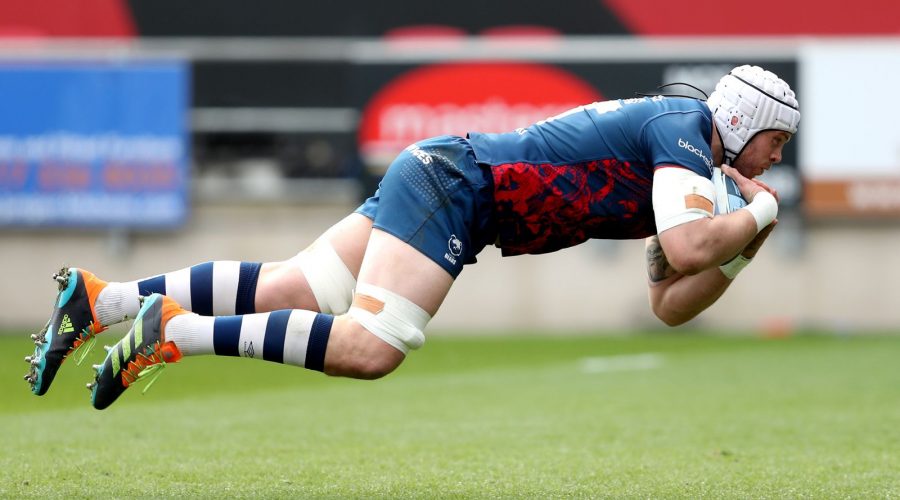 Callum Sheedy’s last-gasp conversion gave Bristol a stunning 35-33 comeback victory over Harlequins in an enthralling contest at Ashton Gate to further extend their lead at the top of the Gallagher Premiership.

Two Bears tries in the final moments of the game snatched victory away from title rivals Harlequins, who had looked almost certain to inflict just a second home defeat on Bristol this season.

But the leaders showed their perseverance for a second successive week to boost their bid for a maiden Premiership crown.

It was an all-action, back-and-forth encounter between the Premiership’s first and third-placed teams, as Six Nations stars Sheedy, Kyle Sinckler, Ben Earl and Joe Marchant all returned to club duty.

A St Patrick's Bonus Point win for the Exiles!!

After a tight first half which ended with Bath trailing by just four points, their discipline unravelled after the break as they finished the contest with 13 men following red cards for Tom Dunn and Charlie Ewels.

Will Muir’s early try put Bath in front, the Loader and Matt Rogerson registered before the interval.

Anthony Watson marked his return from Six Nations duty with a try moments after the resumption but as their numerical advantage grew, Irish took control.

An inspired Tom Parton added a third, before Loader and Curtis Rona went over to give Irish a healthy lead.

They very nearly relinquished it after late scores from Josh McNally and Jack Walker gave Bath the consolation of two bonus points and had the game lasted five more minutes, the outcome may have been different.

Chris Ashton was sent off in the 49th minute as Worcester’s nightmare season continued with a crushing 62-14 defeat to Northampton at Sixways.

5️⃣ points at 6️⃣ways after 7️⃣ second half tries.

The former England wing had earlier scored a Worcester try but his charge into a ruck saw his forearm make contact with an opponent’s head to pick up a red card.

His departure sealed Worcester’s fate as they fell to their 14th consecutive defeat, and they remain rooted to the bottom of the Gallagher Premiership table.

A late Josh Beaumont try ensured Sale Sharks tightened their grip on a play-off spot courtesy of a 20-19 victory against Wasps in a game littered with yellow cards for the visitors.

Belief and determination prevails, despite a hefty bout of indiscipline in the second half.#WASvSAL pic.twitter.com/NKpZRJPorp

Alex Sanderson’s side had four players sent to the sin-bin in the second half but never let their hosts get away from them and provided a sucker punch when Beaumont’s try was converted by Rob Du Preez with a minute remaining.

March 27, 2021 Rugby Union Comments Off on Gallagher Premiership: Bristol Bears come back to win late on and extend lead at top of table
NFL News