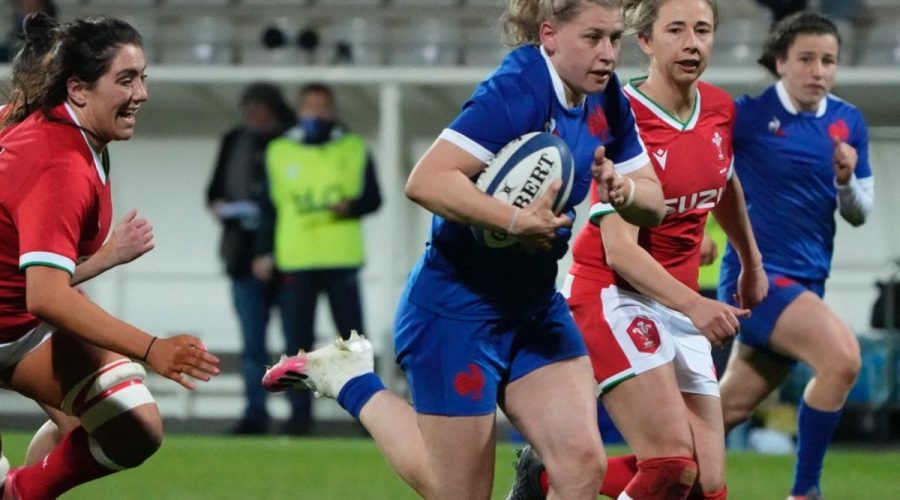 France started their Women’s Six Nations campaign by brushing aside Wales 53-0 in Vannes, where Caroline Boujard score an early hat-trick of tries.

Defending champions England had earlier opened the revamped championship, which sees teams split over two pools, with an emphatic 52-10 win over Scotland.

Les Bleues responded with a seven-try demolition of the Welsh, who were outclassed at Stade de la Rabine as Boujard crossed three times inside the opening quarter-of-an-hour.

Montpellier wing Boujard set the tone when she went over after only two minutes, with Pauline Bourdon successfully converting all of her team-mate’s early scores as well as slotting over a penalty to put France 24-0 ahead.

Agathe Sochat added another converted try before half-time as the hosts went into the interval leading 31-0.

Emeline Gros crossed for another two tries in the second half before Emilie Boulard and Laure Touye scored late on to complete France‘s comprehensive victory.

Warren Abrahams’ Wales side will now regroup for their second Pool B match at home against Ireland, with France set for a rest weekend ahead of their match in Donnybrook on April 17.