No sooner than the final whistle blew on Harlequins’s Premiership defeat by Bath on Saturday than anticipation towards their next home game increased, despite the obvious disappointment of their play-off hopes all but ending for another season.

The 27-41 loss at the Twickenham Stoop was an important day not just for the home side but for the sport on the whole as supporters returned to a fixture for the first time since March. Having seen horse racing, snooker and football handed pilot events to test the safe return of fans to sport, rugby union got its chance to prove it can do just that in south-west London at the weekend, an important first step towards the same happening across the country.

It was a bitter-sweet day for all involved at Harlequins, but the occasion felt far more significant than just another Premiership result. The four rounds that have taken place behind-closed-doors since rugby’s return have lacked the kind of atmosphere that returned at the Stoop, where the home side were cheered out of the tunnel for the first time in months and cliche observations were thrown at the referee with reckless abandonment.

For the first time since March, it felt like rugby was back.

“I think you could hear by the volume of noise when the team ran out that it was good to have that level of people in the ground,” said Harlequins chief executive Laurie Dalrymple, having already received positive feedback from those authorities watching on the closest.

“Also just having that atmosphere in the stadium, even circa 2,500 people, just makes such a big difference. There are so many aspects of today’s game that were really positive. I really genuinely hope we can see this as a way to get our sport back.

“This does feel like this is more of positive stepping stone. We have had four games behind closed doors which has been a functional way to conclude the league but supporters are such a big part of what we are as a club. To not have supporters is an understandable reflection of where we find ourselves, but it is disappointing. It feels like an important milestone today and feels like a positive step forward for other live events, sports and this club getting back in the right direction.”

There were positives and negatives, as is to be expected when new measures are introduced for the first time. The club implemented a bar-to-seat service for food and drink to be delivered to the stands courtesy of a mobile order delivery service, which while it appeared to work successfully, is much harder to do when the stadium capacity increases.

Fans were asked to keep their face masks on for the duration of the game, which wasn’t always the case and required a tannoy announcement to reminder them of the stipulation for their return, while many chose to ignore the request to remain in their seats until they received the green light to head home by leaving before the full-time whistle once the result was beyond doubt.

But they felt like minor issues on a day when the majority stuck to the requirements and showed the way forward in getting rugby back for the many.

“Off the pitch our initial feedback was excellent,” Dalrymple added. “We have had some feedback already from council, the DCMS and senior safety advisory group all of whom are happy with the day. I have not heard any supporter negativity. All the hard work over the past nine to 10 days has paid dividends.

“We have said on previous occasions that having supporters in the stadiums is fundamental to the future financial stability of the clubs. For all of our fellow clubs, it has to be done in a format that is safe and secure. I think we demonstrated that we can do that safely and securely. Hopefully we get the chance to do it again. Perhaps we will get a chance to do it with a gradual uplift in numbers. It is extremely important to get supporters in the ground.” 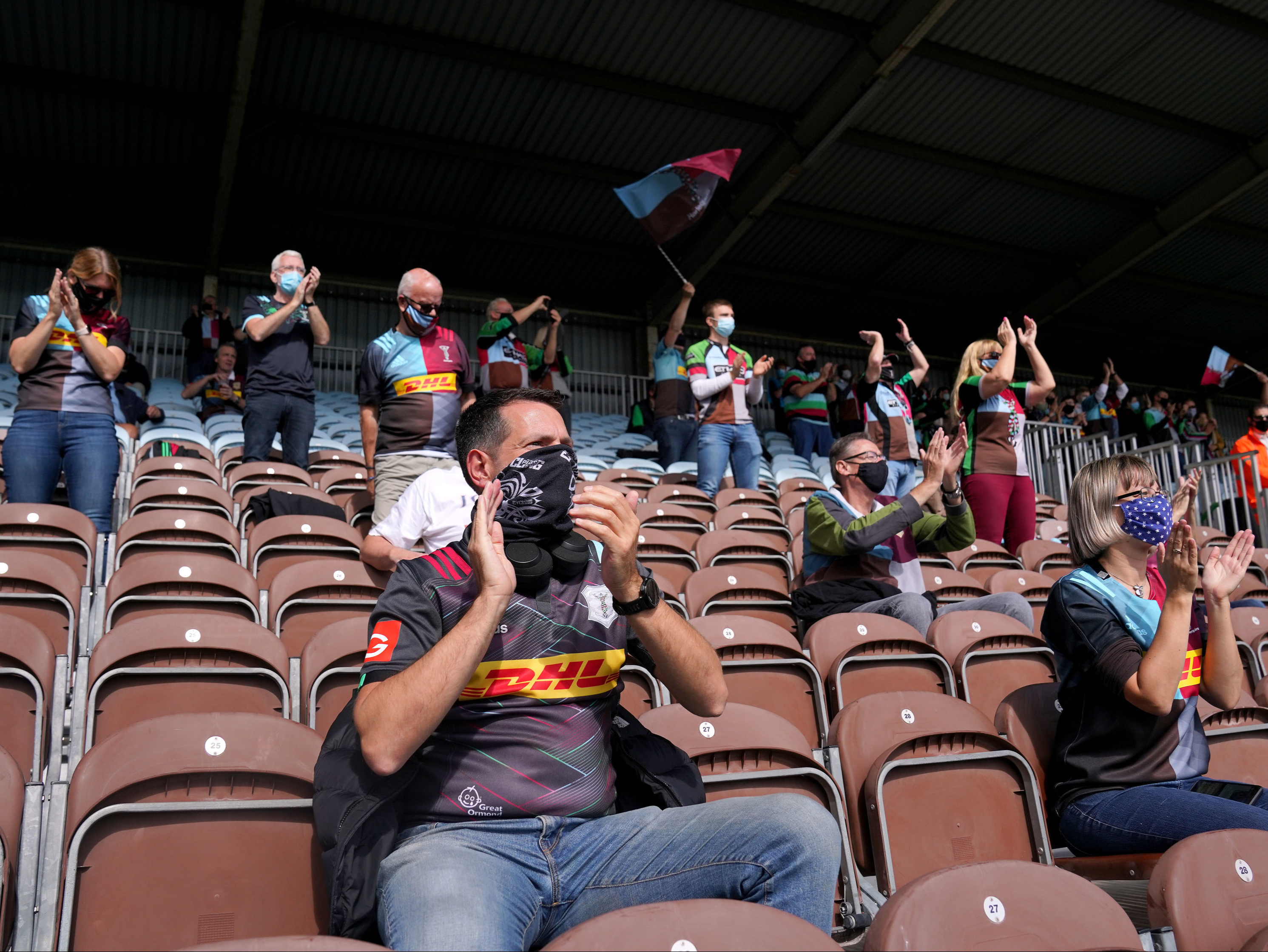 The plan now is to liase with the local authorities and the DCMS in the hope that Harlequins’s next home fixture, against Wasps in the TBC round 21, could feature twice as many supporters at the Stoop if the club get their way, and it’s not something that will be confined to the stadium if anyone else wishes to follow suit.

“I would be more than happy to share,” Dalrymple added. “I saw today as an opportunity to present a really positive position for Premiership Rugby, not just Harlequins.

“Rugby as a sport has the ability to sensibly congregate again and do it safely. Harlequins have been in that position but I don’t see any reason why other clubs can’t do it.”

September 7, 2020 Rugby Union Comments Off on Fans return to bring a sense of normality as Harlequins aim to continue leading by example
NFL News