England’s match against France is in danger of being cancelled, as Typhoon Hagibis has changed course and is now due to tear through the Tokyo and Yokohama area this weekend.

Eddie Jones’s side have their final Pool C fixture against the French at Yokohama Stadium on Saturday evening, with the match kicking off at 5pm local time here.

However, the 19th typhoon of this storm season – which had been heading towards the south west of the country – is now expected to subject the capital and surrounding areas to violent winds of up to 160mph. 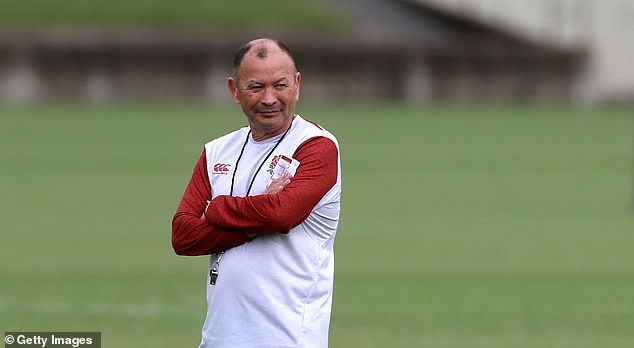 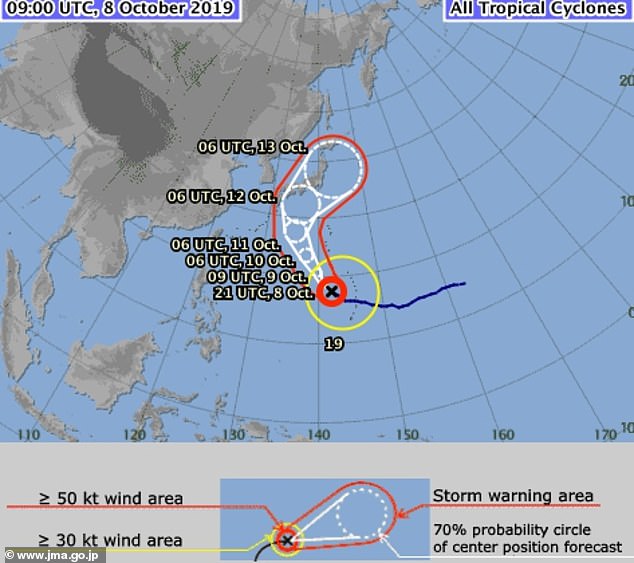 When England arrived in Japan on September 9, their transfer into the centre of Tokyo was delayed for several hours as a result of the after-effects of Typhoon Faxai, which caused considerable damage and disruption. But Hagibis is predicted to wreak far more havoc and it could have a major impact on the final round of World Cup pool matches.

While contingency plans have not been officially confirmed, tournament organisers may have to switch ‘Le Crunch’ to another venue, if it has to be postponed until Sunday, as hosts Japan take on Scotland at Yokohama Stadium that evening.

In the event of a cancellation, the England-France match would be declared a no-score draw, leaving Jones’s men top of Pool C – but also meaning they could be pitched into a quarter-final the following Saturday under-cooked.

World Rugby last night issued an update about the approaching typhoon and the implications, which read: ‘It remains too early to fully predict the movement and impact of the storm, however the latest modelling by our weather information experts indicates that it is now tracking north and east and will bring strong winds and heavy rain to Tokyo and surrounding areas on 12 October.

‘Public and team safety is our No 1 priority. While we have robust contingency plans in place for pool matches, such plans, if required, will only be actioned if the safety of teams, fans, and workforce can be guaranteed. It would be inappropriate to comment on any contingency plans at this stage.’ 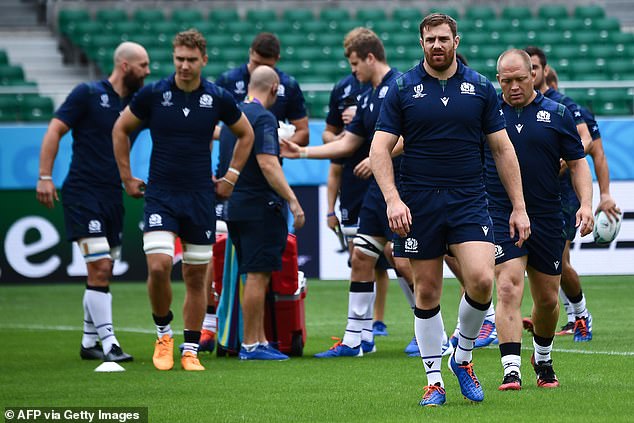 ‘Public and team safety is our number one priority. While we have robust contingency plans in place for pool matches, such plans, if required, will only be actioned if the safety of teams, fans, and workforce can be guaranteed.

‘It would be inappropriate to comment on any contingency plans at this stage.

‘We will continue to closely monitor this developing situation in partnership with our weather information experts, local authorities, transport providers and the teams, and will provide a further update tomorrow. Fans are advised to monitor official Rugby World Cup channels for any updates.’