Joe Cokanasiga was front and centre on Friday as England fine-tuned their preparations ahead of facing Japan this weekend.

Eddie Jones is ready to hand the 6ft 3in, 18-stone man-mountain wing his debut at Twickenham as they aim to bounce back from the narrow defeat by the All Blacks.

He is one of 11 changes in personnel for the penultimate autumn international of the year and looked in high spirits alongside his team-mates at Pennyhill Park. 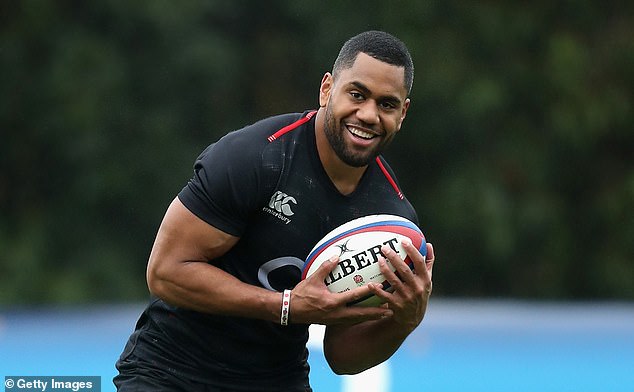 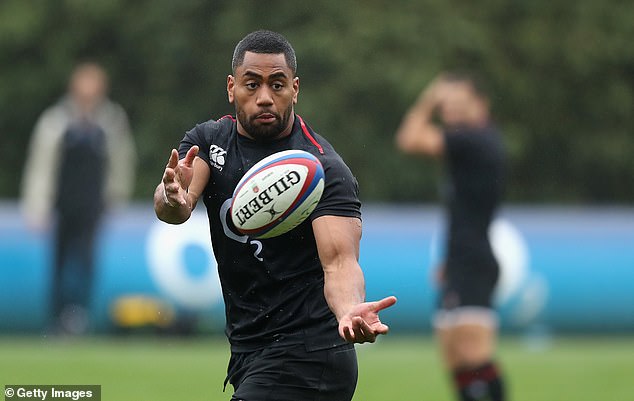 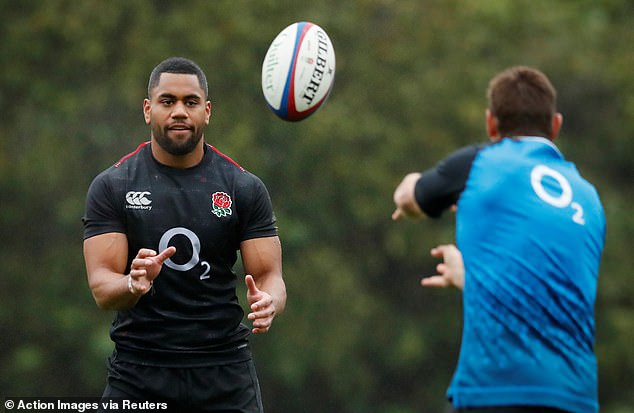 After 17 months of waiting for this chance the 21-year-old is chomping at the bit.

He was taken on England’s 2017 summer tour to Argentina, but Jones deemed it too soon for his Test baptism.

But his performances at Bath since a summer move have prompted his re-call, and Jones is now ready to unleash ‘something special’ on Saturday.

‘There’s something a little bit special about him so we’re looking forward to seeing him play’, admitted the England coach. 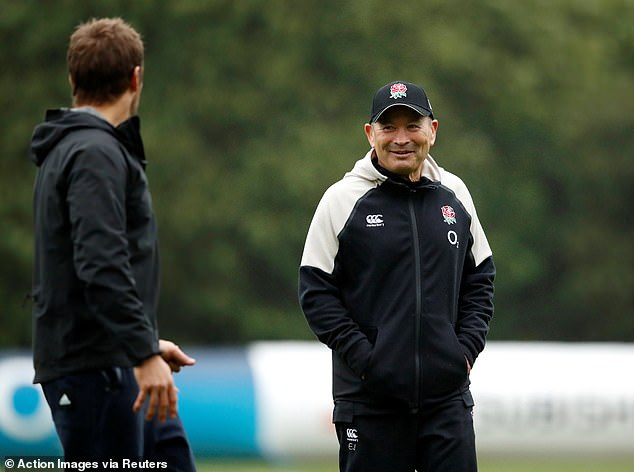 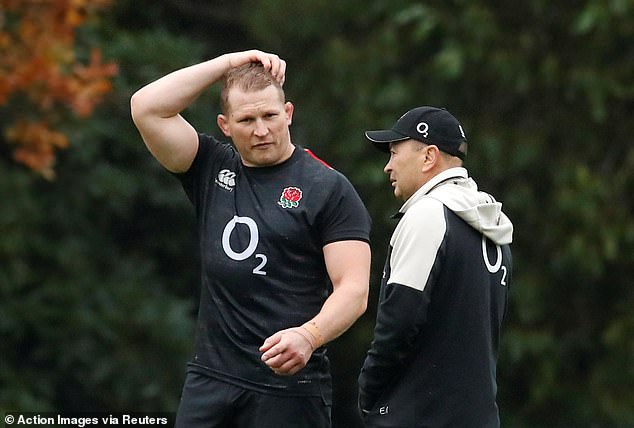 ‘He’s got power and he’s got pace.

‘He’s got a nice ball sense, he can throw an offload out of the tackle and he can find the line.

‘It’s always handy to have one big winger that can dent a line and there aren’t a lot of those playing rugby in England.

‘We saw Joe playing for the Under 20s and wanted to see what he had, which at the time wasn’t much! He’d basically run out for training and was exhausted,’ Jones added.

‘But he has worked really hard at his game, he has changed clubs and shown a real desire to be a Test player.

‘He’s toughed out a few games where he’s not been at his best, he’s got some knocks and he’s just hung in there and played tough all the time. It all added up.’ 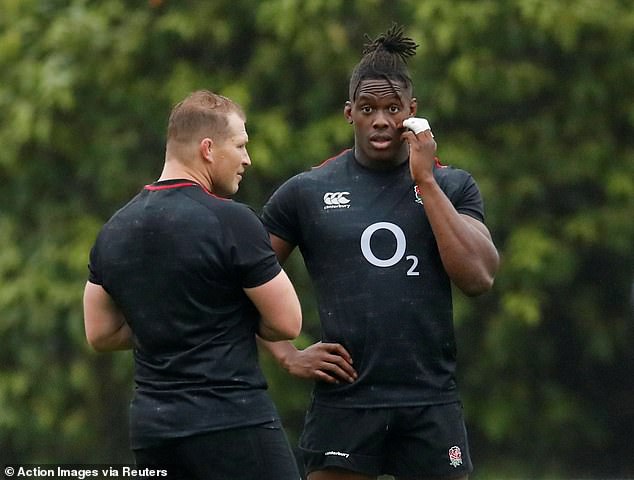 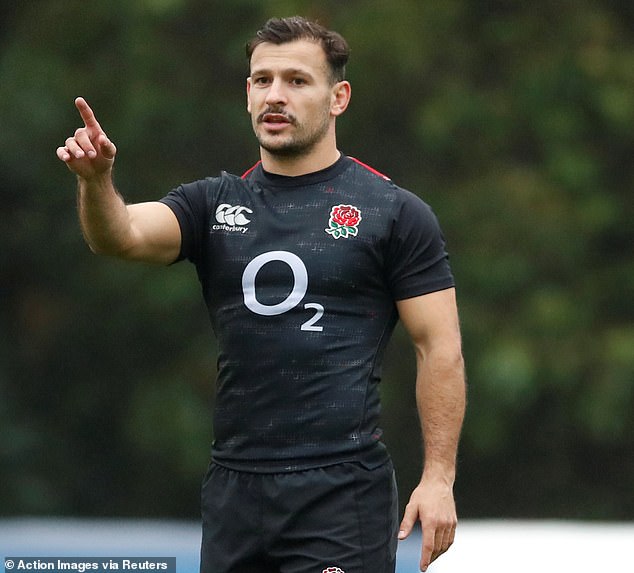