‘I am the second guy behind Billy Vunipola’: England exile Carl Fearns wants back-row spot… even though he can’t be picked by Eddie Jones

England exile Carl Fearns believes he is the only man who could replace Billy Vunipola – but cannot be picked because he plays in France.

The 29-year-old 18st 8lbs Lyon man is a powerful ball-carrying back-rower who left Bath in 2015 around the time of Sam Burgess’ ill-fated stint at the club.

He never won an England cap, but did play for the second-string Saxons and in a non-cap match against the Barbarians. 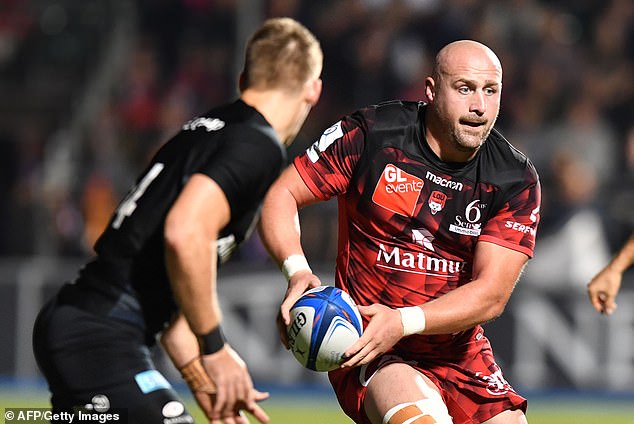 The RFU have a rule which precludes them from picking those who play outside of England, and head coach Eddie Jones said he would not activate the ‘exceptional circumstances’ clause for Fearns.

But the man himself, having returned from a serious knee-injury that saw him miss almost an entire year of rugby, says England could do with him – especially with Vunipola, Nathan Hughes, Sam Simmonds and Chris Robshaw all injured.

Fearns, who played against Saracens on Saturday, had the chance to sign for Gloucester last year but backed out of the deal.

‘The reason I was going to come back to England is that if you take Billy Vunipola out of the England team there is no other real back row who plays like me,’ he said.

‘I am the second guy behind Billy Vunipola in my eyes. 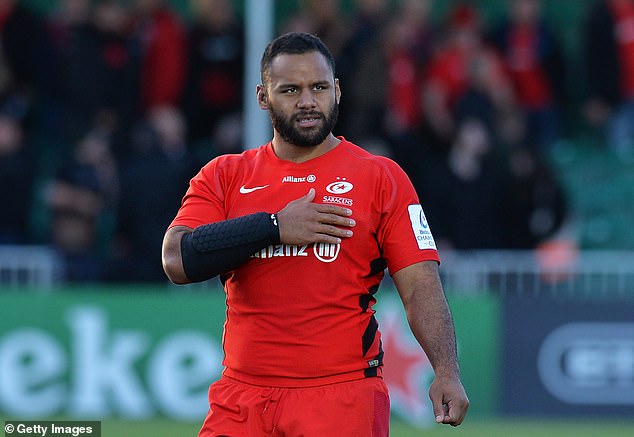 ‘I felt it would eat away at me. I ended up staying in Lyon and then getting injured for a whole year so it ended up being the right decision.’

Fearns – nominated for the French Top 14 league’s player of the year award in 2016-17 – has not ruled out a return to England to force his way into World Cup contention in 2019. 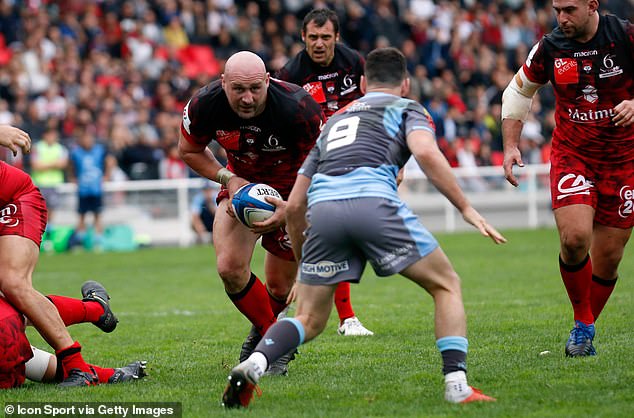 ‘I’m happy where I am at Lyon. If I get back to the levels I was at two years ago then who knows what is going to happen.

‘I made the decision to stay and not go to Gloucester and I’m happy with that. I’ll be honest, I am well off the pace fitness wise after being out for 12 months.

‘I am in France so Eddie can’t pick me and there’s nothing I can do. All I can do is keep playing well for Lyon and if people want it to happen then it might happen.’