Jack Nowell will have an early opportunity to demonstrate his credentials as one of Eddie Jones’ new breed of player when he returns to England’s starting XV against Ireland on Saturday.

When Jones announces his line-up for Dublin on Thursday morning, Nowell is set to be recalled on the wing — but with a brief to help combat Ireland’s ferocity at the breakdown.

Jones insisted the Exeter Lion could be a contender to play at openside flanker when he named him in his Six Nations squad two weeks ago. 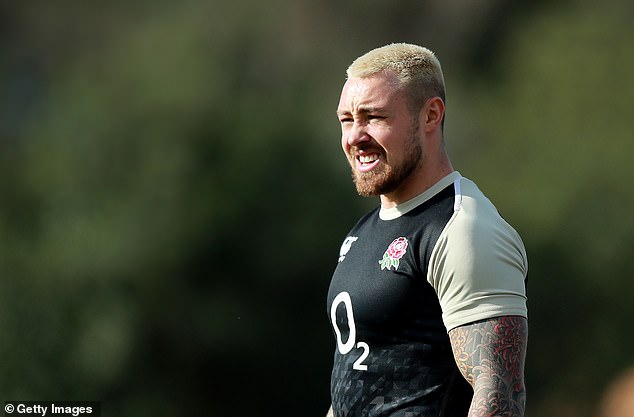 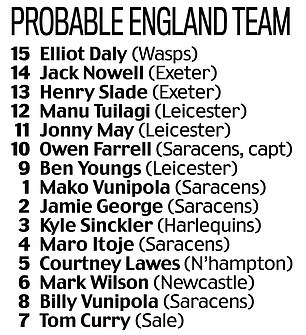 He said: ‘He is going to be the new breed of player. He is definitely an option at seven, because he has great ball-carrying, great tackling skill; he puts his head over the ball, he’s a tough little bloke. There is no reason why you can’t play nine forwards.’

Nowell will be charged with helping the pack negate Ireland’s ruck threat. England have been ambushed in Dublin before and scrum-half Ben Youngs, one player who knows all about it, said: ‘With Irish teams, they are just mad about the fight. I am talking about the breakdown, the aerial stuff, the bits of the game that are just no-talent-required niggly stuff.

‘Whenever we’ve come unstuck, it’s been around that area of the breakdown. They’ve got a huge amount of guys who can jackal and a defence system that puts you under pressure. So there’s no surprise we’ve spent a lot of time focusing on the breakdown. It’s a huge strength of theirs.’ 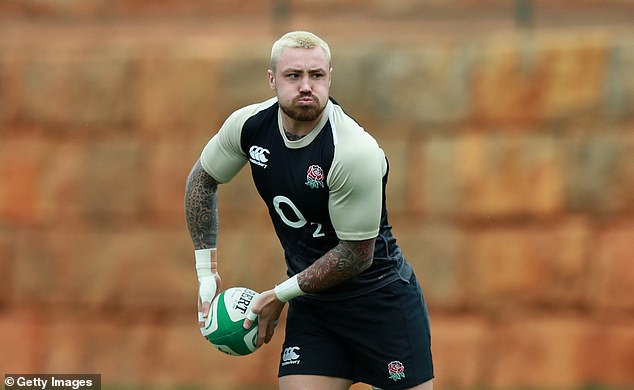 The enforced withdrawal of Worcester centre Ben Te’o has caused disruption to England’s selection plans behind the scrum. Among the backs, there are likely to be just two changes from the side that started against Australia at Twickenham in late November.

Nowell replaces the injured Joe Cokanasiga, while Manu Tuilagi will start alongside Henry Slade in the centre.

Although Mike Brown was retained in a squad of 25 for Dublin, Sportsmail understands he will not make the starting XV. 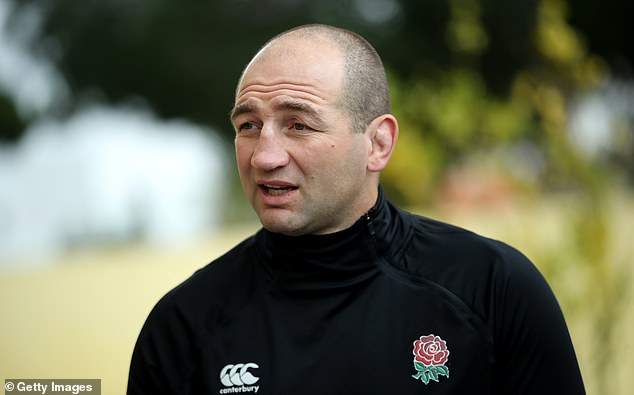 The versatile Elliot Daly operated at full-back during the autumn and despite his problems under the high ball, it appears that he will remain at No 15.

England are certain to face an aerial barrage in Dublin and forwards coach Steve Borthwick emphasised the importance of collective responsibility in dealing with it.

‘It’s an area where all of our back-three players are working hard to improve,’ he said. ‘It’s also a team skill because you have to get around the catcher, to help him. Catching everything clean is nigh-on impossible.’

Up front, the primary selection intrigue involves the choice of lock to partner Maro Itoje, with Courtney Lawes arguably the leading candidate.