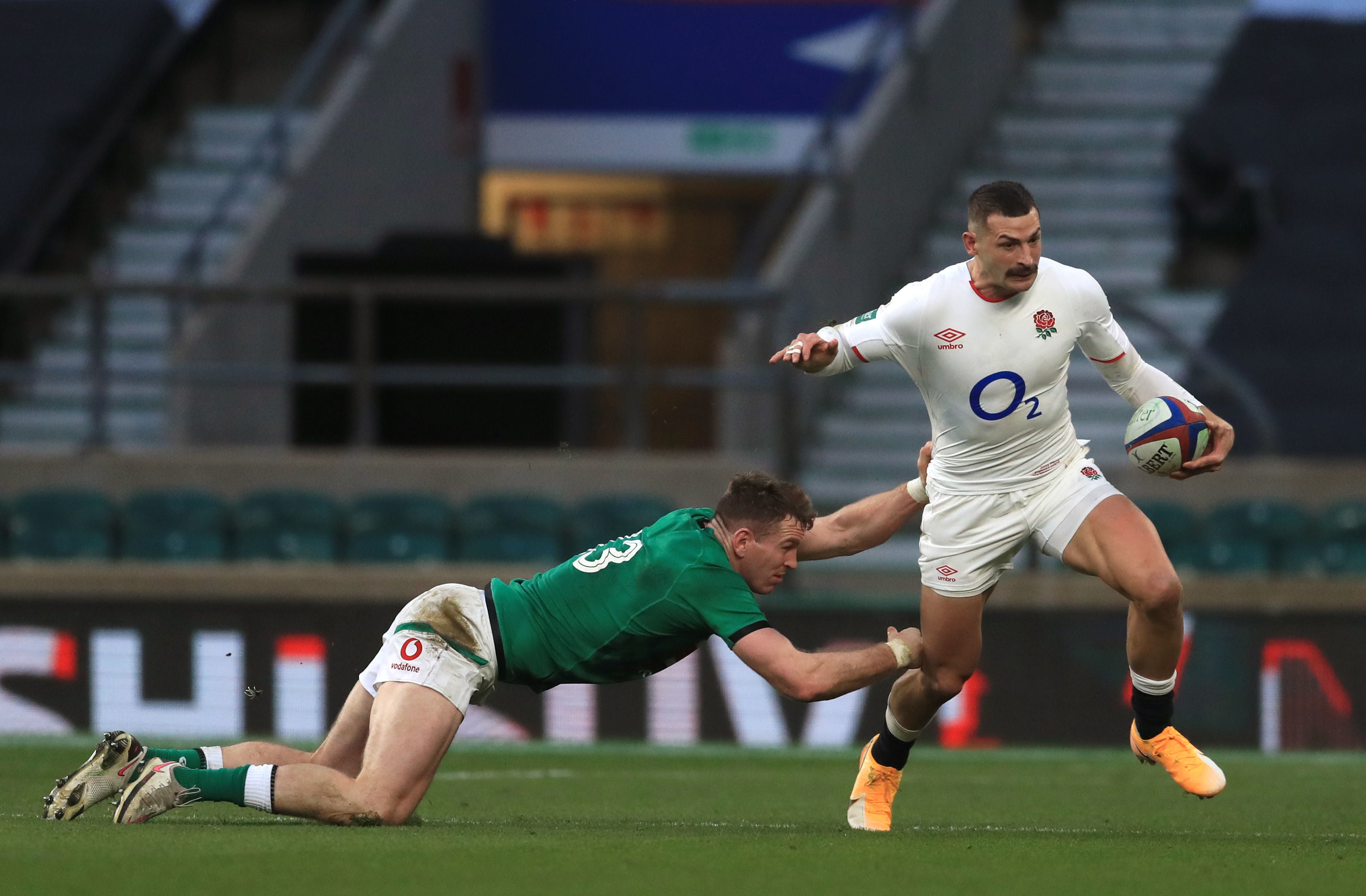 But while May’s attacking brilliance shone through, it was England’s dominant defensive effort that paved the way to a fourth consecutive victory over Ireland in the space of 21 months. England made a stunning 238 tackles during the 80 minutes with only nine efforts missed, compared to Ireland’s 11 missed tackles out of just 72 completed, such was the workrate that the home side got through without the ball.

“We got a little bit loose and a run of penalties in the second-half but that just shows how much more we’ve got in us.

“There’s a few things we can still tidy up, we allowed them in the second half to poke their heads through a few times when we had a good hit and we didn’t go through with it. But we work hard on that area of the game and we know it’s important, and we can keep improving in our defensive capabilities.”

The victory comes off the bonus-point win over Georgia last weekend and puts England on the verge of qualifying for the Autumn Nations Cup final against either France or Scotland, although a bonus-point defeat against Wales next weekend could yet stop Jones’s side from topping Group A.

Wales go into the game as large underdogs despite hosting England on home soil at Parc y Scarlets, given they went into Saturday’s game against Georgia off the back of six straight defeats under new head coach Wayne Pivac, but Jones expects a typical feisty affair across the Severn regardless of the form being shown.

“They’re always different against us,” he said. “That’s the game they wrote a song about in 2000 about how the only game that counts is beating England, so we’re anticipating a different animal next Saturday and we’ll need to prepare well to be right for them.”

Simmons, Embiid are 76ers’ core and new boss wants it stay that way