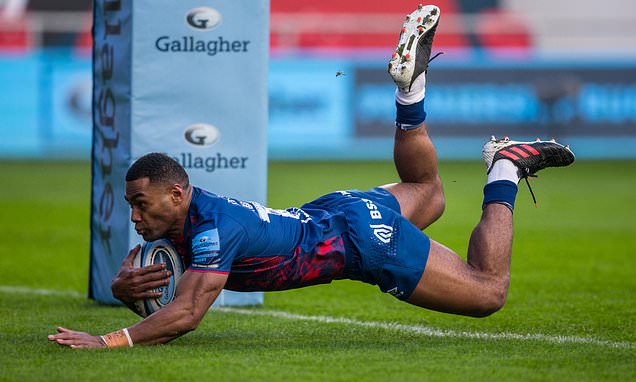 Bristol Bears 29-17 Newcastle Falcons: Siva Naulago scores inside 43 SECONDS to set hosts on their way to a comfortable victory

Bristol’s tank on the flank — Fijian former Army soldier Siva Naulago — scored inside 43 seconds to propel the Bears to a bonus-point win.

But Bristol were not just reliant on try-scoring stars like Naulago and former England No 8 Nathan Hughes as they moved second in the Premiership table on Friday.

An inexperienced front-row of Peter McCabe, George Kloska and Jake Armstrong performed well in the absence of self-isolating team-mates. 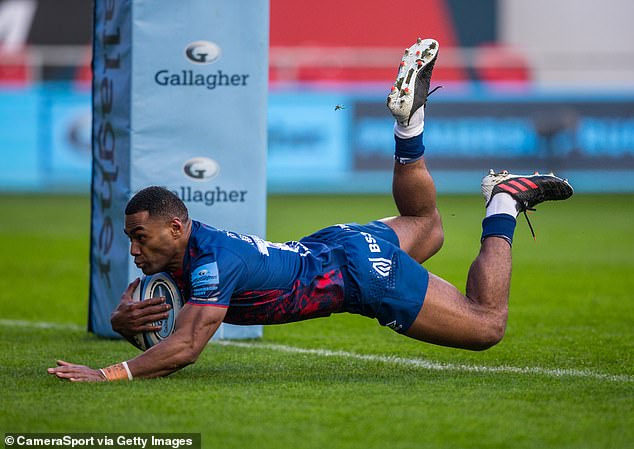 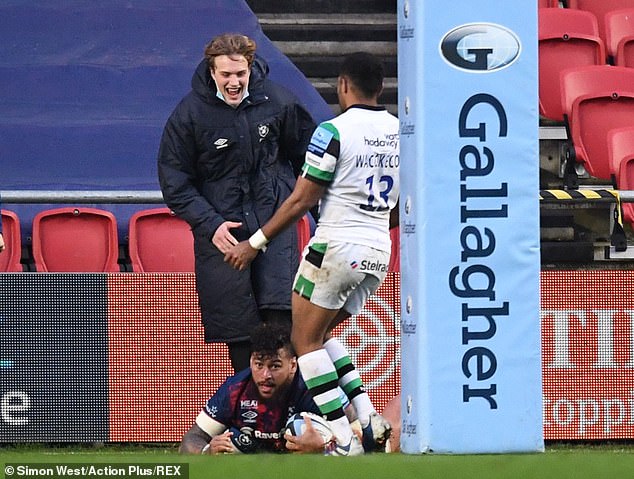 Nathan Hughes, who produced an impressive display, scores a try in the game at Ashton Gate

Kloska impressed coach Pat Lam, as did Kyle Sinckler who was meant to be resting after England duty, but played to make sure the game went ahead after Covid wiped out Bristol’s props.

‘It’s been a challenging week, so massive credit to Pete, George and Jake,’ said Lam.

‘George is only 20 and a converted back-rower at hooker. To come in like that was a good effort.Kyle is class — I can’t speak highly enough of him. He only came in for the captain’s run yesterday to ensure we could play the game.’

Having played against Harlequins, who then discovered they had a front-row positive Covid case, two sets of Bristol front rowers who went to Twickenham had to isolate.

It meant the Bears fielded the green trio and the Falcons fancied their chances up front. 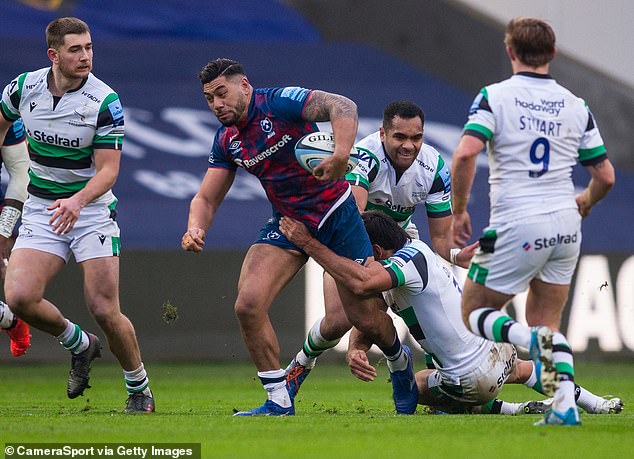 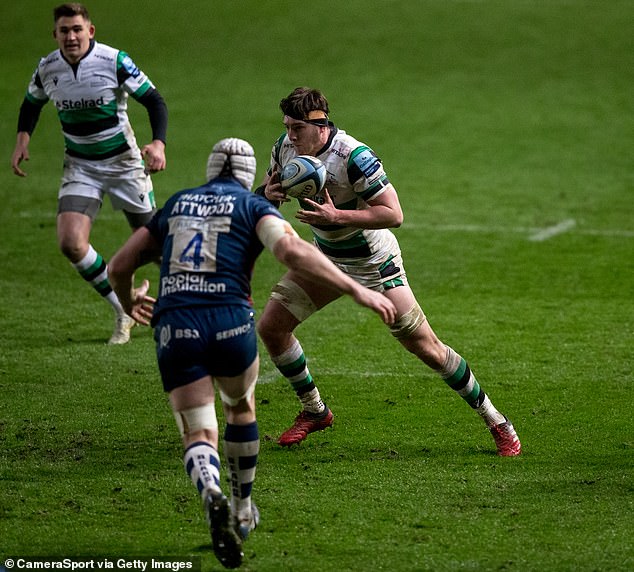 It was a shame then that they conceded 43 seconds in. Tom Arscott forced a pass which was intercepted by Callum Sheedy and the Bristol fly-half raced away. When he ran out of gas, he fed Naulago, who scored. ‘He’s adjusting really well to union,’ said Lam of the league convert.

Sheedy converted and Falcons could have folded, but admirably they did not. Eleven minutes in George Wacokecoke had Bristol in-out, shaking all about with a side-stepping score which Toby Flood failed to convert.

Bristol had Charles Piutau back from injury. He soon showed his class and, after a Piers O’Conor pass had hit the turf when aimed for Semi Radradra close to the line, Piutau superbly scooped up and danced in. Sheedy converted but the Falcons clawed back. It took a long siege, in which Dave Attwood was sin-binned for stopping a maul illegally, but after several minutes camped in the Bears’ 22, Mark Wilson dived over on the stroke of half-time.

Flood could not convert and after the break Hughes exploded off the back of a lineout, charging through Sam Stuart to powerfully score.

An 11-point lead would be tough to come back from — but these Geordies are made of tough stuff having come from seven months of limbo in between the Championship and Premiership to starting the season by beating three of last year’s top five — Bath, Wasps and Sale. 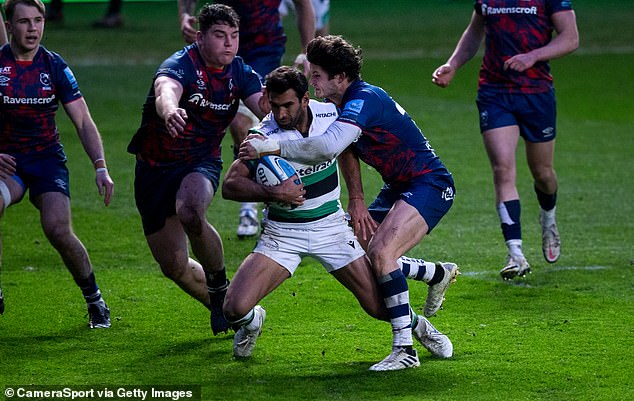 Defence coach Nick Easter — wearing shorts in the stands — was rubbing his hands with glee when Matias Orlando looked to have rolled over, but the Argentine was held up well by O’Conor.

Philip van der Walt took Falcons’ third, which Flood converted, and Newcastle were four points behind with 25 minutes left. After he had won a penalty, Sheedy kicked to the corner, Bristol mauled over and Kloska scored the bonus-point try on his first start.

Bristol had an amazing fifth try ruled out for a Radradra forward pass, but Sheedy ended things with a penalty — leaving Newcastle without a bonus point they probably deserved.

‘We’re not about going away — we’re all about persevering and showing what we’re about,’ said Falcons boss Dean Richards.