Kurtley Beale had been out with other Waratahs players the night he allegedly sexually assaulted a woman at a Bondi Beach hotel late last year.

As it became apparent that Rugby Australia’s code of conduct procedures would make it almost impossible for Beale to play professionally in Australia again, it also emerged the decorated fullback had been out with an unspecified number of teammates earlier in the evening on December 16. 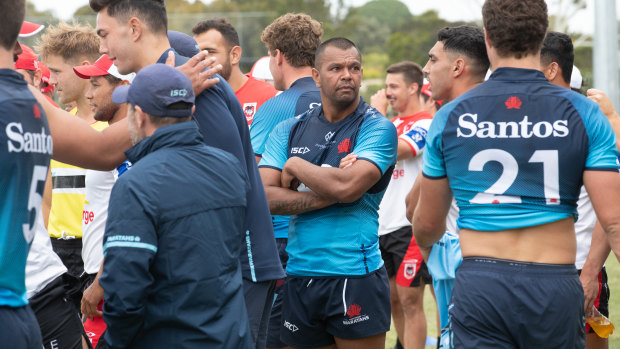 ‘Really good leader’: Kurtley Beale training with the Dragons two days after he was alleged to have sexually assaulted a woman in a Bondi hotel.Credit:Edwina Pickles/SMH Sport

Two sources confirmed the other players were no longer with Beale at the time he was alleged to have assaulted the complainant, in the early hours of December 17, at the Beach Road Hotel. The 34-year-old has indicated through his lawyer that he intends to fight the charges.

The squad were still deep in pre-season training on December 16. The following Monday, NSW coach Darren Coleman praised Beale as a “really good leader to have in the group” during a joint training session between the Waratahs and NRL club the Dragons on December 19.

He was reported to be mentoring NSW youngster Max Jorgensen and other young backs after being offered a one-year deal to return to Australia from France, with wife Maddi and their infant son.

Five days after the alleged incident occurred, Beale and others posted on their social media channels photos of themselves celebrating the start of the Christmas break at licensed premises around Sydney on December 21. 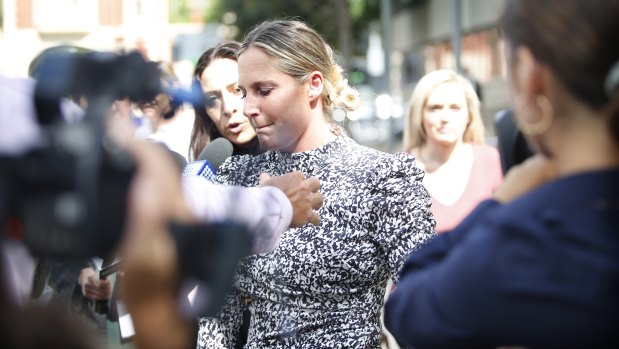 Maddie Beale leaves Parramatta Bail Court on Saturday. The couple had recently returned from France and welcomed the birth of their first child.Credit:James Alcock

Beale has been stood down on full pay, from all forms of rugby, pending the outcome of the case. But he now faces the prospect of never playing professionally again in Australia, having indicated through his lawyer on Saturday that he intends to fight the charges.

Under Rugby Australia’s code of conduct policy, the governing body will not start a process to sanction Beale, if he is found guilty of the charges, until after the court process is finished.

With the case next up for mention at the end of March, in Waverley Local Court, and statewide backlogs slowing the passage of cases through NSW courts, it is possible the matter will not be resolved this year.

St George Illawarra player Jack de Belin spent two and a half years on the sidelines as he fought sexual assault charges in court. Suspended under the NRL’s no-fault stand-down policy in December 2018, de Belin returned to play in June 2021 after the jury failed to reach a verdict in the case and charges against him were dropped.

Precedents like that indicate Beale, on a one-year contract with NSW that many believed would be his last in Australia, is highly unlikely to play in Super Rugby this season, or for the Wallabies later this year.

Instead, the 95-Test Wallaby and 2011 John Eales Medallist, who would have become the Waratahs’ most-capped player this season, will be putting all of his energy into defending the charges.

The rugby star was granted bail on the condition that he does not contact the complainant, does not enter an airport, surrenders his passport and reports to police at Waverley twice a week, on Mondays and Fridays.

The case was adjourned to Waverley Local Court on March 22. Beale has been excused from appearing.