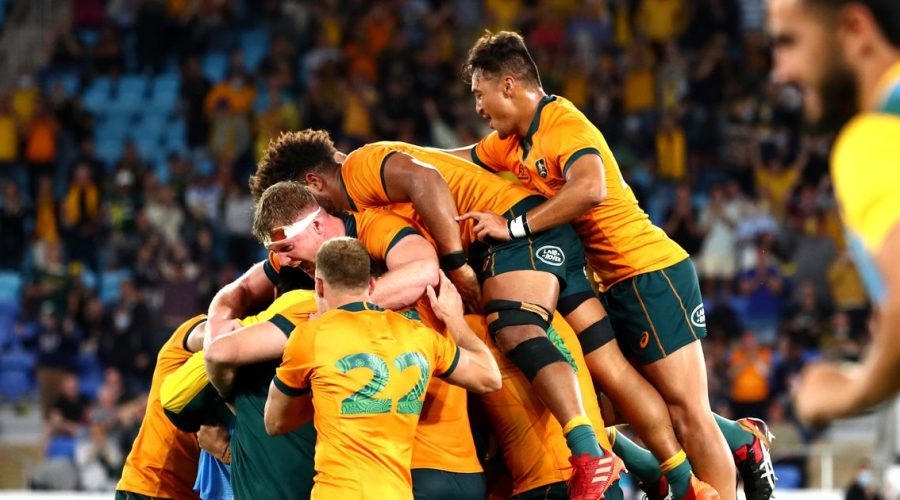 Quade Cooper’s heroics could bag Australia more than just a win over South Africa after the Wallabies were the biggest benefactors in World Rugby’s latest rankings update.

The recalled fly-half kicked a last-minute penalty for his country on Sunday as they beat the Springboks 28-26 on the Gold Coast to secure their first win of the Rugby Championship.

Victory over the world’s top-ranked side was enough to see Dave Rennie’s side climb two places back to fifth, ahead of France and Argentina who drop to sixth and seventh, respectively.

Successive defeats to New Zealand pushed Australia down to an all-time joint-worst position of seventh when the previous rankings update was published in mid-August.

However, 33-year-old Cooper played a starring role in his first Test appearance since June 2017, slotting seven penalties and one conversion in an almost flawless return to the team.

He replaced youngster Noah Lolesio in the line-up amid calls for his comeback, and Rennie reaped the benefits as the veteran proved he’s still got what it takes to compete at the top level.

New Zealand also gained around a point in the rankings after they hammered Argentina 39-0 to solidify their place atop the Rugby Championship table.

The All Blacks scored five tries without response to down the Pumas in the first of two back-to-back meetings, with the two teams poised to clash again at Suncorp Stadium on Sunday.

Reigning world champions South Africa remain No. 1 according to World Rugby’s official ranks, although the gap between the pair is now a little more than two points in the metrics.

The Springboks were previously almost five points clear at the summit, having beaten the British and Irish Lions this summer before sealing consecutive wins against Argentina.

The Rugby Championship gives nations in the southern hemisphere an opportunity to improve their World Rugby standing before touring against European teams this autumn.

With a little more than a point between Australia in fifth and England in third, it’s feasible that the Wallabies could soon move back into the top three if their upturn in form continues.

Rennie’s men will face off against the Springboks once again at Suncorp Stadium before finishing their Rugby Championship with two games against the Pumas.

Fourth-place Ireland are the only other northern-hemisphere team to crack the top five as things stand, while Scotland and Wales occupy eighth and ninth, respectively.

Elsewhere, the United States moved up one place to 16th in the rankings after they beat Canada 38-16 on Saturday in the latest leg of their mission to make it to the 2023 Rugby World Cup.

The Eagles avenged their first-leg loss to the Canucks to emerge as 59-50 victors on aggregate and set up another two-legged qualifier with Uruguay in October, the winner of which will qualify for France.