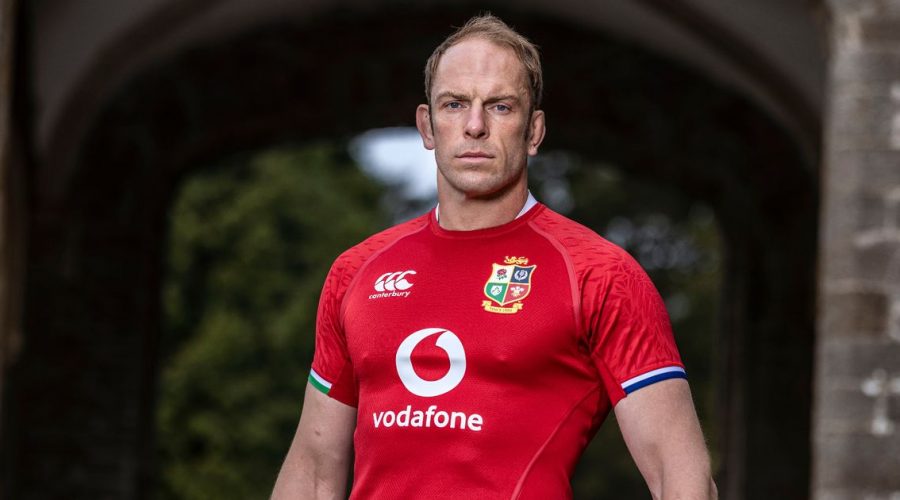 The 2021 British and Irish Lions tour of South Africa started in glum circumstances when Alun Wyn Jones was helped off the field just eight minutes into their opening warm-up against Japan.

That match was played at Murrayfield in Edinburgh after all, and Warren Gatland’s squad had yet to even board the plane to South Africa before their commander-in-chief was stricken down.

Three weeks and one intense period of recovery later, Jones was named as a shock inclusion in the Lions XV for their opening Test at Cape Town Stadium.

And the Wales lock—who will become just the eighth player to earn 10 or more caps for the Lions on Saturday—is under no illusions just how special it is that he’ll be fit to feature. “The first few days after dislocating the shoulder and getting home, I was almost on the sofa before the guys had even got to the airport on the Monday. That was a tough one,” Jones said.

“Fast forward to the Tuesday when I was told there was a chance; it was bordering on the surreal. To be here now and taking the knocks and bumps and being in amongst it with the group. It means more, I am not going to lie.

“I had spent two weeks with the guys getting to know people. We were bedding in with the rugby. I had the seven minutes and for those two days that was my tour done.”

Jones, 35, was the target of a clear-out at the breakdown early on against Japan, when it quickly became clear the Lions leader was in some trouble. Conor Murray briefly stood in as tour captain in absence of Wales’ all-time cap leader (148), but spirits were significantly lifted when it emerged Jones’ tournament may not be over.

It certainly didn’t harm his case to have Gatland—his Wales coach of 11 years—in position to give him a chance if there was a possibility of returning to the tour squad.

“I had the decent news on the Tuesday and sometimes all you need is a chance and I was willing to work hard, and make it difficult for Warren Gatland, to make myself available for selection,” Jones added.

“I was fortunate enough to get some game time against the Stormers on Saturday and put myself in contention.

“To be sitting here now and to be involved in the Test team is everything I have ever worked for really over the last…I would be lying if I said it was two years, it is probably four years.

“Obviously when you finish a series or a tour you don’t know whether you are going to tour next and a lot of games go under the bridge.

“To be sitting here now is a very, very special thing, but it is only a very short step to what is going to be, hopefully, a very enjoyable week.”

The mood around the camp will indeed be boosted again should they clinch a series-opening win over the Springboks, with Gatland revealing tensions have flared in training this week. Jones has a neutral Lions record after his three previous tours, having lost the 2009 trip to South Africa, beating Australia in 2013 and drawing their series in New Zealand four years ago.

The resurrected captain is sure to play a major role in any success that’s to come, and his head-to-head against South Africa’s Eben Etzebeth is one of the key battles likely to dictate the final outcome.

It’s a miniature miracle Jones has even made it this far as he looks to cap off what is almost certainly his Lions swan song with a redeeming series victory.