Will this be the biggest clash at centre ever? And why is the Bledisloe Cup in Japan? One thing is for certain, this is Australia’s final chance to gather any momentum ahead of autumn Tests

There may be no real European rugby to get too excited about this weekend, but looking East there is a match to wake up early for this Saturday.

New Zealand face Australia in the third instalment of this year’s Bledisloe Cup – but this one is being played in Japan.

Who, what, why, where, when? Sportsmail can guide you through. 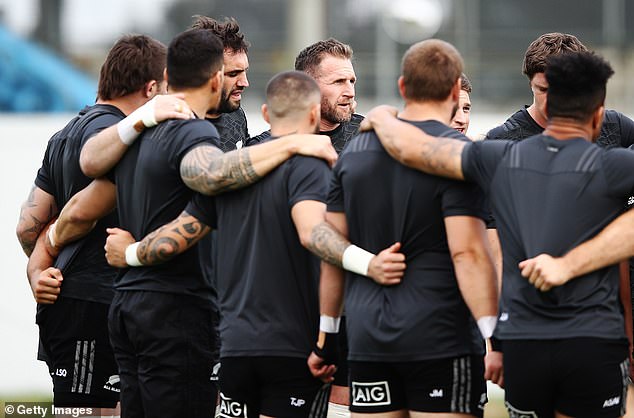 WHY ARE THEY PLAYING AGAIN?

The Bledisloe Cup has varied between being played over a one, two or three-match series for 86 years.

In that period the teams were evenly matched, and the series ended 1-1 four times to a ‘decider’ was re-introduced from 2006.

Aside from World Cup years, and in 2008, 2009 and 2010 when they tried to milk everything out of the rivalry and play FOUR games, it has since been two matches in the Rugby Championship and one extra.

Unfortunately for the Aussies, though, they never win any more.

Despite winning a few here and there they haven’t held the Cup since 2002. And the fate of the trophy last rested on the ‘decider’ way back in 1986. Some rivalry.

Australia sometimes perform third match, having won in 2010 and 2017, and drawn in 2012, but often the ship has sailed by this point. 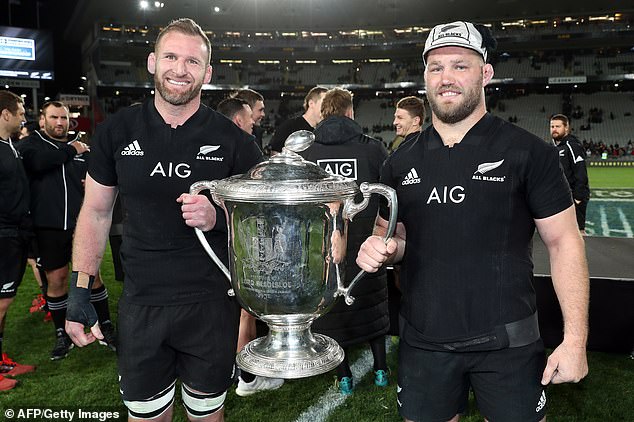 WHERE IS THE MATCH?

Bledisloe III is being held in the stadium where the 2019 World Cup final will be held. It is a bit of a rugby weekend in Japan, as the national side are playing a ‘World XV’ on Friday in Hanazono, another World Cup venue.

Although you would not recognise some of this ‘World XV’ – Hencus van Wyk and Jason Jenkins anyone? It is basically a collection of South Africans, Kiwis and Argentinians who play in Japan. Ma’a Nonu and Adriaan Strauss are there with Nehe Milner-Skudder. 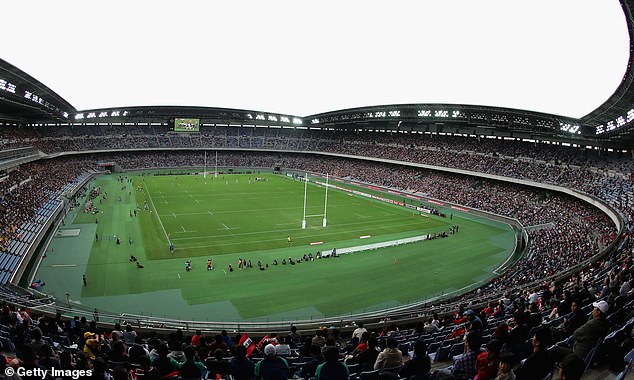 Saturday’s clash will be played at the Nissan Stadium, where the 2019 RWC final will be held

WHAT ARE THE TEAMS?

Could this be the biggest clash at centre ever?

In terms of pure size it is certainly up there. Wallaby Israel Folau – all 6ft 4in and 16st 3in of him – has been moved to the midfield where he will be up against All Black Sonny Bill Williams, who is the same height but 12lbs heavier.

It will be the first time Folau has played a Test anywhere other than the back-three, although he has featured there for the Waratahs. For Williams it is his 50th cap. 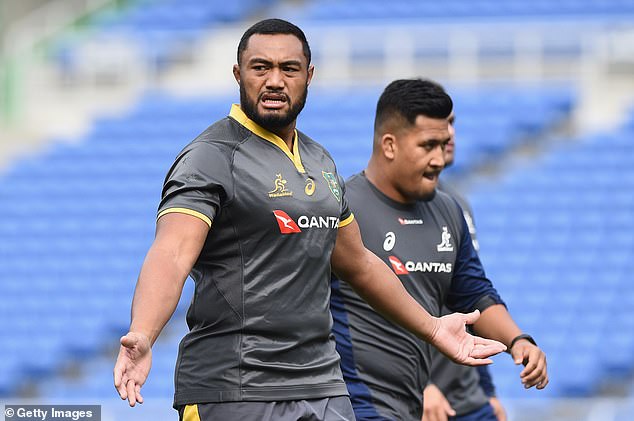 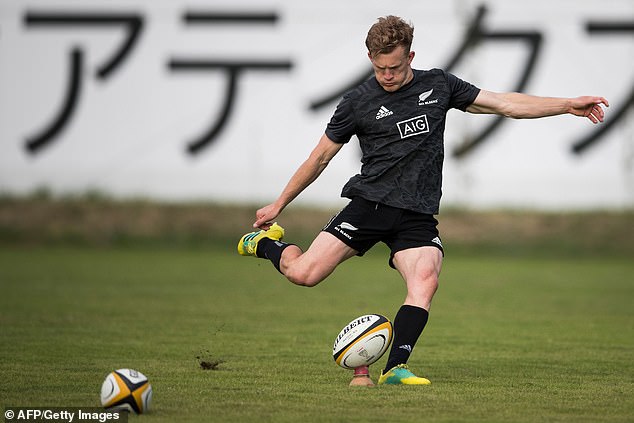 Damian McKenzie, the 5ft 8in superstar, moves back to full-back after playing a lot at No 10

The All Blacks surprised some Kiwi observers by picking diminutive Damian McKenzie at full-back. The 5ft 8in superstar moves back there having played plenty at fly-half this season.

TJ Perenara also comes in for Aaron Smith, and Scott Barrett starts ahead of Brodie Retallick at second row. Both teams have been rotated slightly – but the All Blacks have 1,032 caps in their 23 and those players have scored 52 tries in nine Tests between them in 2018. Scary stuff. 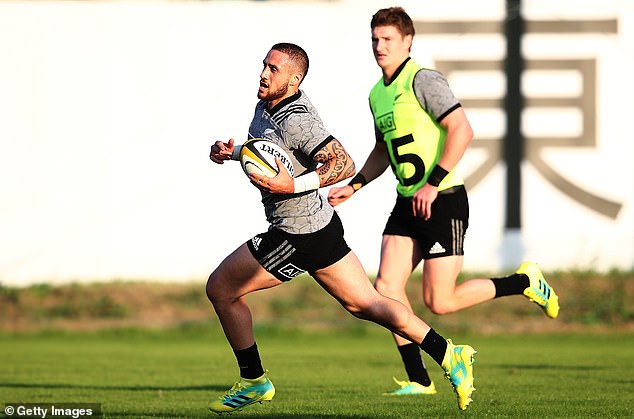 WALLABIES AND ALL BLACKS LINEUPS FOR BLEDISLOE III

WHEN’S THE GAME AND WHAT CHANNEL IS IT ON?

For UK viewers kick off is at 7am on Saturday. The game is live on Sky Sports Action and Main Event.

WHAT’S NEXT FOR THE WALLABIES AND ALL BLACKS?

For both this is the start of their ‘Northern tour’.

Australia’s fixtures after this are:

HOW ARE THEY LOOKING AHEAD OF THEIR TOURS?

AUSTRALIA: Shocking. Down at 7th in the world rankings, they have won three of their last 11 Tests – saving embarrassment last time out by completing the biggest Test turnaround ever against Argentina when they were 31-7 down at half-time only to win 34-45.

When the All Blacks have sympathy for you, you know it’s going badly. Steve Hansen, the New Zealand boss, compared under-fire counterpart Michael Cheika to Jose Mourinho.

‘I just think that sometimes we pull the trigger too quickly on the coach – sometimes I guess it is warranted, but most time I don’t think it is.’ 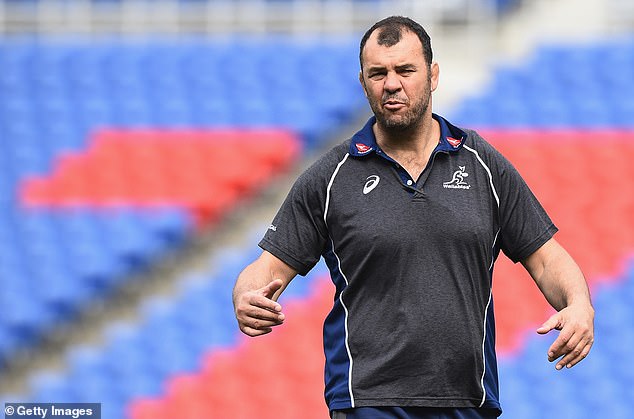 Basically, Australia don’t know their best XV, can’t buy regular wins against the good sides and look nothing close to the team Cheika took to the World Cup final in 2015 – despite having star names.

Their back-line seems to change most Tests, either with new personnel or positions.

Then again, they are Australian so will be contenders next year for sure.

NEW ZEALAND: Rattled, yet serene. Something of an oxymoron that. New Zealand have looked their most vulnerable in years recently – with South Africa beating them once, and almost twice (save a remarkable comeback). Their key men are obviously mostly irresistibly superb, but there are chinks in the black armour.

Beauden Barrett can’t kick goals for toffee, Aaron Smith can be riled, Kieran Read makes bad calls under pressure and the All Blacks don’t look quite as unbeatable as 2015. 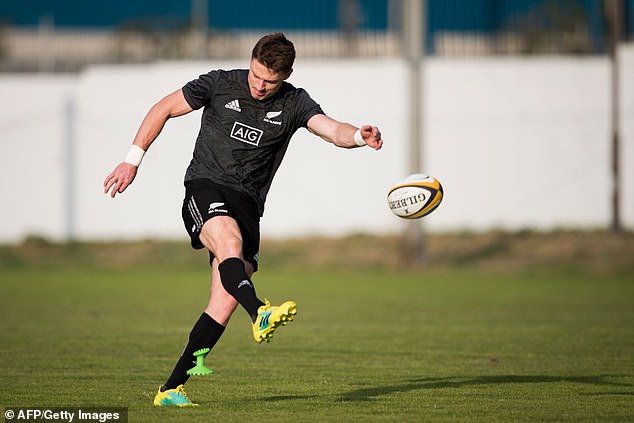 Beauden Barrett, pictured during the captain’s run on Friday, has been useless from the tee

But the problem is no one rattles them enough. It takes a team on their best day in years to even get close to them – and a complete dearth of competition in the Rugby Championship means New Zealand lose about once a season, if at all.

They are clearly brilliant but do not have a settled front row, a nailed-on blindside flanker or clarity over who will play in the centres.

Then again they might not need it as depth or versatility is hardly something they struggle with.