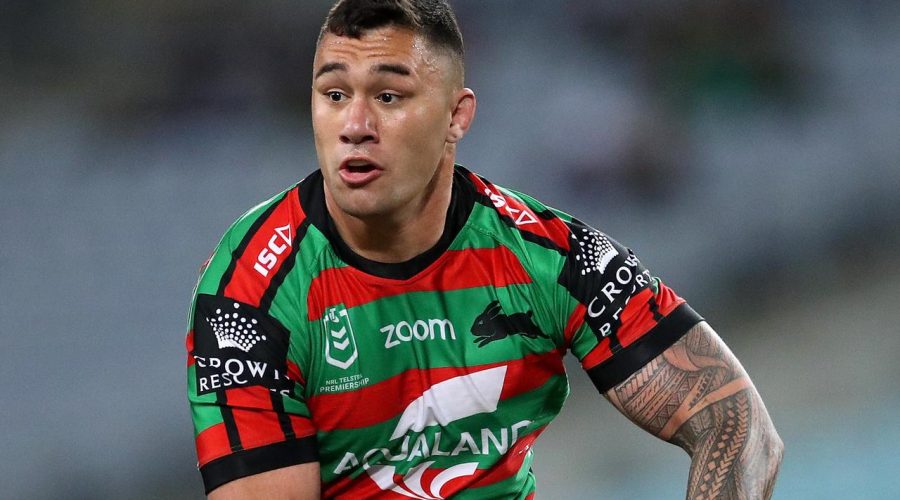 Wayne Bennett has revealed that Jaydn Su’A is set to link up with the St George Illawarra Dragons on a three-year deal.

The Red V were on the hunt to replace Paul Vaughan, whose contract was torn up amid a serious Covid breach by the prop and several of his Dragons teammates.

Su’A, 23, will join his third NRL club after plying his trade with the Brisbane Broncos and the South Sydney Rabbitohs.

When quizzed on Su’A joining the Dragons next season, Bennett said: “I think that’s true.”

The South Sydney coach was pleased the four-time Queensland representative would get an opportunity to further prove himself.

“South Sydney couldn’t offer him another contract under the salary cap, so I’m pleased he’s got another club,” Bennett said.

Su’A will have a fresh change of scenery next season.Source:News Corp Australia

“He’s happy with the deal, he spoke to me about it and I’m happy for him.”

The burly second-rower ran an impressive 184 metres against the Canberra Raiders in round 8 earlier this season but has failed to start a game for the Rabbitohs since a 56-12 loss to the Panthers in round 11.

Su’A is the first piece of a complicated jigsaw as Anthony Griffin looks to rebuild his Dragons squad amidst the fallout over a party hosted by Vaughan that broke Covid protocols.

Vaughan is clubless after hosting a party that broke lockdown rules.Source:Getty Images

The club released Vaughan from his contract earlier than expected due to multiple indiscretions throughout his time at the Dragons.

Vaughan’s party was the straw that broke the camel’s back, as he hosted 12 players who have now copped one-game suspensions that will be served at various points throughout the remainder of the season.