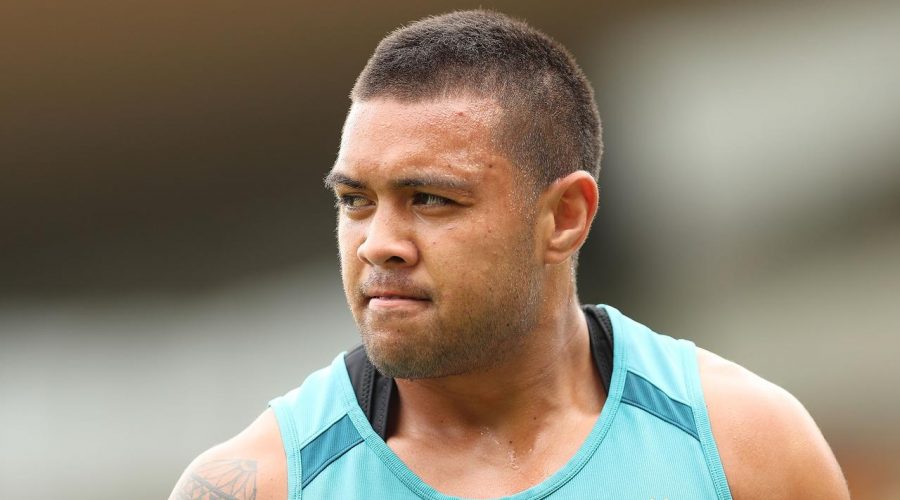 Wallabies bolter Duncan Paia’aua said he was getting “ready to leave back to France” on Saturday before a call from Dave Rennie changed everything.

Paia’aua was named as one of eight uncapped players to make the squad, as the Wallabies were granted an economic exemption to enter New Zealand so a Bledisloe Cup match at Eden Park on August 7 can go ahead.

The Bledisloe Cup games are set to bring in an estimated $17-20 million in spending for host regions in New Zealand.

Despite a strong performance for Australia against the Barbarians in 2017 where he scored 16 of the Wallabies’ 31 points, he didn’t expect to be representing Australia anytime soon.

“I was actually ready to leave back to France to join my team back in Toulon on Saturday,” Paia’aua said.

“Rens (Dave Rennie) rang me on Thursday asking if I could stay behind for this camp and it was a shock to me, personally.

“I jumped at the chance and I think I’m going to take my opportunity and hopefully go well.”

Paia’aua links up with the squad as the first player called up under the amended Giteau’s Law.

The law was created by former Wallabies coach Michael Cheika ahead of the 2015 Rugby World Cup so that overseas players would be able to represent Australia, but they had to have played a minimum of 60 games for the nation and be involved in a minimum seven seasons in Super Rugby.

Before the law was enacted, only players who played for an Australian team in Super Rugby were eligible to be called up.

Under the amended Giteau’s Law, which came into effect in September 2020, Rennie would be permitted to select two overseas Australians who did not qualify under the requirements of the law.

Despite heading overseas relatively early in his rugby career, to French side Toulon, Paia’aua sensed he’d be back at some point – just not this soon.

A special provision was made for Matt Giteau to join the Wallabies for the 2015 World Cup. Picture: Gregg PorteousSource:News Corp Australia

“So I think I was still young enough to go over there and hopefully one day come back to Australia.

“I guess it’s come on earlier than I expected, but I have been working hard overseas and I’m glad they saw that.”

The 26-year-old’s improvement since moving overseas has been aided by a number of rugby veterans, especially one of New Zealand’s greatest-ever attacking forces.

“I played with a lot of experienced players, some of the best in the world over at my club,” Paia’aua said.

“Being a centre, Ma’a Nonu has been a massive influence on me in the last year that he’s been there.

“He’s probably one of the best 12s to ever play the game, so I try to copy him, what he does during the week.

“He’s probably one of the most influential players I’ve come across.”

Nonu may be a significant mentor for Paia’aua over in France, but he can now use a 70-cap veteran in Wallabies camp as a sounding board who also happens to double as his roommate.

“At the moment, I’m rooming with Quade (Cooper),” Paia’aua said.

“I’ve been trying to hang out with him a bit and I think we’re trying to catch up to all these young boys in the squad and get our bodies right for next week.

Cooper was a shock call-up to Wallabies camp.Source:Supplied

“His alarm goes off at 5am every morning, which is very loud, too but it makes a good start to the day.”

Paia’aua could get the chance of a lifetime to line up against his country of birth in the opening Bledisloe Cup encounter on August 7, however there remains a cloud of doubt over the other matches scheduled.