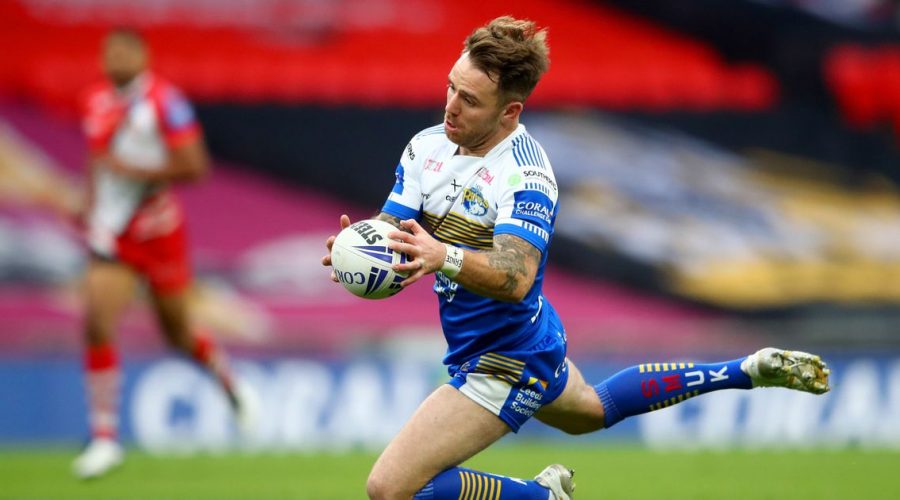 Richie Myler has no problem being Leeds Rhinos’ Mr Fix It.

Myler has spent the vast majority of his 15-year Super League career at scrum-half, the position he won a Challenge Cup in with Warrington.

But in 2020 he filled four different roles for the Rhinos, including an extended spell at full-back, where he won the Lance Todd Trophy as man of the match in a second Wembley triumph.

This pre-season has already seen Myler’s potential role switched around again, following injuries to first talisman Luke Gale and then Jack Walker, the young full-back who could miss the entire campaign.

The recent arrival of Kyle Eastmond has given Richard Agar further options in the playmaking positions – and Myler will put his hand up for whichever position the coach sees fit. He explained: “I went into pre-season pretty open-minded.

“Last year I played hooker, I played six, I played seven and I played full-back. I really enjoyed playing full-back, that was where I felt most comfortable.

“I think I am more of an asset to the team, with our current dynamic, at full-back. But I have come in this season with a mindset on just being adaptable and seeing where I am needed.

“With Jack unfortunately being out for a period of time, that freed up a spot to play full-back more regularly if I am given the chance.

“Then again, we’ve got a couple of halves injured – Galey and Rob Lui. Galey is almost back, which is a good thing, but we are down on halves.

“It’s a case of me just focusing on myself again and on what put me in a good mindset and a good position for last year. Wherever I am chucked in, I am happy – I just want to play.”

Myler is relishing the prospect of teaming up again alongside dual-code international Eastmond, who he lined up with for England against France in 2009.

“That is going to be great for our squad, and having his attributes back in rugby league is a bonus for everybody. It’s certainly a bonus for our team because he is obviously a threat.”