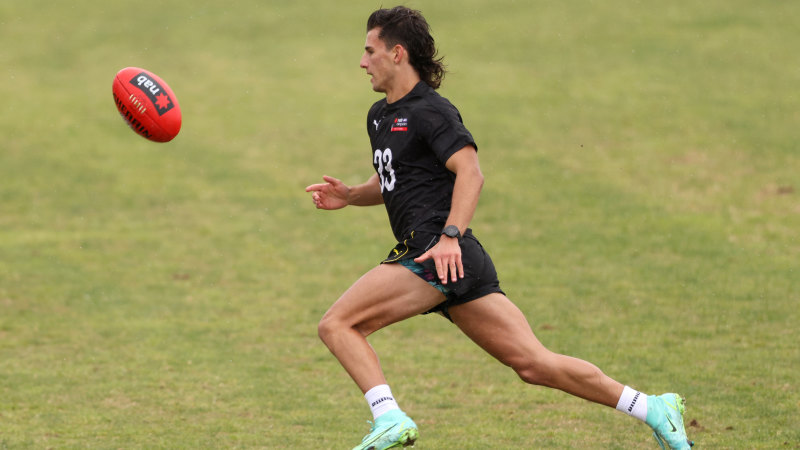 Gun father-son recruits Sam Darcy and Nick Daicos appear certain to be bid upon at draft picks two and four, respectively, as the draft’s first six selections look locked in.

The Western Bulldogs anticipate that Darcy, the 205-centimetre son of ex-star Luke Darcy, will be bid upon by Greater Western Sydney at pick two, while the Gold Coast Suns are planning to nominate Daicos, the son of ex-Collingwood great Peter Daicos, at pick four, in what would be a relative win for the Magpies.

North Melbourne are selecting South Australian midfielder-forward Jason Horne-Francis at pick No.1, before the expected bid for Darcy comes from the Giants, who will then use their early selection, which becomes pick three, to take Finn Callaghan, the 191cm midfielder from Sandringham Dragons. 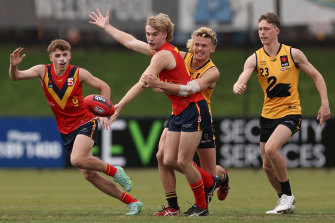 Gold Coast, which had been interested in drafting Daicos if possible, then would bid on the Collingwood father-son at pick four, with the Magpies matching the necessary points with their slew of picks in later rounds.

The Suns will then select 201cm ruck/forward Mac Andrew from Dandenong Stingrays at pick No. 5.

Hawthorn, Fremantle, Richmond and then Fremantle again have the next four draft choices that will round out the top 10 and AFL club sources have less confidence in the order that will follow from pick seven onwards (counting the bids, which push subsequent draft picks back by two spots in the early order).

The Bulldogs are a strong chance to trade their first remaining pick, number 23, for later choices – potentially in the 30s – to give themselves a better draft hand given that No. 23 will be swallowed up by the expected Darcy bid at No.2.

The Dogs have not been formally told that GWS will bid for Darcy at pick two, but they are anticipating that this will happen.

Hawthorn has been linked to Josh Ward, a midfielder from the Northern Knights, at pick seven, but sources also suggest the Hawks are interested in West Australian midfielder Matt Johnson and have shown some interest in Victorian country inside midfielder Ben Hobbs.

Fremantle and Richmond’s intentions appear much less known than the top six, with the Dockers viewed as a chance to snare Hobbs at either of their picks (which will be eight and 10). The Dockers can also pick key forward Jye Amiss, a Western Australian, with pick eight, but their choice at that selection may be influenced by what they think the Tigers will do at pick nine.

November 23, 2021 Rugby League Comments Off on The top 10 draft selections that appear locked in
NFL News