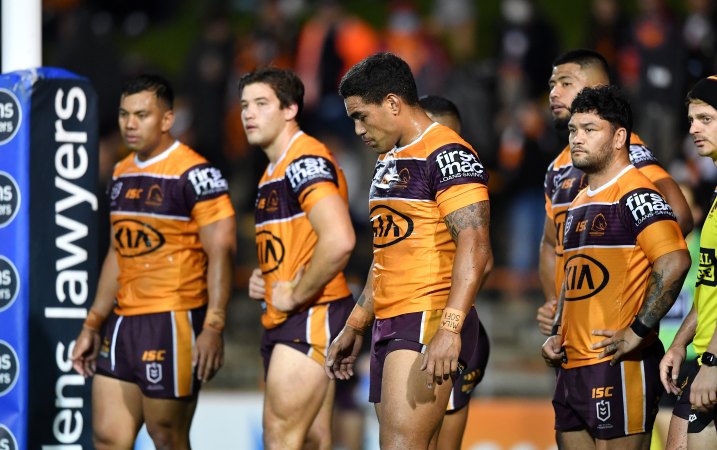 There is the strangest of feelings in the River City ahead of the impending NRL season. Fans of the game’s richest club, one that has made it known to all and sundry over the years that it’s top four or bust, aren’t exactly greeting Friday night’s home opener against the Eels with unbridled exuberance.

They’re bracing for impact. The only question is: Have they set their sights low enough? 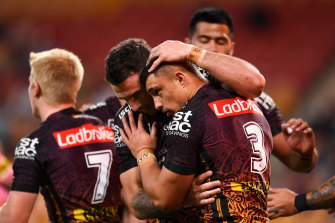 Kotoni Staggs is one of Brisbane’s best players but he is set to miss half the season with injury.Credit:Getty Images

Since then, they have managed to lose arguably their best player in David Fifita and will start the season with their current best players, Payne Haas (suspension) and Kotoni Staggs (injured until mid-season) missing from the line up. Kevin Walters was given his wish to coach his beloved club but the cards he has been dealt look heavily stacked against immediate success.

There are some excellent young Queensland players that could have immense or breakout season. In a worrying trend for the Broncos, almost all of them are at other clubs. Sam Walker looks a fine talent for the Roosters and Harry Grant has already put the writing on the board ahead of his Storm tenure, so too the Gold Coast pairing of AJ Brimson and Tino Fa’asuamaleaui.

Brisbane offer the defence that ‘you can’t keep them all’ yet in appearing to favour quantity over quality when it comes to recruitment, management have now overseen a roster with highly salary-capped underperformers and young players being asked to perform with the consistency of 200-game veterans.

On paper, their team looks more limited that last year. Fifita has left and their hires, the best of them former Cowboy John Asiata, are more role players than game changers. The running narrative locally is that ‘the only way is up’ but that’s still up for debate. Three wins gives you wiggle room either way.

Parramatta have had their way with the Broncos of late. After the drubbing in the 2019 finals, they beat Brisbane 34-6 at Suncorp Stadium in round three of last year. They beat them again in round 19, although the 26-12 scoreline was far more respectable, which came as a victory of sorts for the Broncos by that point of the campaign.

The curious thing about the Broncos is the level of rhetoric and expectation doesn’t always seem to correlate with the talent on tap. A few losses down and you can bet your bottom dollar the club’s Old Boys will be lining up for a verbal shoulder charge, even if Brisbane are doing as well as they possibly good with the limited stock they have available.

But if they find themselves in the midst of another difficult season, Broncos fans shouldn’t expect any sympathy from their comrades in club land, most of whom feel Brisbane has been given far too many favours already, with its regular Friday night timeslot in a monopoly market.

Given the resources at hand, the Broncos are never going to be a hard luck story. All of their wounds have been self-inflicted and the recovery should be measured over seasons, not rounds.

March 12, 2021 Rugby League Comments Off on The reality of extended mediocrity is descending on Broncos fans
NFL News