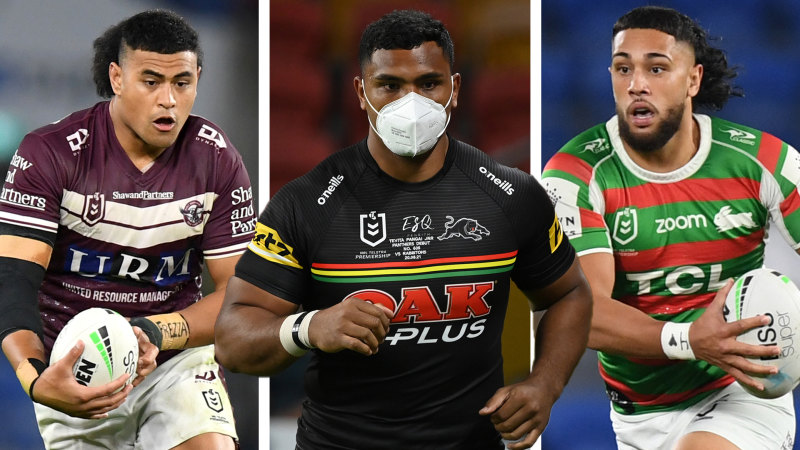 The coach who stands to gain the most from the opening weekend of the NRL finals will be on the other side of the world.

Kristian Woolf, who is reportedly one of the contenders to take over from Michael Maguire should he be sacked by the Wests Tigers, is the coach of Tonga and will watch a dozen of his players feature in the four blockbuster finals.

Woolf did not want to comment on the Tigers role, making it clear he had spoken to nobody, and had just extended his deal by a further 12 months at St Helens who are chasing back-to-back Super League titles.

“There has been no talk there [about the Tigers], I know and respect Michael Maguire and wouldn’t comment on speculation about his job anyway,” Woolf said. “I also couldn’t be any happier at St Helens.”

But Woolf was happy to discuss how the Tongans, including Manly back-rower Haumole Olakau’atu and South Sydney’s Keaon Koloamatangi, would relish playing in the big games, which would only help the tiny Pacific nation at next year’s World Cup.

The Tongans were knocked out in a semi-final thriller against England during the 2017 World Cup, defeated Australia in 2019, and a genuine chance to reign supreme at the end of next year. 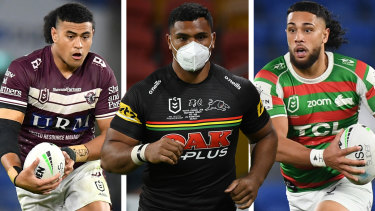 Haumole Olakau’atu, Tevita Pangai jnr and Keaon Koloamatangi are three of a long list of Tongan stars playing in week one of the finals. Credit:NRL Photos

“It’s extremely important and exciting at the same time they’re all getting this finals experience,” Woolf told the Herald.

“We have had a really settled group with some extremely high-profile players the past few years, but a lot of these guys involved this weekend are starting to emerge in the game, which means the growth of players eligible for Tonga is getting stronger.

“Haumole has been outstanding this year from what I’ve seen watching from afar. I know a little about him. He’s close with Addin Fonua-Blake, Manase [Fainu] and Moses Suli at Manly, and I know he wants to play for Tonga. 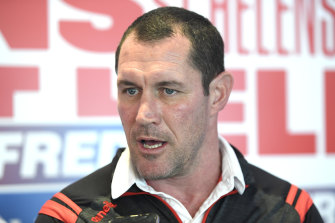 Why Kristian Woolf is the coach with the most to gain from week one of the NRL finals.Credit:Getty Images

“We haven’t played in two years, but nor has anyone else.

“And the one thing that has not waned is the interest from all the players. They’re all in regular contact, including the younger guys coming through. The commitment and interest from the players has been outstanding.”

Woolf is loved by the Tongans players which, along with his success at St Helens, explains why his name has also been whispered about as a target for Redcliffe should they become the 17th NRL franchise.

The new rules with the ball kept in play longer should only benefit the Tongans and their mobile forward pack, and any World Cup success would further boost Woolf’s stocks as a potential NRL head coach.

“If all our players remain fit and healthy this time next year, you will see a Tongan side that will give the World Cup a real shake,” Woolf said. “We have already given it a shake. We can certainly win it.”

September 9, 2021 Rugby League Comments Off on The coach watching the NRL finals from half a world away with World Cup in mind
NFL News