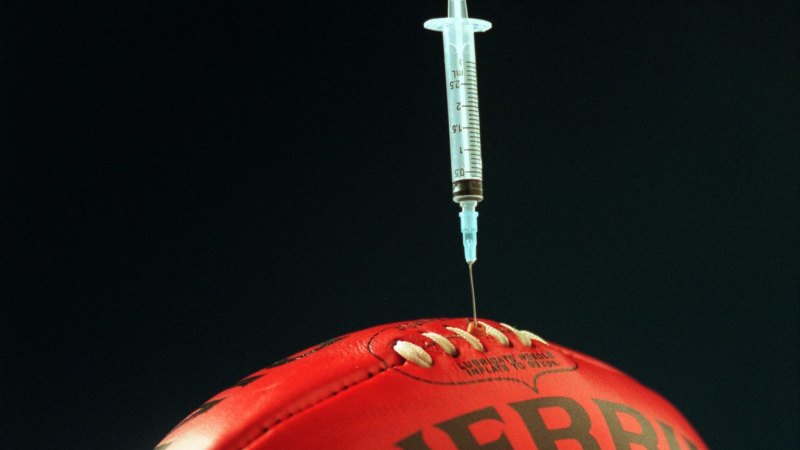 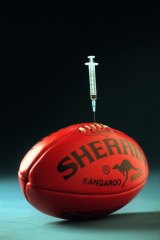 AFL players would be good role models in a vaccination campaign.Credit:Joe Armao

The prevailing attitude of both the AFL and the competition’s footballers towards vaccination has been similar to most of the country: it hasn’t been a priority, partly due to government meandering and community complacency, and they have relied on other measures – astonishingly stringent ones in footy’s case – to evade the virus.

The AFL has been acutely aware of the politics of the pandemic and mindful that, if it was to persuade government to give its players priority access to vaccination, it would be risking a community backlash.

“We don’t want to be seen to be jumping the queue,” is how senior AFL figures have put it, a position echoed by the players’ union, the AFL Players Association.

The AFL, thus, has never sought priority access to vaccination for players or club staff. Had AFL players been mass vaccinated before say, school teachers or others, whose work forces them to mingle with people potentially exposed to COVID-19, one can guess at the kind of invective that would invite.

Players, as AFL insiders point out, also happen to be younger, fitter and much less at risk themselves than the general population and they are close to the most COVID-tested cohort in the country.

But the Delta strain has exposed another reality, which was dramatically highlighted when nine Greater Western Sydney players and officials and six from the Sydney Swans were forced into isolation as a result of attending the rugby international at Melbourne’s AAMI Park last week.

Consider how we – public and punditry – would have reacted had some of those players been, a) infected with the Delta strain and, b) had infected others, or heaven forfend, had caused a cluster, bearing in mind that they had travelled down from Sydney to escape the Sydney lockdown-lite.

To this point, the AFL position has been reasonable. Delta, however, has exposed the frailty of a competition that crosses all state and territory borders (when permitted) and whose players cannot be expected to live itinerant lives out of suitcases indefinitely.

The players, via their union (AFLPA), reckon that, with five rounds remaining plus finals (and a pre-finals bye with any luck), it’s too late for collective vaccination of the 800-plus footballers.

The AFLPA told The Age: “This is an important policy discussion that needs to occur in the off-season, and given the timing, a group vaccination program would have no practical impact on successfully completing this season.”

Well, they might be right that the horse – whether AstraZeneca or Pfizer – has bolted as far as getting players vaxxed in season 2021.

But the attitude to vaccination is shifting, and there’s a case that the AFL should be a little less bashful (hardly their default mindset) about pushing a vaccination barrow with the government.

Certainly, the objective must be to have every single AFL footballer – and staffer – vaccinated before the pre-season of 2022. The AFL has been dead lucky with the virus.

It might argue that its strict protocols and nifty dealings with state governments has kept it safe, but the dawn of Delta underscores its good fortune to have averted outbreaks within teams and staffers.

Australia’s Olympic team has been fully vaccinated, at the behest of the federal government, as it had to be given the cases in Tokyo. Cricketers who go overseas, too, can get vaccinated.

The AFL – again, keen to remain in lockstep with the government’s policy – has not put any proposal as yet to the players regarding vaccination. It is in the early stages, though, of putting together a working group internally that will grapple with the vexed vaccination path forward.

Technically, an individual footballer could go to his GP and ask for approval to get AstraZeneca, which, as we well know, has suffered a public relations dent due to the mixed messaging about its efficacy and (very remote) chance of dangerous side effects.

If people object to footballers including in the NRL – getting an arm up, so to speak, in the vaccination queue, Australia is also reaching a point where the need for everyone to be vaccinated is paramount.

Footballers, moreover, could be powerful role models for the general public. A public relations campaign featuring, say, Dustin Martin and Lance Franklin extolling the virtues of vaccination would certainly combat the vaccine hesitancy out there; ditto for cricketers and NRL players.

Too late for this season, perhaps, but the AFL should be rolling up their sleeves as soon as possible.

July 22, 2021 Rugby League Comments Off on The case for AFL players rolling up their sleeves for vaccination
NFL News