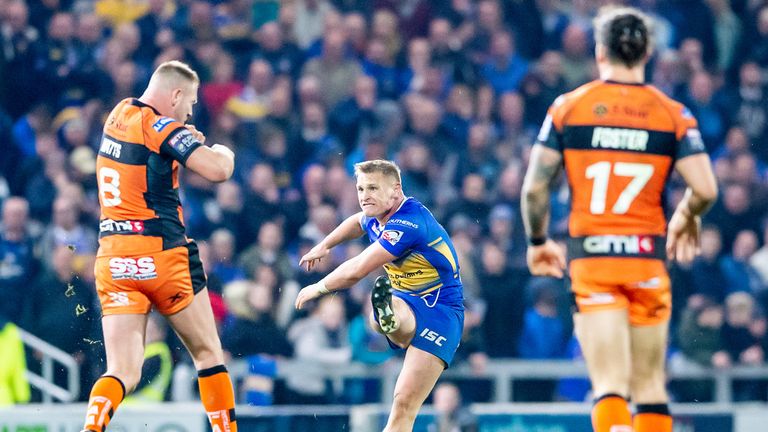 Ahead of this week’s Super League fixtures live on Sky Sports, Rugby League researcher Ian Proctor looks at some previous meetings between the sides and picks out some memorable moments.

A first-ever drop goal from Brad Dwyer secured Leeds’ first win in seven home meetings with the Tigers stretching back to 2013. Yet Castleford almost came back from the dead – down 4-20 with ex-Leeds men Alex Foster and Chris Clarkson scoring crucial tries.

The Tigers ought to have won but failed to set up for a winning drop-goal at 20-20. Four tries apiece and a share of the spoils would have been fair reward but it fell to Dwyer to become the unlikely hero in Golden Point Extra Time.

Three years ago this month, Castleford completed their biggest-ever win on the Leeds ground, Daryl Powell’s men producing a glittering brand of football and scoring nine tries to two in the 52-12 thrashing.

There was a hat-trick from prolific Australian Luke Dorn, two tries from leading Super League try-scorer Denny Solomona plus a rare effort from Gadwin Springer.

Treble-winners from the previous year, the Rhinos were simply no match for a Tigers side inspired by Rhinos Academy product Luke Gale.

Currently struggling in the league and knocked out of the Cup in a major upset at Bradford, it is familiar territory for Leeds fans who recall their first, torrid Super League season in 1996.

One of the few saving graces was the 25-18 home defeat of Castleford when Barrie McDermott was a crucial try-scorer along with Gary Mercer, Marvin Golden and Carl Hall, with Graham Holroyd kicking four goals and a drop-goal. 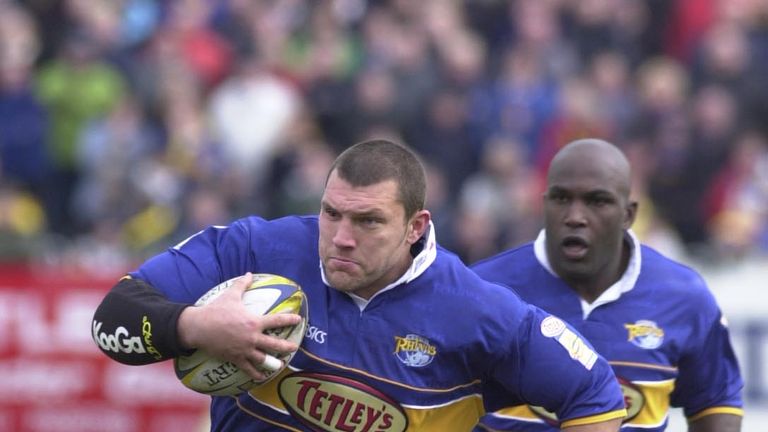 It was one of only six wins for Rhinos in the first summer season and avenged the 23-26 defeat at Castleford two months earlier.

A momentous night for St Helens as they opened the new Langtree Park Stadium with a comprehensive 38-10 defeat of the Red Devils in front of 15,547 fans and one special guest – legendary South African winger Tom Van Vollenhoven who was introduced to the crowd before the game.

It did not all go to plan as Salford threatened to spoil the party when taking a 10-4 interval lead thanks to the invention of halves Daniel Holdsworth and Matty Smith – but they lost Joel Moon with a suspected broken wrist and struggled thereafter.

Two-try substitute Andrew Dixon had a big second-half for Saints and James Roby’s running from dummy-half was a significant factor in turning the tide.

Salford have not won at Saints since 1980 and they will never come closer than two years ago when they led 24-8 with seven minutes remaining.

Robert Lui’s chip kick was ill-judged and Louie McCarthy-Scarsbrook quickly passed to Matty Smith whose 40-metre drop-goal won the day against his former club, standing second going into the game.

Defeat was especially harsh on two-try Niall Evalds and typical of Reds’ fortunes at St Helens over the past 40 years.

Salford may not have won at St Helens since 1980 but their first-ever Super League win over Saints was one their loyal Willows fans and coach Andy Gregory will never forget.

Nor will three-try full-back Gary Broadbent, who had the game of his life in the 39-26 defeat of the previous season’s double-winners.

Former Saint Mark Lee scored a try and slotted a drop-goal and the Salford ground was bouncing as they avenged the 20-50 Cup semi-final defeat at the hands of Shaun McRae’s side two months previously.

As Barcelona’s fabulous Camp Nou beckons, the Dragons will be well aware of the fact they have not defeated Wigan in 10 meetings over the past four years. But that last occasion was a truly momentous victory as they scored 10 tries in the 58-16 slaughter of Shaun Wane’s men.

in 2008, Catalans and Wigan met for a place in the play-off semi-finals and the Dragons went into the tie full of confidence after the 46-8 home defeat of Warrington in the previous week’s play-off clash.

However, they were no match for a Wigan side for whom 22-point Pat Richards was in great form alongside fellow countryman Trent Barrett (two tries) and outstanding centre George Carmont.

It finished 50-26 to Brian Noble’s side and a disappointed near-10,000 crowd departed feeling, at least, royally entertained. 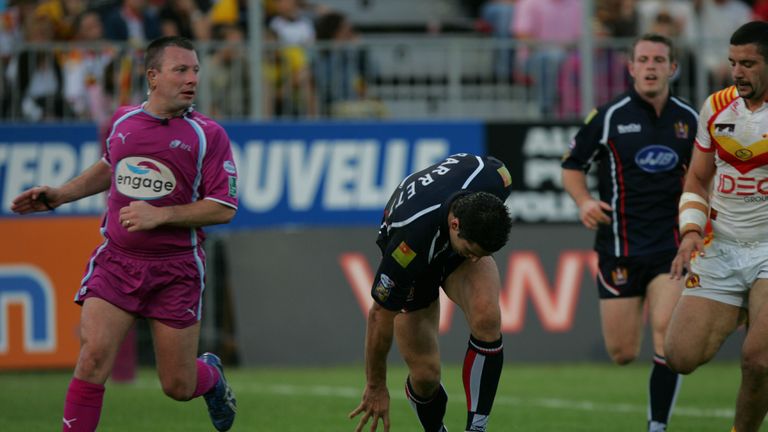 History was made back in 2006 as Catalans Dragons entered Super League with a home meeting against Wigan at Stade Aime Giral, their own Stade Gilbert Brutus not yet ready for Super League.

More than 11,000 fans witnessed a remarkable 38-30 win for the fledgling side on a night when they came from behind on three occasions.