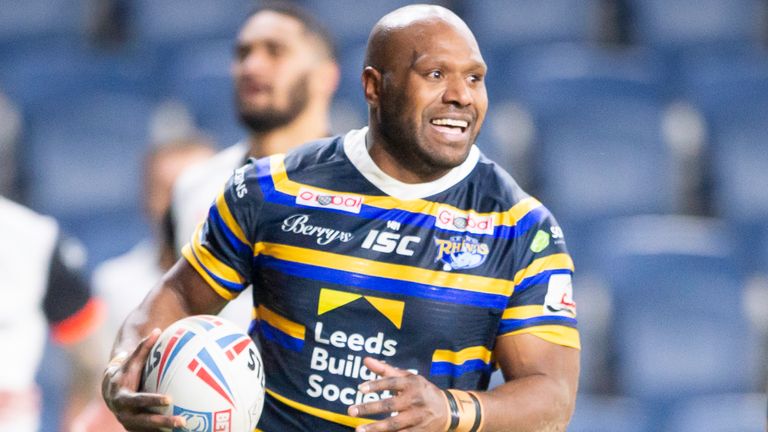 When he returns to action against old club Salford Red Devils on Saturday, Robert Lui is likely to come up against a very familiar face.

That is fellow half-back Tui Lolohea, the man who he moved to Leeds Rhinos as part of a swap deal for midway through the 2019 Super League season.

It is a move which worked out well for both parties as Lolohea has blossomed as part of Ian Watson’s Red Devils revolution, helping them reach the Grand Final last year, while Lui has won plenty of praise for his performances in a Rhinos shirt as well. But there is also a personal connection, with the pair and their families being friends off the field too – although that will be put to one side for 80 minutes when their two teams meet on Saturday evening.

“My partner and Tui’s partner get along,” Lui, who still lives in the Greater Manchester area, said. “They’ve been to lunches and I see Tui at games or birthday parties before lockdown. He lives near me and we’re close mates because our kids are pretty much similar ages.

“He was good against Hull [when Salford won 54-18] and I sent a message out to him saying ‘nice game, bro’ because we’re pretty close.

“But come gameday it’s a different story and I want to compete against him because he’s got something that Leeds is his old club and Salford is my old club. It’ll be a good game and I can’t wait.” I want to compete against him because he’s got something that Leeds is his old club and Salford is my old club. It’ll be a good game and I can’t wait.

Australian Lui was brought to Super League by his former Wests Tigers head coach Tim Sheens, then in charge at Salford, for 2016 and went on to make over 100 appearances for the club during his three-and-half seasons at the AJ Bell Stadium.

The 30-year-old looks back fondly on his time with the Red Devils, but there will be no room for sentiment as his current side are aiming to rebound from back-to-back defeats against St Helens and Wigan Warriors.

“It was good there, I enjoyed it, but I’m here at Leeds and I want to win a competition,” Lui said. “I think we’ve got the players and the coaching staff.

“You always like to play against your old squad, especially when you’ve spent three or four years there, so we’re ready and have prepared well. 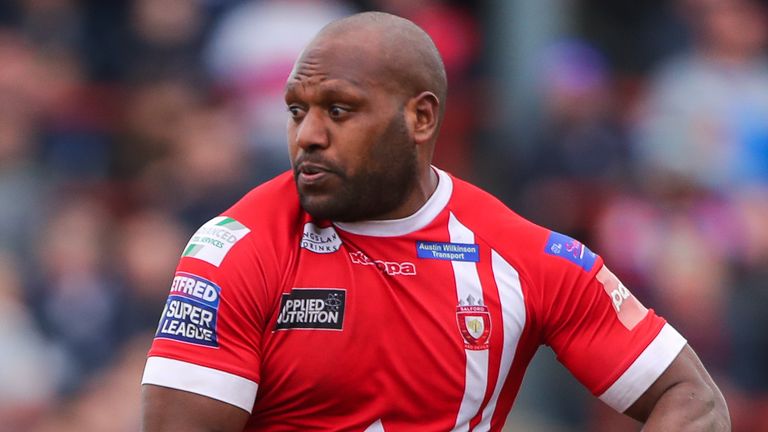 “It’s going to be a tough game because the style of footy is getting quicker and it suits teams like that. We’ll have to be on our toes defensively and in attack, and just compete and have a bit of fun.”

Lui missed the Rhinos’ losses to Saints and Wigan, having struggled with an injury in training ahead of the former, and is set to return on Saturday to continue his burgeoning half-back partnership with Luke Gale.

It proved frustrating for Lui, having played just one game since the season resumed before being ruled out for two matches, and he is feeling ready to get back out on the field for the clash with Salford.

“I came in for the captain’s run and I couldn’t move my leg,” Lui said. “The doctor had a look around and there was a bit of swelling there, so he hooked me off.