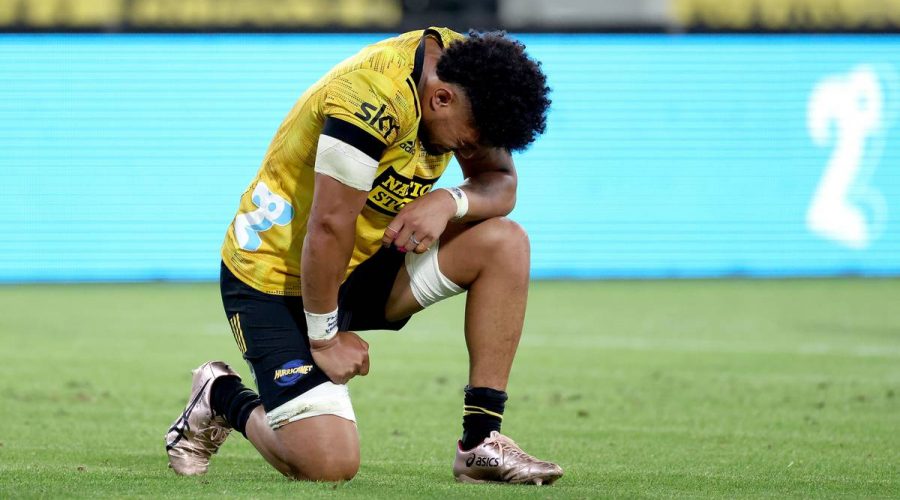 There is something missing from the Super Rugby Aotearoa landscape. Or at least there isn’t enough of it about.

But what to call this ingredient that is lacking? Back in the day it probably would have been called old-fashioned mongrel, but that’s not it.

Mongrel implies uncontrolled savagery: a hot-headed, rabid approach that used to have value when rugby was essentially a pub fight between the forwards punctuated by a kicking contest between the two first-fives.

What’s missing are bona fide, fear-inducing, relentless, unbreakable characters with a commitment to impose themselves by whatever means possible for the full 80 minutes.

What too few players seem to have at the moment is the mindset that defines greatness. There’s something that sets the best apart – be it attitude, desire, a mentality of ruthlessness and sacrifice that leads them to consider anything and everything in their quest to dominate.

The link between all of New Zealand’s best players – and the two best in history certainly – is their mentality. Richie McCaw and Dan Carter were driven by this need to assert themselves – something which remains within them today.

McCaw is currently taking part in the world’s toughest adventure race, hauling himself up hills, across rivers and through impenetrable bush. He will take himself well beyond his physical limits in the next few days – the same way he would when he played.

Carter, in announcing his retirement last month, reminded everyone that even at 38, he was only interested in being the best player on the field. If he couldn’t do that, he couldn’t in good conscience take the pay cheque.

Who in the first two weeks of Sky Super Rugby Aotearoa could say they match these two greats in mindset? Who has shown a similar mentality to dominate and find a way to win, to crush and to own their opposition?

Ardie Savea has been close at times to showing that mindset of greatness. He is the sole beacon of light at the Hurricanes, but he’s battling behind a dispirited and underwhelming tight five this year and so there were patches against the Crusaders where he was chasing shadows.

He needs Dane Coles back alongside him – a man who most definitely has the right attitude and willingness to look opposition in the eye and ask them whether they are prepared to match his commitment to win.

Sam Cane has that dominant mindset but we didn’t see it against the Highlanders. Last year when he assumed the All Blacks captaincy, his toughness, his resilience and his desire were all supremely well channelled.

His depth of character became undeniable and the Chiefs need that side of him to be switched on now before they are staring at another horrible season.

Like Savea, Cane needs an ally in the trenches and it’s plausible to believe that were Brodie Retallick available, the Chiefs wouldn’t be as mentally frail as they currently are.

There’s a long list of qualities Retallick brings to the rugby field, but none is more important than his attitude and willingness to demand from his teammates what he gives of himself.

Retallick isn’t an athletic colossus. Other locks outperform him in the gym but they will not still be charging over the top of opponents in minute 79 the way he is. Retallick brings controlled rage and a drive that can’t be developed by bench pressing and his absence is denying the next generation of New Zealand locks the chance to see and understand what it takes to be a great rugby player.

There’s an argument to say the table-topping Crusaders collectively possess the dominant mindset, but if they truly did, they would still be picking bits of the Hurricanes out from their studs.

At 26-6 up at halftime on Sunday, the Crusaders, had they channelled all their inner fury, should have destroyed the Hurricanes by an unseemly and psychologically damaging margin.

The revenge factor should have been weighing heavily on the Crusaders, having lost their stunning home record to the Hurricanes last year.

A team with a truly dominant mindset doesn’t tail off in the second half no matter the score. The great teams and the great players are defined by their cold pursuit of victory – their almost callous, pleasure-less dissection of opponents.

The best teams don’t accept they can have a quiet 10 minutes or a cruisy second half if they powered through the work in the first. Emptying the bench is not a reason to accept mediocrity as happened against the Hurricanes.

Undoubtedly, the Crusaders are mentally tough, but we haven’t seen that demonstrated forcefully enough in 2021 and so far, Super Rugby Aotearoa has been defined by what it is missing rather than what it has produced.

March 9, 2021 Rugby League Comments Off on Sky Super Rugby Aotearoa 2021: Gregor Paul – What Super Rugby is most lacking – and the men who could fix it
NFL News