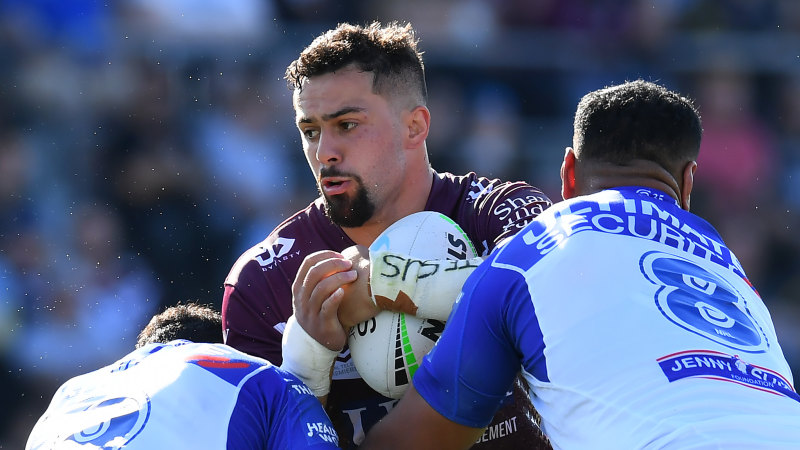 The NRL is hopeful the remaining nine players yet to be vaccinated will opt to do so as plans were revealed to keep them safe next season after Josh Aloiai became the first to contract COVID-19.

Aloiai tested positive despite being double vaccinated, on the same day a member of the GWS Giants AFL program produced a positive result. The development resulted in the Manly forward’s fight with Paul Gallen in Newcastle on December 10 being cancelled.

Aloiai was recently double-vaccinated and hasn’t been in contact with his Sea Eagles teammates given that he isn’t required to return to footy training until mid-December. 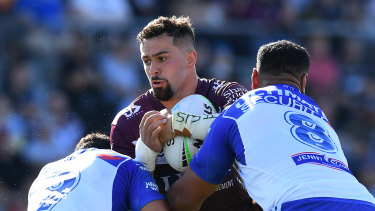 Josh Aloiai has become the first league player to test positive to COVID-19.Credit:Getty

Aloiai and Gallen were meant to step into the ring as part of a huge card that included the professional debut of Harry Garside, who at the Tokyo Games became Australia’s first Olympic medallist in more than three decades.

Included on the extended card was another footy fight, between Chris Heighington and Joey Leilua, as part of a two-day boxing event that also featured the Moloney brothers, Andrew and Jason. It is likely the promotion will be rescheduled to Sydney on December 21 and 22, although Aloiai isn’t expected to take part.

The NRL managed to finish the 2021 season with minimal disruption to the draw after the entire competition was shifted to Queensland. ARL Commission chairman Peter V’landys said Aloiai’s positive result vindicated the relocation, but he was hopeful a similar move would not be required again.

V’landys was confident rapid-antigen tests would be an effective means of keeping players and staff safe next season. 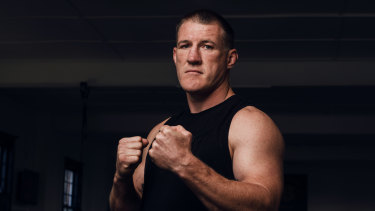 Paul Gallen’s fight with Josh Aloiai has been cancelled.Credit:James Brickwood

“From day one, we have always been aware that vaccinated players will still catch it,” V’landys said.

“In order to stop it, you do rapid-antigen tests. We caught a lot of people at the gate and we’re looking at that with the NRL. If you look at the Premier League in England, players are missing out all the time – they’ve caught COVID and are out for two weeks.

“We won’t lose any players because we will be better prepared.

“I’m very confident that we’ll be able to get through the season with proper protocols, with less inconvenience to players.”

Despite not mandating vaccination, only nine players are yet to be double-jabbed.

“We’ve got nine to go and, hopefully, they all vaccinate,” V’landys said. “If we get to 100 per cent, I’ll be a very proud person because we’ve done it with co-operation and education.

“If you try to do it with a sledgehammer, you don’t always get the outcome you’re after.”

Asked if salary cap and other exemptions would be given to clubs with players who refuse to be vaccinated, V’landys said: “I’m hoping these nine will vaccinate and we won’t need anything.”

Gallen was taken back by the Aloiai news as promoters scramble to find a suitable replacement.

“It’s a head spin at the moment – I don’t know what to do or think,” Gallen said.

“I’ve worked hard over the last couple of months; it would be nice to fight someone.

“The trouble with me is that I’ve said from day one that I’m a prize fighter. You can’t just pluck someone from thin air and stick him in there unless it sells. Unless the opponent has some appeal or profile, it doesn’t work.

“[Laughing] Unless Sonny Bill pops up, I don’t know.

“It’s easy to talk it up now, but I was confident [I’d beat Aloiai].

“I was sparring good fighters, I was going OK.”