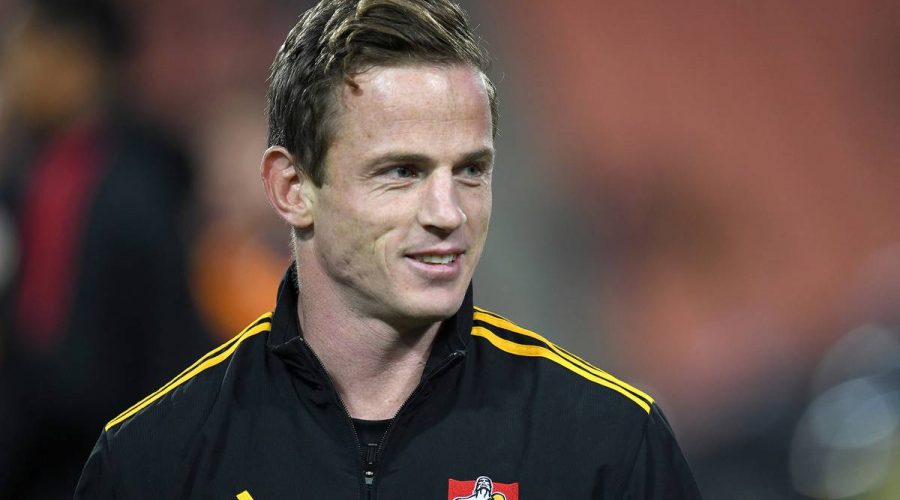 Brad Weber has a major decision to make in the coming weeks.

Off contact with New Zealand Rugby at the end of this year, Weber’s preference is to stay but at his stage in career he admits offshore alternatives will be seriously considered.

The main deciding factor, as with any professional rugby athlete, will be the salary he is offered. The price must be right for the Chiefs and All Blacks to retain his services.

“There’s a lot to think about for me at the moment,” Weber tells the Herald this week as he prepares for the Chiefs’ final transtasman match against the Waratahs in Sydney on Saturday night.

“I’m at a real crossroads in my career. Ideally, I’d love to stay in New Zealand. I love it here; I love the Chiefs. I would love to put myself in the mix for another World Cup, but I’ve also got to think about life after rugby and what that looks like.

“I’ve just turned 30. I still feel great; I feel I’ve got plenty of years left in me but I know one day it’s all going to end. I’m trying to work with my agent and get the numbers right.

“Hopefully New Zealand Rugby see the value as well and we can come to an agreement to stick around but if a really good offer overseas comes along, I’ll have to seriously consider it.”

Weber’s situation appears somewhat similar to that of Paris-bound All Blacks second five-eighth Ngani Laumape, who plays his final match for the Hurricanes in Wellington on Friday.

Laumape, not a first-choice All Blacks midfielder, was therefore offered a contract he felt significantly underwhelmed his market value, given he stands to earn $400,000 more per-season in France over the next three years.

In the end the Hurricanes were ultimately hamstrung by NZ Rugby’s offer to Laumape.

In an All Blacks context Weber is, likewise, stuck behind Aaron Smith’s influential presence.

While halfback is not a position that boasts extensive depth injured Highlanders No 9 Folau Fakatava and Weber’s deputy at the Chiefs, Xavier Roe, are highly-touted emerging prospects.

TJ Perenara’s flirtation with the Sydney Roosters is also believed to have forced NZ Rugby to bump his salary on return from Japan, which may leave Weber in a difficult position when it comes to gaining a contract extension that reflects his true value.

As he weighs his options an increasingly favoured Japanese sabbatical is not high on Weber’s agenda.

Weber has played seven tests for the All Blacks since 2015 – all off the bench – but with Perenara ineligible for the July tests he is expected to be second-choice to Smith, with Mitchell Drummond the likely third option. Weber, though, is taking nothing for granted.

“If I’m lucky enough to be selected I’d be dead keen to hopefully contribute a little bit more this season. I don’t like to get too far ahead of myself it’s got me in trouble in the past.”

For the Chiefs, there’s no doubting Weber’s standing. This year he assumed sole captaincy for the first time following Sam Cane’s season-ending pec injury and helped lead the Chiefs from their record-equalling 11-game losing run to the Aotearoa final under interim head coach Clayton McMillian.

“It’s important to have a bit of perspective on your season. Even when we were going no good it was great having guys keep it real and know there’s more to life than rugby and if we stick with each other, we’ll come out the other side.”

Weber is full of praise for McMillian. From being in regular contact with the Chiefs leaders during last year’s All Blacks season to targeting a cultural improvement, McMillian transformed a side on the slide.

“He can be hard-nosed when he needs to be and give the boys a rocket – we’ve had that a couple of times – but he can also be an incredibly caring man and knows when to flick different switches. It’s exactly what we need. His Maori background certainly helps around the Chiefs region. He’s got a great knowledge which helps the team buy into something greater than just playing a game. Those are the extras in the elite game you probably need.”

The McMillan versus Warren Gatland dynamic has been a near constant cloud hovering over the Chiefs but Weber believes the two will blend together when the latter returns from guiding the British and Irish Lions to South Africa next month.

“I respect both Clayton and Gats. I know Clayton is having a lot of dialogue with Gats as the season has gone on.

“Speaking to Clayton I know he’s excited to coach alongside such a world-class coach like Gats. Even though our results weren’t great last year I see a lot of good stuff in Gats.

“No doubt he would’ve learnt a lot about coming back into a Super Rugby environment rather than being at the senior international level. It’s a different beast. We’ve got kids; guys stepping into their first year of professional rugby and it would’ve been a while since Gats has done that but I could certainly see what makes him such a good coach and why he’s been so successful so he’ll learn from last year, as the rest of us did, and him and Clayton will work really well together.”

June 11, 2021 Rugby League Comments Off on Rugby: Brad Weber’s big decision – Should he stay or should he go?
NFL News