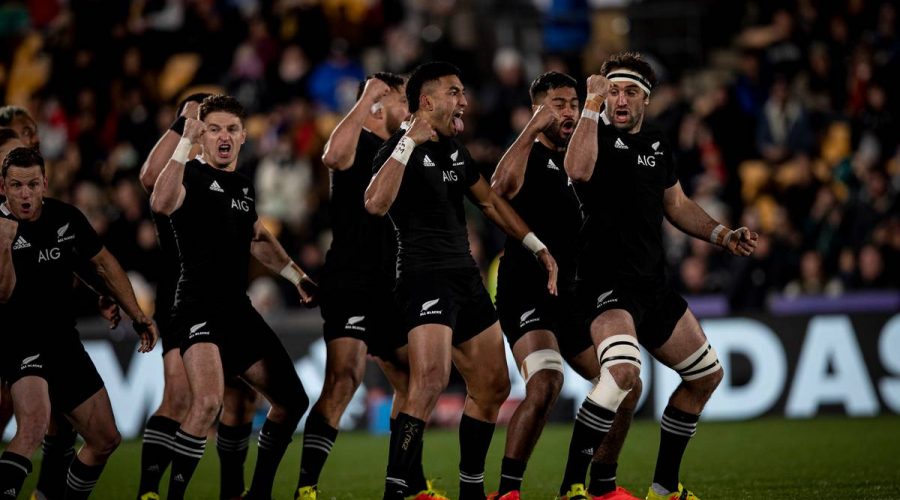 Settling on a first-choice starting team is proving the most difficult in Ian Foster’s nine years with the All Blacks.

Rotation is set to be in full swing in the coming weeks as the All Blacks move on from their record-equalling 102-0 rout of Tonga to contemplate a two-test series against Fiji that will, hopefully, restore some credibility to the test arena.

The match against the understrength Tongan side, denied access to their leading European players due to Covid-19 challenges, did little to significantly enhance or diminish pecking orders within the All Blacks given the level of opposition allowed 16 tries to be scored – many of those with consummate ease.

What Tonga would give for the depth and class prevalent throughout Foster’s extended 36-man squad.

Aaron Smith, Brodie Retallick, Sevu Reece, Codie Taylor, David Havili, Hoskins Sotutu – all of whom watched on from the half full Mt Smart Stadium grandstands – are expected to be ushered in for the first test against Fiji in Dunedin on Saturday. That team is also likely to feature several other changes such as Beauden Barrett’s potential return to No 10.

From a fitness perspective Ardie Savea continues to battle the same knee he injured earlier this year and is therefore considered unlikely to play this week.

On Sunday All Blacks defence coach Scott McLeod confirmed fellow loose forward Shannon Frizell is yet to be cleared to return from his high ankle sprain, and that Blues openside Dalton Papalii sustained a calf strain against Tonga, leaving the All Blacks light in this department.

“We have to wait until Tuesday. They’re both in a similar boat in terms of their availability,” McLeod said of Savea and Frizell. “We just have to test them a little bit more – it’s not as if they’re available as of today.

“Dalton came off as a precaution. Length or term we’re not too sure we’ll have to see how he unfolds over the next couple of days.”

Yet with Luke Jacobson, Akira Ioane, Sotutu and Ethan Blackadder in form, there should be no major concerns for the All Blacks. Jacobson or Blackadder, in what would be his second test appearance, are options to fill the No 7 void if Savea and Papalii are ruled out this week.

From the back three, where Damian McKenzie is applying heat to Jordie Barrett’s claims at fullback and Will Jordan’s five tries against Tonga staked his claims for another start on the wing, to the new-look midfield, first five-eighth, loose forwards, lock and front row, Foster has selection headaches all over the park.

During his eight years as Steve Hansen’s assistant Foster rarely if ever faced such intense competition for places in an era where, more often than not, starters were well established.

Not so now it seems.

“I would say in my time with the All Blacks there’s probably more positions that we’re debating than for a long, long time,” Foster said. “This series is very important for us from that perspective. We’ve got some big calls to make, but we’ll worry about those calls after we see these three games and the great thing is we’ve actually got the chance for people to put their best foot forward during the training week and with how they prepare. She’s pretty competitive.”

The reality is Foster’s selection preferences won’t become clear until the All Blacks play the opening Bledisloe Cup test against the Wallabies at Eden Park on August 7. Until then, auditions are underway in most positions.

McLeod doubled down on the notion that training form would influence selection – no great surprise in the wake of the Tongan mismatch.

“There’s 36 guys that want to start every week but Ian is really good at painting a bigger picture,” McLeod said. “Everyone will get some sort of opportunity but at training that’s their chance to show they want to play as well so it’s interesting times.”

Other than Jordan’s irrepressible presence, Brad Weber’s performance against Tonga flew under the radar, particularly with Blues halfback Finlay Christie making his debut off the bench. Prior to that Weber claimed three tries to highlight his support play but, more importantly, his speed to the base and crisp delivery sent a message of sorts in his first test start.

For what it’s worth, the All Blacks expect Fiji – led by Vern Cotter and Crusaders forwards coach Jason Ryan – to provide much sterner opposition.

Fiji too, however, are not at full strength after being denied access to their most notable star in Semi Radradra due to his now-completed involvement with Pat Lam’s Bristol Bears in the English Premiership playoffs.

Like Tonga, Fiji have also been forced to endure two weeks of quarantine which compromises their preparation.

“Fiji are a different beast,” McLeod said. “We’re expecting them to be highly organised with a new coaching set-up. They have a number of players from Europe who are very good. They run just as hard as the Tongan boys so our defence in the collision areas will have to be up another level. Playing them under the roof they’ll want to throw the ball around as well.”

July 4, 2021 Rugby League Comments Off on Rugby: All Blacks to audition for starting roles this month
NFL News