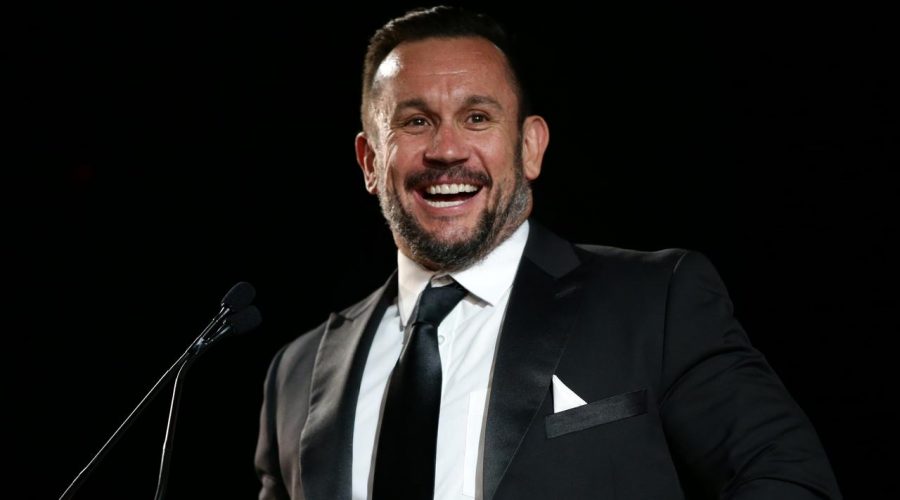 Matty Johns is one of Australian sports media’s most well-known personalities but he’s not always so crash hot when it comes to recognising other famous faces.

The former Newcastle Knights star turned popular TV host for Fox League was on Melbourne radio this morning when he told a couple of funny tales about getting caught up in cases of mistaken identity.

After telling SEN Breakfast he likes supporting sports teams who are starting from the bottom so he can watch them work their way towards glory, co-hosts and former AFL players Garry Lyon and Tim Watson told Johns he should support North Melbourne.

The NRL great agreed and was reminded of a time where he called former Kangaroos coach Denis Pagan the wrong name, getting mixed up with ex-Newcastle teammate Michael Hagan.

“I’ve got a funny story about North Melbourne. Years ago I was up on the Sunshine Coast on holiday — this is about 15 years ago I’d reckon,” Johns said.

“I’m having a swim in the pool, I was half shot, I look over at the other side of the pool and I see this ugly bloke, like he should be hanging off a building.

“I said, ‘Yeah I’m going good, chat chat chat’. Anyway, I thought jeez, he’s a rude b***ard, and as I swam away, I said to someone, ‘That bloke over there, who’s he?’ And they said it was Denis Pagan.

“I used to play with a bloke called Mick Hagan!”

Michael Hagan in his days as Parramatta coach.Source:News Limited

Then there was the time Johns confused Australian spinner Ashton Agar with fast bowler Mitchell Starc.

They’re both left-handed, but that’s where the similarities end.

“That’s up there with another time. When the Ashes were on, I walked out the back of Fox Sports and I’m standing there and I’m having a conversation with Ashton Agar,” Johns told SEN.

“I’m talking to him for about 45 minutes about how he thinks the Test is going to go.

“I’ve gone out and done the show, then come back into the green room. Anyway, the TV’s on, and I thought it must be a rain break because Ashton Agar’s playing the Test match.

We’re assuming Ashton had hair when Matty made his mistake.Source:News Corp Australia