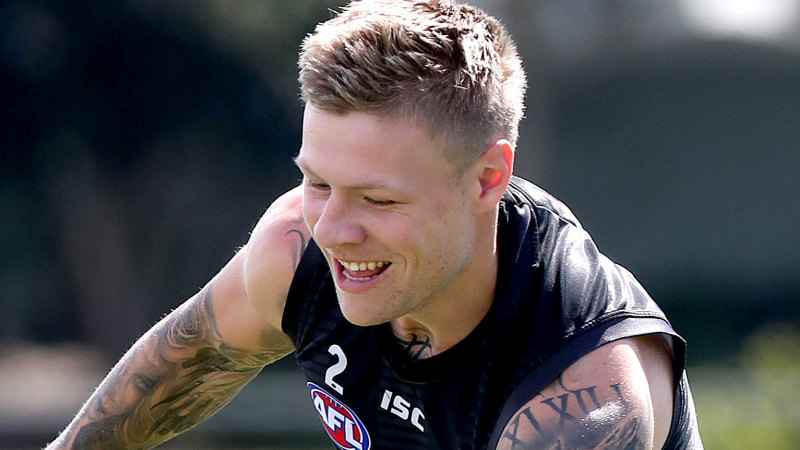 A fully fit Jordan De Goey hit the track with his Collingwood teammates on Friday for the club's first official day of full pre-season training.

De Goey looked strong and ran powerfully throughout the session, which involved some work focused on the footy, but a lot more focused on brutal running in the heat at Olympic Park. 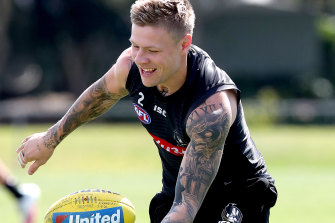 A hamstring injury which bothered him in late 2019 did not impact his start to 2020 but he picked up a finger injury that saw him miss significant time in the middle of the season.

However, he looks to have hit this pre-season unimpeded in good signs for Magpies fans and coach Nathan Buckley, who kept a watchful eye over training.

Meanwhile at Carlton, veteran forward Eddie Betts will miss one to two weeks of training because of a calf injury.

The Blues confirmed Betts had "irritated" some old scar tissue in his calf at training on Thursday.

Betts joined Carlton from Adelaide for the 2020 season and signed another one-year contract following the season.

The Pies trained in small groups across the morning because of coronavirus restrictions although clubs hope to be back to normal by Monday.

Young forward Will Kelly was particularly impressive in running drills, beating some midfielders and small forwards by a considerable margin in a taxing shuttle run drill.