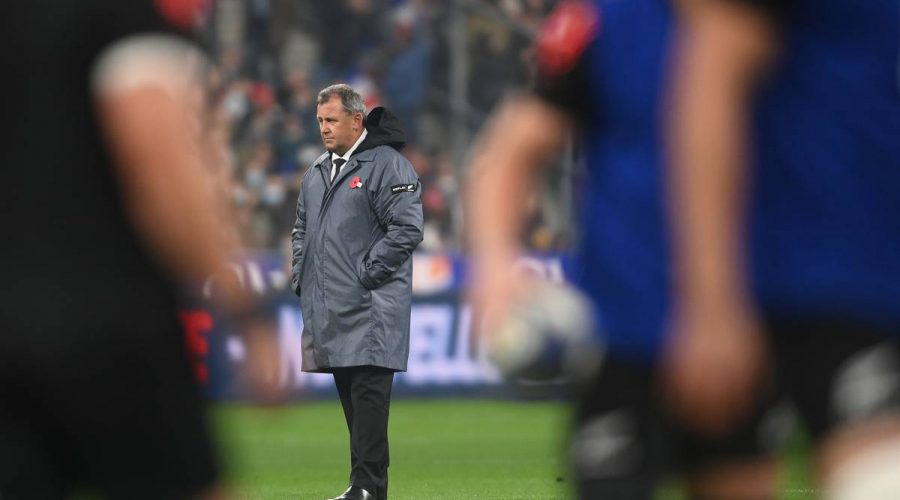 This will be a summer of discontent in New Zealand rugby. But it’d be amazing if Ian Foster wasn’t still in charge in 2022.

France’s entirely deserved 40-25 triumph in Paris provided a heartbreaking night for All Blacks fans. Only one loss has stung more.

In Westgate Street in Cardiff in 2007 I tried to help a young Kiwi offer words of comfort to his sobbing fiancée, who had just been traumatised by France knocking out the All Blacks in the World Cup in a quarter-final. “What just happened?” was all she could manage to say.

A similar question now has to weigh on the minds of everyone at New Zealand Rugby’s headquarters and in the All Blacks. The last time we saw France dominate New Zealand the way they did in the first half of the victory in Paris was way, way back in the 22-8 drubbing at Lancaster Park in 1994.

When the All Blacks disappoint, the reactions can be brutal, and the man in the sights is always the coach.

Ask Graham Henry. After the shock exit in 2007 it was eventually revealed he’d stand again for the head coaching position. At the time unbeaten All Blacks captain Buck Shelford said, “The World Cup was a disaster. We need a change.” Laurie Mains, coach of the 1995 World Cup All Blacks, said, “I’m amazed that Graham Henry hasn’t resigned. It’s quite unbelievable.”

In Scott Robertson there is patently a potential replacement All Blacks coach, a man whose hat-trick of Super Rugby titles, followed by two Super Rugby Aotearoa titles, is probably even more remarkable than Robbie Deans’ amazing record of five Super titles over nine seasons.

But these are very different circumstances to when Deans’ challenge to Henry was rejected by the NZRU in February 2008.

For a start Foster has a contract that runs through to the 2023 World Cup. Henry’s All Blacks contract was over after the ’07 Cup.

Much more pertinent is that because of Covid-19 This has been a unique season in All Blacks history. The 2021 team has been away for three months.

In the amateur era All Blacks went on tours overseas that lasted for as long as four months, but they were travelling when the world was open, and diversions ranging from grouse shooting in Scotland to visiting the Folies Bergere in Paris gave them the sort of essential mental break never available to the current team in This time of plague.

Is it any surprise that the worst All Blacks performances this year have been at the tail end of a crazy 15-test season, in which, count ’em, 10 have been out of New Zealand?

Dip your toe in the vicious cesspit of social media, and Foster has to go. But take a deep breath, consider the circumstances, and if NZR moved to drop him it’d amount to a breach of trust.

Some of the current French forwards have the look of men recruited from the toughest backstreets of Marseille, veterans of a decade or so spent at the bottom of a million mauls in French club rugby, which can be like a UFC fight night with sprigs.

What’s nerve wracking, when we consider that the All Blacks will open the 2023 World Cup playing France in Paris, is that in fact the French forwards are virtually international rookies.

Half the French starting pack were 25 or younger. Five of the All Blacks pack were over 30. Talking with Steve Hansen before the 2015 World Cup he said a big secret of selection was knowing when to bring in new players. “You can’t get rid of all the old guys, and you can’t keep all the old guys.”

With two more seasons under their belts matching these French forwards in the next Cup is going to take the sort of grunt and expertise the All Blacks demonstrated in the first 20 minutes of the second half at the Stade de France. It’s likely it’ll be needed for the full 80 minutes in 2023.

A light at the end of the tunnel?

For a man starting his first top-tier test Quinn Tupaea made just one error, and a very technical one at that. Taking the ball up on attack he tried to scramble another metre on his knees and was penalised.

In the rest of his 80 minutes he played with the same sort of composed determination that had slipped past the attention of many of us, but not the national selectors, when he was playing for the Chiefs.

Among the newer players This year Tupaea and Dalton Papalii are the two who have advanced their cause the most.

A nailbiter without any angst

With no emotional investment for a New Zealander, the surprise viewing pleasure of the northern weekend was the thrilling 27-26 victory for England over South Africa,

Considering that both teams have garnered reputations as Mogadon in jerseys the Twickenham test had everything, from well-executed high-speed moves running the ball to a last-second win thanks to a penalty goal from a new English hero, first-five Marcus Smith.

As cynical as I often am about British media claims for their sports stars, Smith, 22 years old, and playing just his fourth test, looks hugely promising. The best thing? He doesn’t seem to have “kick” ingrained on his mind as his first action when he receives the ball.

Good on the mobile Mooloos – and a terrific Taranaki

Waikato won the NPC premiership with a gritty 23-20 win over Tasman, after a totally bizarre season in which, because of Covid-19, they hadn’t played a home game in Hamilton for two months.

They deserve every bit of acclaim they get, and so too do Taranaki, who took the championship in Inglewood – these are strange days indeed, aren’t they? – by beating Otago32-19.

A special well done to Taranaki coach Neil Barnes, quite rightly aggrieved that they didn’t have a chanced at winning promotion, despite having beaten the top-tier champions Waikato 33-26 in Tauranga five weeks ago.

His aftermatch interview was a wonderful, no-holds-barred burst of blistering honesty on what he sees, quite rightly, as a ridiculous situation.

November 21, 2021 Rugby League Comments Off on Phil Gifford: The reason why the All Blacks will stick with coach Ian Foster
NFL News