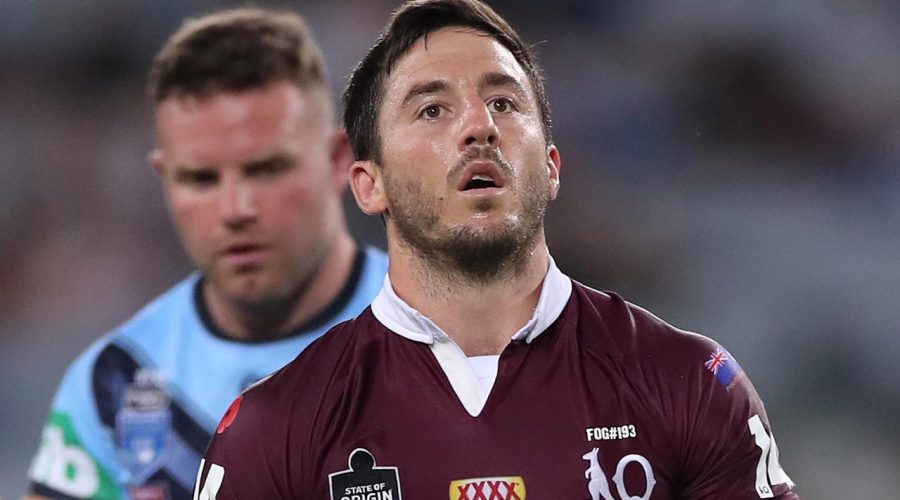 Maroons utility Ben Hunt says he deserved to be axed from last year’s State of Origin series decider and has credited new Dragons coach Anthony Griffin for his recall.

The versatile 31-year-old will play in the number 14 jersey on Sunday night at Suncorp Stadium in his first Origin game since being dropped for Harry Grant ahead of Queensland’s win in game three last season.

With Grant, Reed Mahoney and utility AJ Brimson all unavailable due to injury, and in the wake of Queensland’s 50-6 loss in game one, Hunt has been given another chance by coach Paul Green to add to his nine Origin appearances.

“It was tough, but I kind of saw that it was coming,” Hunt said of last year’s axing.

“In game two [a 34-10 loss] I was disappointed with how I played. I had a pretty good read on it but I wasn’t dirty. It was my own fault.

“I definitely have the belief that I can perform in this arena and do a job. Greeny has put some faith in me now to come in and do a role and I have to do that for him.

“He told me I’d be playing the utility role and we’d work it out as the week goes on, so I will prepare to play anywhere from number six to 13.”

Hunt was the Ron McAuliffe Medal-winner as Queensland’s player of the series in 2019 but was below his best for the Dragons in their dire 2020 season.

Under his old Broncos coach Anthony “Hook” Griffin he has regained his mojo and it was an inspirational and influential display at halfback in the comeback 22-20 win over the Raiders last week that sealed his Origin selection.

“That gave me a lot of confidence,” Hunt said.

“That was a real courageous effort from our boys at the Dragons and I felt like I played reasonably well and did some good things for the team, so I feel good coming into camp.

“Hook has been great with the way he puts a lot of confidence in me and drives me to take control of the team and get out and get after it. I give him a lot of credit for getting me to play some good footy.

“I just like the way Hook is really direct. We understand each other. I know where I stand with him and he has always found the way to get the best out of me.”

The return of his close mate and Dragons hooker Andrew McCullough after a three-year absence from the Origin arena has also buoyed Hunt.

“I didn’t think we’d have the opportunity to play together again at this level, so it is exciting. I think he has earned it,” Hunt said.

“He has been great for us at the Dragons. We’d be lost without him this year.

“Queensland needs to get back to defending well with a tight game and Macca will be well-suited to that.”