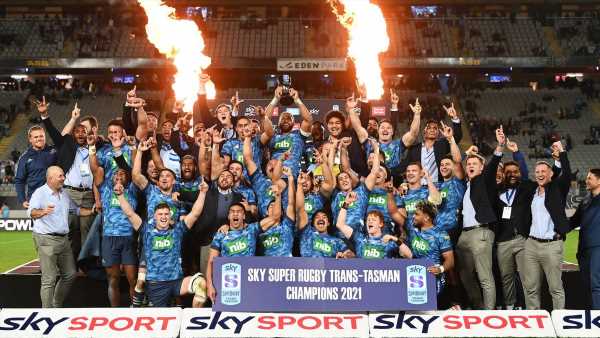 New Zealand Rugby chief executive Mark Robinson is confused and perplexed about the latest brewing standoff with Rugby Australia – this time over the future of next year’s proposed 12-team Super Rugby competition.

New Zealand Rugby’s hopes of getting signoff on the 12-team competition appeared to hit a major snag this week with Rugby Australia chairman Hamish McLennan claiming the transtasman format felt “imbalanced” in a public push for a greater slice of competition revenue.

There are strong suggestions Rugby Australia now want a bizarre conference-based system to guarantee one Australian side will make the final – a prospect that would severely undermine the competition’s integrity from the outset.

“That’s why I’m surprised because it’s been agreed,” Robinson said on Friday following a NZ Rugby board meeting. “A whole host of things have been agreed.

“That’s the first we’ve heard of any of those concerns or issues so we’re a little bit confused to be honest.

“We’re a bit perplexed, really. We don’t understand what the issues or concerns are so we’ll continue talking in accordance with the pre-planned meetings we already have in store.”

“That seems to be the preference for all parties at the moment including all the clubs and the national unions as far as we’re concerned.”

NZ Rugby and their Australian counterparts had a major falling out around Super Rugby last year – McLennan repeatedly claiming the relationship hit its lowest ebb – but eventually settled their differences.

Asked whether another potential public spat was frustrating, Robinson said: “It’s just sport. We saw elements of this last year, didn’t we? We’ll continue to deal with the people we are in contact with in Rugby Australia in the constructive way we have been.

“We’re only hearing these things through the media. All communication to date has led us to believe we’re on a mutual timeline. I’m sure we’ll reconnect next week and try and understand what these issues are.”

Moana Pasifika and the Fijian Drua are yet to appoint coaches or contract players for their proposed entry next year as time fast runs out to build competitive squads.

Robinson, however, continues to back their respective inclusions.

“They’ve made good progress in a number of areas but there’s still work to do. The key thing is the business model.

“In the backdrop of a pandemic it’s not always straightforward but a huge amount of work has gone in with both those teams and they’ve made good progress in a short time.

“We have applied a lot of resource ourselves; we’re really committed to it, but there are a whole lot of things that aren’t straightforward that we’re dealing with on all fronts.

“We’re getting really close. There’s a lot of will around the game to make this happen.”

As for the stagnant Silver Lake deal, New Zealand Rugby and the Players’ Association have and continue to hold meetings as they seek to reach a resolution over the best way to fund the game.

As it stands, NZ Rugby and the provincial unions favour the $387.5 million Silver Lake offer while the Players’ Association have advocated for an IPO investment.

No concrete progress has been made over this deadlock but Robinson believes by the end of next week, with two further days of negotiations scheduled, a clearer picture will emerge.

“I’m heartened that recent engagement has shown all parties involved want the best possible outcome for New Zealand rugby and we think the game deserves certainty in a reasonable timeframe. On that basis, we are still optimistic about the work that’s going on.

“We’re not wedded to any fixed timeframe. Silver Lake are prepared to be patient. They understand how significant this decision is for rugby and the wider country and on that basis, they are happy to be kept abreast of things and be engaged where necessary.”

In other developments, Robinson said NZ Rugby is committed to spending “millions” on getting a new women’s Super Rugby competition off the ground next year.

“We want to do it well. We want it to be a fantastic product that people can get in behind and carve its own identity within our sporting landscape. We’re taking it incredibly seriously but we’re working in a really challenging environment financially that needs a bit of navigating through. It’s a really significant commitment from rugby to look at standing it up.”

NZ Rugby also expects to soon be in a position to confirm a money-spinning test in the United States, previously revealed by the Herald, en route to the All Blacks end of year tour. That match will increase the All Blacks season to a 15-test campaign.