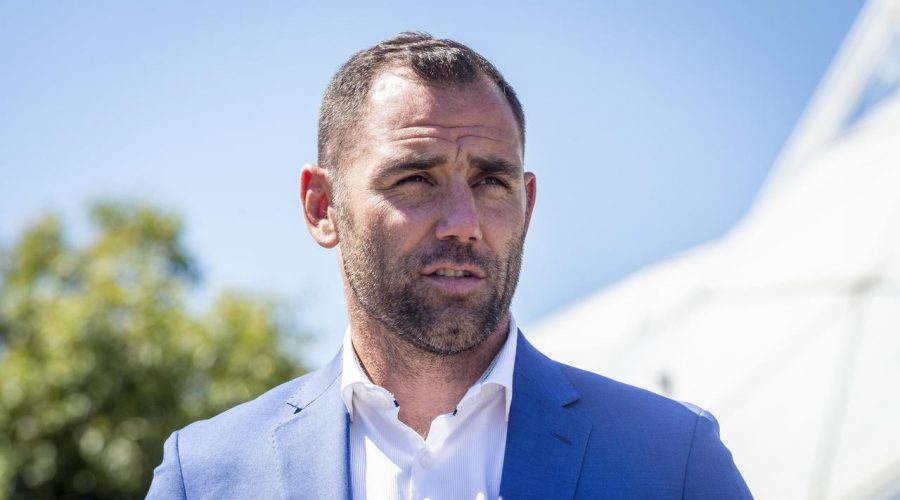 There is little doubt that Cameron Smith will be an Immortal but the NRL have shut down the speculation he may be pushed to the front of the queue.

While Smith ended his remarkable career on Wednesday, there was a push to give him the game’s ultimate honour — making him an Immortal — early but it looks like he’ll have to wait five years just like everyone else.

No one has achieved what Smith has with 433 games for Melbourne — becoming the first player to ever break the 400-game barrier — represented Queensland 42 times, to go with his 56 Tests for Australia.

He’s also had more points than any other player in history with 2786 points, 368 more than the second placed Hazem El Masri.

But it hasn’t stopped ARL Commission chairman Peter V’landys revealing that Smith won’t be getting any special treatment.

“At that meeting it was heavily felt that the Immortals has to be held in the highest regard – it is the most prestigious honour in the game ever,” V’landys told NCA NewsWire.

“In order to keep that prestige, you have got to be patient and go through a vigorous process.

“The Immortals have to be a percentage of the Hall of Fame, but at the moment that percentage is too high.

“You also have to keep the Hall of Fame relevant as well.

“So, they feel that we should wait a little while for the next Immortal.

So this was goodbye.Source:Getty Images

“At the end of the day the commission makes the decision, but we certainly will be taking the views of this advisory commission on board.

“There were no resolutions from the meeting, so it gives us some food from thought, but the very clear induction from the meeting was that the Immortals has to be held in a prestigious category.

“We’ve always said we are agile, and we will make decisions when they are warranted, but on this occasion, we can see the views of this advisory panel and we are very respectful of their views and, naturally, we will take them on board.

“We are going to have another meeting, but at this point it (change) isn’t on the agenda.”

And then again, not everyone is 100 per cent sure that Smith has completely retired.

But it appears the rules will stick, much to the chagrin of the Storm.

“If they were ever going to change it, they wouldn’t get many arguments with Cameron,” he said.

But former Queensland Origin star Brent Tate told SEN 1170, that allowing Smith to skip the queue would be disrespectful for the legendary players not yet labelled Immortals.

At the end of the day they all have to abide by the rules,” Tate said on SEN 1170 Mornings.

“Cam Smith is going to be an Immortal, we all know that. But there’s probably other guys that have earnt that status before him now.

“They’ve earnt the right to get in there, so we’ve got to be a little bit respectful of that. I’m not sure why we have to wait, but it is what it is.

“There are guys who have had magnificent careers that are befitting of that Immortal status that do probably deserve it before Cam.

“Mainly because they’ve served a bit of time in line already.”