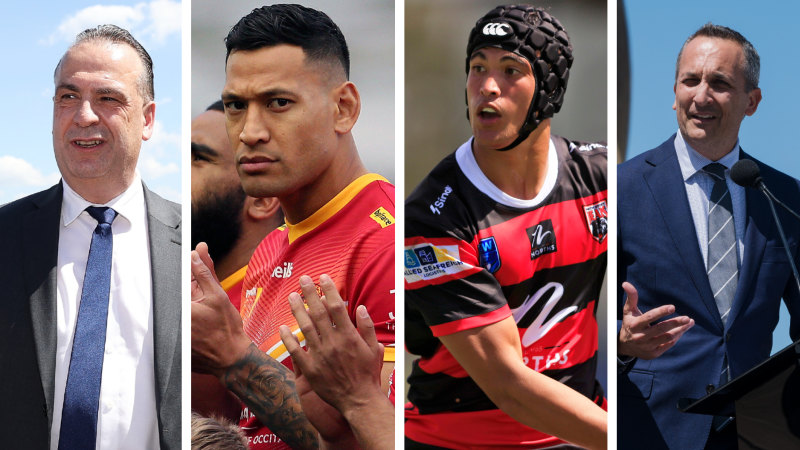 The Sydney Morning Herald approached all 32 of the NRL club chief executives and chairmen to take part in an anonymous poll covering the big issues in the sport, and 25 responded. In the first of a two-part series, this is how the game’s most influential figures view its burning questions on the eve of the season.

With the NRL set to make a call on whether the Sydney Roosters will be granted an exemption to allow Joseph Suaalii to play first grade before his 18th birthday, rival clubs have spoken out against it. The results are in, and for Suaalii it’s not good reading.

As for the NRL, a lot has changed in 12 months with head office receiving the tick of approval from a majority of clubs happy with life after Todd Greenberg.

1. How would you rate Andrew Abdo’s performance as NRL CEO? 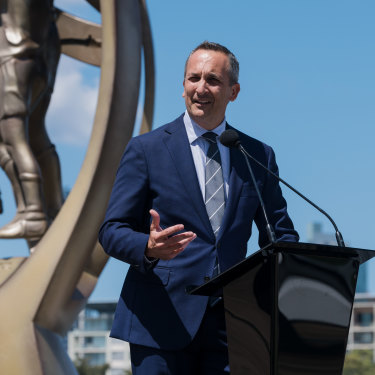 Andrew Abdo is coming up to his one-year anniversary in charge of the NRL.Credit:SMH

The verdict: Andrew Abdo has received the tick of approval from the clubs after 10 months in the job. The knives were out for Todd Greenberg last year, with a number of clubs admitting they had little faith in him to continue in the top job. Abdo’s 4.3 rating is significantly higher than Greenberg’s 3.2 from this time last year.

“I’m surprised,” Australian Rugby League Commission chairman Peter V’landys said. “I think he should have got higher. I think he’s done an outstanding job. I don’t think I’ve seen that work ethic from someone for a long time. He works his heart out. I couldn’t think of a better CEO. I think they’ve been a bit hard on him. I thought he’d be closer to a five out of five.”

2. How would you rate Peter V’landys’ performance as ARLC chairman? 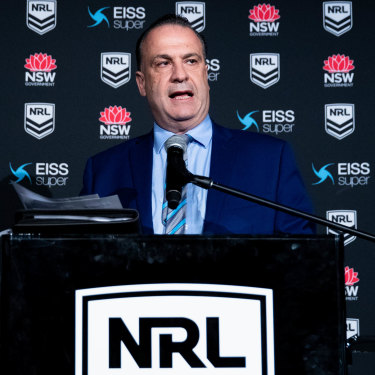 Peter V’landys has plenty of support in club land.Credit:SMH

The verdict: V’landys popularity has never been in question, but it continues to soar as the chairman scored a 4.6 rating out of five. That’s also up on last year, leaving very little room to improve going forward. It’s a problem his predecessors would have welcomed. “I’m not happy – it should have been five out of five,” V’landys joked. “Look, let’s talk this time next year, it might be 3.1, who knows.”

3. Do the ARLC and NRL executive team do enough to support the clubs? 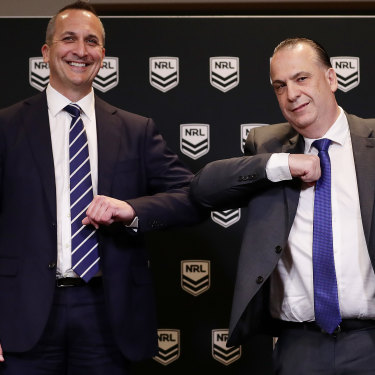 Andrew Abdo and Peter V’landys have helped change the perception of head office among the clubs.Credit:Getty

The verdict: There’s been a 63 per cent swing over the past 12 months, such are the inroads Abdo and V’landys have made. In 2020, only 21 per cent of clubs were satisfied with the support from head office, however all have been financially compensated during the COVID-19 pandemic. Abdo’s fortnightly phone hook-ups have also increased communication between the NRL and clubs.

4. Do you believe the NRL should make an exemption for Joseph Suaalii to play NRL before his 18th birthday? 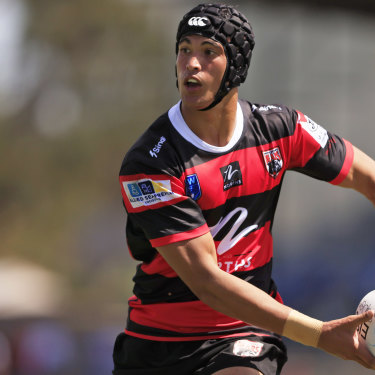 Joseph Suaalii in action during a North Sydney trial match.Credit:Getty

The verdict: If there’s one thing V’landys has shown, it’s that he loves a poll. The Roosters will be hoping he disregards this one, with three-quarters of club bosses opposed to the idea of allowing the 17-year-old to play before his next birthday – on August 1.

“He’s potentially one of the best players ever.”

5. Are you happy with the NRL’s decision to pursue funding for new boutique stadiums over ANZ Stadium redevelopment? 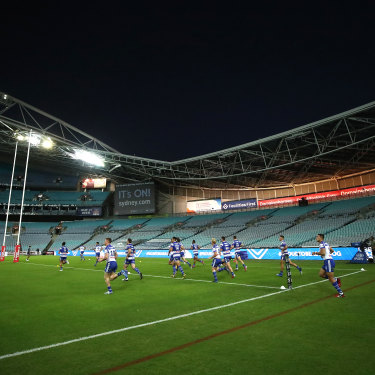 ANZ Stadium’s major refurbishment has been scrapped in favour of suburban ground funding.Credit:Getty

The verdict: While not all are happy, the majority are pleased with the NSW government’s decision to ditch major refurbishment plans at ANZ Stadium. V’landys has been pushing for up to four boutique stadiums, or “mini Bankwest Stadiums” as the ARLC chairman has pitched to government. 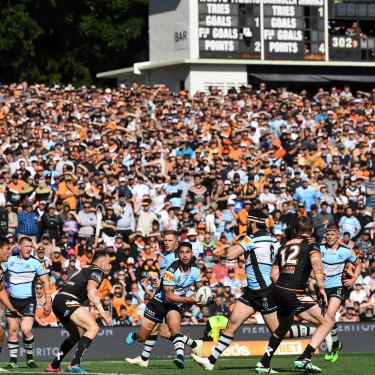 Leichhardt Oval is one of the Tigers' home grounds in urgent need of an upgrade.Credit:NRL Photos

The verdict: While Brookvale Oval and Kogarah have been earmarked as the venues in line for major upgrades, the clubs believe that will be money wasted. Almost 40 per cent of club bosses want a new stadium in Liverpool, likely to be shared by the Tigers and Bulldogs. Leichhardt Oval finished second, while there’s also support for a new stadium at Penrith which, like Liverpool, will be close to the new Badgerys Creek airport being built.

“Liverpool is one area where we have indicated to state government, but it’s their decision,” V’landys said. “They will do business cases on each area we provide. Once they do those business cases, they will determine which grounds will be done. They have already announced business cases will be done with Brookvale, Kogarah and Penrith.”

7. Would you support the return of Israel Folau to the NRL under strict conditions? 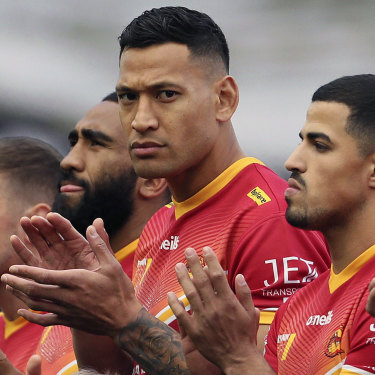 Israel Folau still has some support among clubs to return to the NRL.Credit:PA

The verdict: Israel Folau has slightly lost some support in club land, but there remains an appetite from a healthy contingent involved in the game for him to return. Apart from the Dragons, no other club has been willing to try to sign Folau but under anonymity there are a few interested parties.

“We’re not going to deviate from policy. If a club wishes to register Israel Folau, they’ll do it like any other player.”

“For Israel Folau to be registered, a club has to provide an application,” V’landys said. “We don’t have that. I can’t speculate which way we’ll go until we have that process. That’s in the rules of the NRL. It’s also policy. We’re not going to deviate from policy. If a club wishes to register Israel Folau, they’ll do it like any other player. There’ll be no special circumstances in this case.”

8. Do you believe the NRL is deliberately making it difficult for clubs to try and sign Folau to deter them from lodging a contract?

The verdict: One of the Dragons’ main criticisms of the NRL during their attempt to sign Folau was a belief head office was trying to bury them in paperwork and bureaucracy to deter them from lodging a contract. However that perception hasn’t been shared by other clubs.

9. Are you happy with the NRL’s broadcast rights deal?

The verdict: A lot has been made of the way the NRL handled last year’s broadcast rights deal and comparisons to the AFL’s deal. Some say V’landys has jumped the gun signing a long-term extension with Foxtel without securing a free-to-air deal, but the clubs are more than satisfied with the value and structure of the deal.

10. Should the NRL prevent players from earning more money at other clubs if they walk out on their deals? 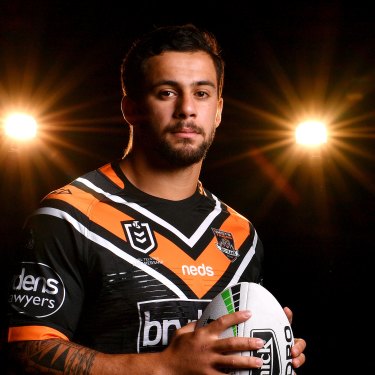 Josh Aloiai left the Wests Tigers to join Manly on more money, despite being contracted at Concord.Credit:NRL Photos

The verdict: As was the case last year, two-thirds of club representatives want the NRL to fix an aspect of the game which rewards players for disloyalty. If the majority of clubs had their way, players like Josh Aloiai and Ryan Matterson would not have been able to earn more money at the Sea Eagles and Eels respectively after walking out on the Tigers with a year to run on their deals.

11. How would you rate the performance of the referees over the past 12 months? 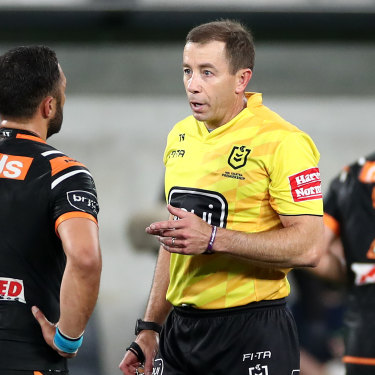 The verdict: While it may seem like doom and gloom all the time when it comes to the game’s officiating, most clubs are satisfied with where the referees are at. The majority of clubs gave the referees a four out of five. Only one club was unsatisfied with the officials. In the 2020 poll, only 20 per cent believed there had been an improvement in the refereeing from the previous year.

12. Do you believe the game has improved under one referee?

The verdict: V’landys ruffled some feathers when he rushed this rule in after the COVID break last year, but it has proved a stroke of genius. In the most one-sided result of the poll, 92 per cent of respondents said they were happy with the change. That won’t please old referees association boss Silvio Del Vecchio, who last year tried to take on V’landys over it and lost.

13. Should the NRL persist with the six-again rule?

The verdict: Another one of V’landys’ innovations has proven a hit, with almost 90 per cent of club officials happy with the six-again rule. It will be used even more in 2021, with the referees to also call six-again for 10-metre infringements this year.

“One thing became clear to me that we don’t do very well at the NRL is look after the customer, the person watching the game [who] pays their dollars to get through the gate,” V’landys said. “The game needed to be more entertaining. There was too much focus on defence. We had to balance it between defence and attack, and I think that happened with six-again.”

14. Do you believe there have been too many rule changes over the past 12 months? 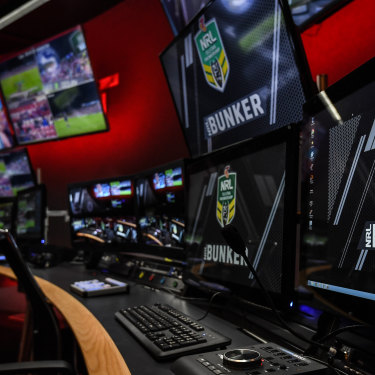 Inside the NRL bunker.Credit:Wolter Peeters

The verdict: The NRL has introduced more significant rule changes in 12 months than the previous two decades, however the majority of clubs don’t seem to mind. Nonetheless, there are quite a few who believe the game has tinkered with the rules too much. “We have to continue to look at our game and make it better,” V’landys said. “We’re looking at other things, because at the end of the day we have to look after the customer and the fan.”

15. What do you believe is the biggest issue facing the game at the moment?

The verdict: Despite no community cases in NSW for almost two months, clubs still remain fearful of the impact COVID-19 could have on this season. Player agents remain a concern for the clubs (20 per cent), as they were last year with 25 per cent. The major concern leading into last season was the broadcast deal, however now that the pay television deal has been sorted until 2027, only 15 per cent believe the free-to-air deal is the game’s biggest issue.

16. Should players be automatically suspended if they are caught taking illicit drugs? 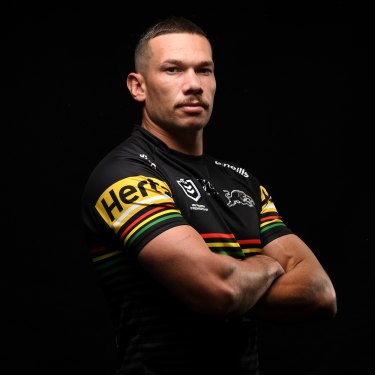 The verdict: The change in the WADA code has opened the door for players to serve a one-month ban instead of four years if they can prove that they didn’t take an illicit drug for performance-enhancing purposes. It’s why Brent Naden is free to play this year. The NRL also does its own in-house testing, however players don’t face sanction until a second strike. The majority of clubs want players banned on the first strike.

17. Do you believe the NRL’s fines and suspensions for player misbehaviour are fair? 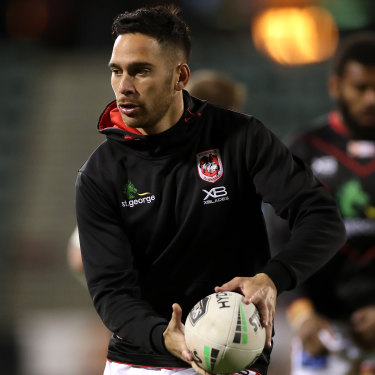 Corey Norman will miss the first round of the season after getting involved in a street fight defending close friend James Segeyaro.Credit:Getty Images

The verdict: A slight majority think the NRL’s fines and suspension system is working well. Not many think the NRL go too hard on players, but there are quite a few who believe the NRL is too lenient.

18. Should Jack de Belin be allowed to play in the NRL in 2021 after missing two seasons under the no-fault stand down policy? 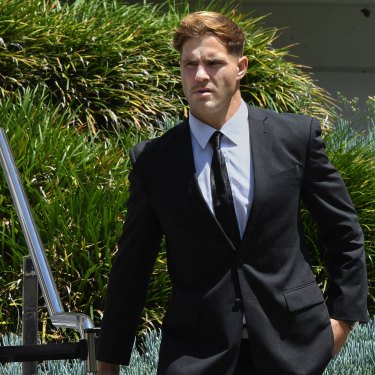 The verdict: Jack de Belin has slightly less support to return for the Dragons than he had 12 months ago. It’s still not even close to enough to put the heat on V’landys and the NRL to change their minds in relation to the strict no-fault stand down policy.

Part two of the Herald’s annual CEO and chairmans’ poll will be published in Tuesday’s newspaper. Find out the clubs’ views on expansion, transfer windows, COVID-19 vaccines, concussion protocols and which player they would most want to sign.