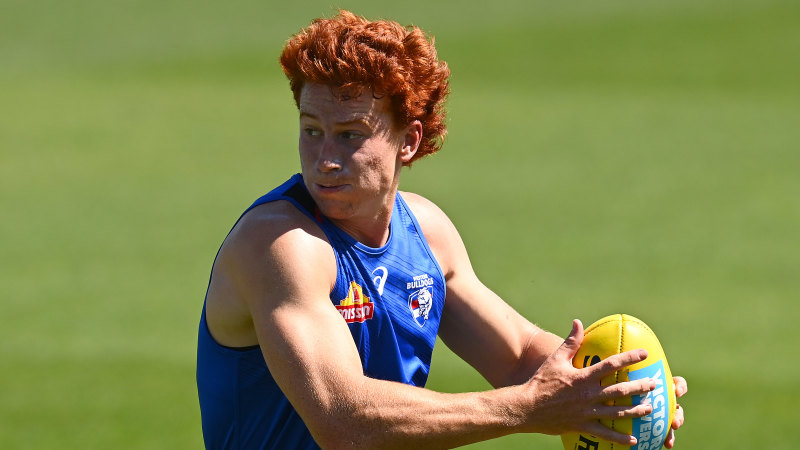 North Melbourne and the Brisbane Lions are among the clubs who are eyeing talented Western Bulldog Ed Richards, who is coming out of contract this year.

Industry sources said the Lions had been scouting Richards as a player who might fit their needs and that North Melbourne have been considering him as a potential out-of-contract recruit. 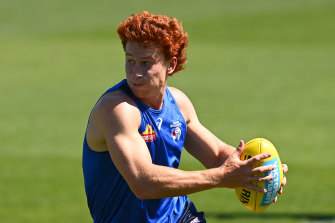 A number of other clubs have the running defender and wingman on their radar. The Bulldogs are aware of rival clubs’ interest.

Richards is recovering from a broken leg that he suffered in a VFL practice match against Collingwood on the same day of the Dogs’ first-round clash with the Magpies and is not expected to resume until the second half of this season – perhaps another month.

Sources familiar with Richards’ situation said he did not want to progress any contract discussions until he returned to play after a lengthy stint on the sidelines – a position that the Bulldogs are comfortable with.

Richards is seen by rival clubs as a natural half-back, but he can also play wing. He had an impressive debut season in 2018, when he played 21 out of 22 games (making his debut in round two) and was touted as a prospective star but did not make the leap forward in 2020 that might have been expected in his third season, when he played 17 games.

Richards did not make the senior side for the opening game and there’s clearly a view among other clubs that he could be gettable in the trade period, depending on how he fares this season.

For the Lions, there is a need for a running defender given former Hawk Grant Birchall, a valuable addition, is near the end of his distinguished career.

North Melbourne will be well-placed to land an out-of-contract player this year, due to their salary cap room and expected position on the bottom of the ladder (which opens up the pre-season draft as a recruiting lever), although the Roos are committed to a draft-first strategy and unlikely to trade any early picks.

Richards was rated highly by Carlton and Collingwood prior to the 2017 national draft and was a candidate to be picked early by those clubs but the Bulldogs snared him at pick 16.

One of Richards’ issues has been the surfeit of teammates at Whitten Oval who are well suited to playing across half-back. Caleb Daniel, who acts as a playmaker behind the ball, Bailey Williams (who is injured), Hayden Crozier, veteran Easton Wood and Norm Smith medallist Jason Johannisen are all capable across half-back and on occasion Richards has been forced to play in other positions, or pushed out of the side.

Patrick Lipinski is another Bulldog coming out of contract who has been on the fringes of regular selection due to the club’s relatively strong depth of talent.

While Lipinski will be looked at by other clubs, he is close to housemates and teammates Aaron Naughton and Tim English and is a lifelong Bulldogs supporter.