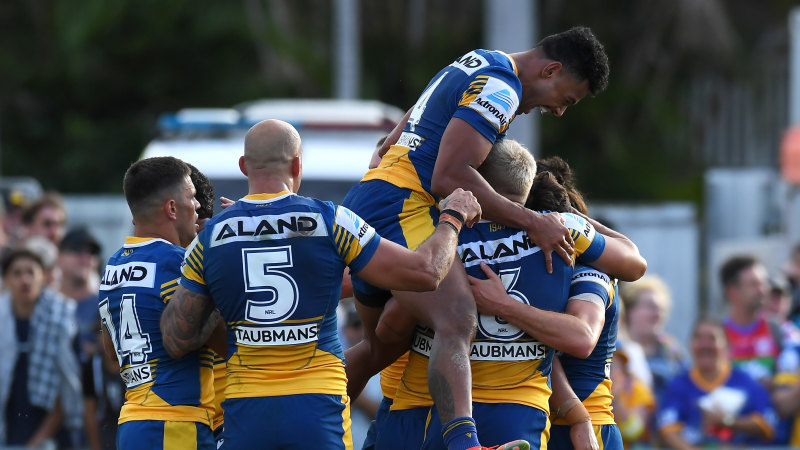 Parramatta have engaged a mental skills coach in the belief he could provide the edge required to help the team finally push deep into a finals series.

When the Eels dropped out of last year’s play-offs in straight sets, a club review found the side was as well prepared physically as any of their opponents. However, to trouble the heavyweights in the big matches, it was felt the mental side of the game needed to be addressed.

To that end, the club employed Andrew May, the former physical performance manager for both the NSW and Australian cricket teams, as its mental skills coach. While head coach Brad Arthur and consultant Andrew Johns grab most of the headlines when it comes to the Eels’ brains trust, May is the anonymous figure behind the scenes who could prove the difference during the playoffs.

May is a former middle-distance runner who then transitioned into a mentoring role which began when he took up a coaching post at the Australian Institute of Sport in Tasmania. Since then, he has set up his own business, where he has worked with multiple Olympic and international athletes in sports including track and field, tennis, swimming, hockey, basketball, cricket and AFL.

The Eels engaged May, who is exploring a PHD on optimising the brain and body in high-pressure-moments, to help the staff and players execute at their best during the big moments late in the season.

“‘Maysey’ has been really good in joining the dots between on-field and off-field performance,” said Parramatta back-rower Ryan Matterson, who has been recalled to the side for Saturday’s sudden-death clash with Penrith. 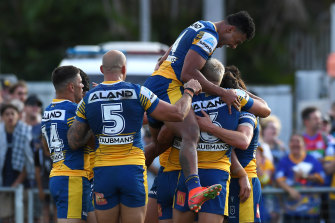 The Eels will play Penrith on Saturday after eliminating the Knights.Credit:Getty

“As you know, everyone does a pre-season, everyone trains the same, basically everyone runs themselves into the ground physically. It’s that mental capacity that you need to dabble in to get an edge on the opposition.

“He’s dabbled in mental health and mental skills, knowing the tip of the iceberg is what people see; it’s underneath that people have to unlock. He witnessed that first-hand as an athlete.

“When he comes to training, when we were in Sydney, it’s not about being positive or negative, it’s about being neutral. So you’re not sitting on an emotional rollercoaster, you’re level-headed and calm when you take on the next task.”

Mindfulness plays a big part of Matterson’s preparation and the Eels forward said he was receptive to May’s input.

“He tries to relate it as best he can to our performance on the field and what we think we need help with,” Matterson explained.

“He does a lot of that stuff with Brad behind closed doors, then Brad comes up with a plan for the week, depending on what week it is, and we’ll be doing different exercises.

“It’s more of an open chat; we put it out to the floor and if everyone wants to have a bit of a yarn. It’s been open and non-judgemental, which is good. There have been times when we’ve really needed it.”

Parramatta hooker Joey Lussick said May had given the club a fresh perspective in its pursuit of premiership success.

“He’s just bringing another perspective, trying to keep everyone level-headed and not get too upset, not get too carried away when things go right or wrong.

“It’s been good, another way of doing things. When things get bad or good, it’s about bringing yourself back.”