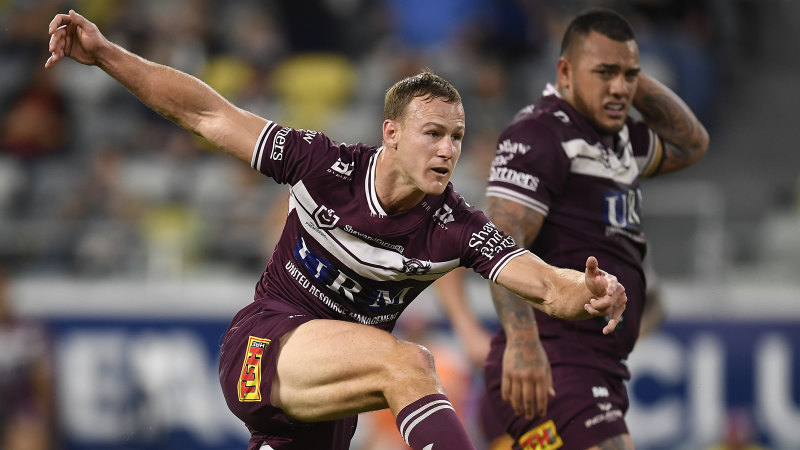 He signed a “lifetime” contract that many were unsure he would be able to fulfil, but Daly Cherry-Evans can see himself signing a new deal to ensure he finishes his career at Manly.

Six years on from the messy contract saga which saw Cherry-Evans backflip on an agreement with the Titans to stay in Sydney, the 32-year-old has revealed the staggering deal might not see him through to the end of his playing days. 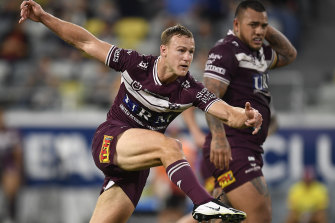 Daly Cherry-Evans is confident he could play on beyond his ‘lifetime’ contract.Credit:Getty

“I’d love to be a Manly captain of a premiership-winning side. That would be one of, if not the biggest moment, of my career if that was able to happen.

“Ultimately whether I get that or not, or get the chance to play for Queensland or Australia, I just love what I do. I genuinely enjoy it. I’ve got the desire to keep playing and that’s the most important part.

“I love the beaches and I’ve become a part of the northern beaches. It would be nice to finish there, either when this contract ends or extend.”

It is the strongest indication yet Manly’s talisman plans to pass 300 NRL games – and potentially go well beyond – in the twilight years of his career.

It would also allow the Sea Eagles to keep their big three of Cherry-Evans and the Trbojevic brothers, Jake and Tom, together a little longer with the latter pair tied to the club until the end of 2026.

Having led the Maroons to an improbable State of Origin success in last year’s series, Cherry-Evans has a Manly turnaround firmly in his sights after an injury-plagued Sea Eagles missed the finals in 2020.

Des Hasler’s side will be without Tom Trbojevic for the first month of the season after he hurt his hamstring in an innocuous incident, making the opening weeks where they face the Roosters, Rabbitohs, Dragons and Panthers even more difficult.

But his reunion with premiership-winning teammate Kieran Foran in the halves is set to take some of the playmaking pressure away from Cherry-Evans, who shouldered a huge burden with Tom Trbojevic restricted to just seven games last year.

“We’re obviously optimistic like the other 15 clubs,” Cherry-Evans said. “There’s a reason why Melbourne, the Roosters and Canberra are the favourites. You only have to look at their squads. I think we can make a massive improvement on last year.

“Tommy’s out and that is a big loss, but having someone like Kieran in our side will help us balance it out a bit more. I think it’s going to be good for us having Foz back with his experience and you know what you’re going to get from him, he’s a genuine threat as a footy player. It’s great to have him in the side.

“I haven’t played footy with him for a while, but he’s as fit as I’ve ever seen him. His body shape and the way he’s moving around the field, he looks in great condition and I’m really excited to see it all come together for him this year.”

The Sea Eagles travel to the SCG to take on the Roosters in their season opener on Saturday evening.

March 7, 2021 Rugby League Comments Off on Manly’s captain signed a ‘lifetime’ deal. He thinks it won’t be enough
NFL News