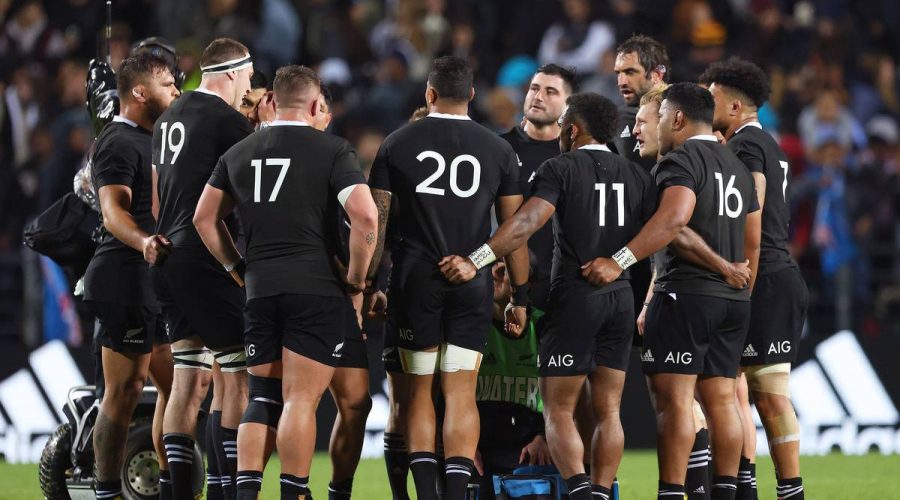 The All Blacks used three tests against Tonga and Fiji this month to build depth and experiment by rotating their 36-man squad. They now have a firm idea of their best line-up. Liam Napier predicts the team that will take on the Wallabies in the opening Bledisloe Cup test at Eden Park on August 7.

Missed all three tests in July after undergoing minor knee surgery but returns as the first-choice loosehead with Joe Moody awaiting medical clearance following his foot surgery. In their absences, George Bower and Ethan de Groot stepped up in dominant scrummaging performances. Tuungafasi’s comeback pushed de Groot out of the squad and will likely send Bower to the bench. It’s a big ask to slot straight back into the test arena but Tuungafasi is a dedicated trainer and has two further weeks to regain full fitness.

Another calf complaint ruled Coles out of the third test where Samisoni Taukei’aho shone in his place off the bench. Provided Coles overcomes that issue he should start as the form hooker. Codie Taylor’s lineout throwing was amiss at times in Hamilton and Coles’ unrivalled skills in the wide channels will be valuable against the Wallabies. A bit of mongrel never hurts against Australia, either. Four tries from Coles in Dunedin underlined his uncanny ability to sniff out a meat pie.

Fast becoming the rock of the All Blacks scrum. Laulala is widely considered the strongest scrummager in New Zealand – and it’s not hard to see why. Starting Laulala and bringing Angus Ta’avao’s superior mobility and ball skills off the bench when the game opens up makes sense, too.

For a player of his status it was something of a low-key return after 18-months out of the test arena, with one start and one appearance off the bench. Ian Foster gave Retallick a 6/10 for his skills at training before his return in Dunedin but felt he has since rapidly improved. While Retallick displayed elements of rust his intent to carry, rip the ball in contact and clean bodies was there for all to see. Expect his influence continually increase.

Made a notable impression regaining the captaincy from Aaron Smith. During the first 20 minutes in Hamilton, when Fiji were highly competitive, Whitelock gathered the All Blacks together at halfway after scoring points and laid down the law following another disjointed start. Whatever he said hit the mark, as the All Blacks romped clear from there. Such calm, experienced leadership is invaluable.

Direct and confrontational, Ioane has probably done enough to lock in one of the most hotly contested starting spots. The simplicity brief the All Blacks supplied Ioane seems to be working. Whereas the Blues largely preferred Ioane to roam the edges and use his dangerous offloading skills, the All Blacks instead instructed him to stick much closer to the ruck; to carry, clean, tackle hard and often. Ioane made a significant impact there in Hamilton, punching over the gain line to help set up Ardie Savea’s try. Ioane finished last year as the All Blacks favoured blindside, having usurped Shannon Frizell. After an indifferent Super Rugby season he appears to have regained that mantle.

Claimed a try in an otherwise quiet return from his MCL injury. Will featured at No 8 for the All Blacks this season but with Sam Cane out and Dalton Papalii battling a calf issue, Savea seems set to stay at openside for now.

Found a home at the back of the scrum where he’s consistently delivered for the Chiefs and carried that form through to the All Blacks. Jacobson’s value is evident all round the park; with his quick feet at the line and offloading skills, in his defence, work-rate and presence at the lineout. Impossible to leave out.

Not his best series, but well ahead of the chasing pack. Smith endured a difficult evening as maiden captain in Dunedin when the All Blacks were beaten to the punch at the breakdown. While he linked down the blindside for one Sevu Reece try and his kicking game was sharp in Hamilton, he threw an intercept that required a Damian McKenzie try-saver.

Seized his chance to hold off Beauden Barrett in Hamilton. Mo’unga had a hand in four tries against Fiji – three involving Crusaders team-mate Reece. One of those was a wonky skip ball that bounced favourably, but Mo’unga is certainly much more comfortable pulling the strings with McKenzie at fullback. Settling back into No 10 after returning from Japan, Barrett is yet to regain his best form. When he does, his contest with Mo’unga will rise several notches.

Started two of three tests at centre but with Lienert-Brown returning, Ioane’s opening comes on the wing where he remains a potent force. Ioane is generally a left-sided threat so in this team he starts there with Sevu Reece on the right. In a small backline Ioane adds more size and punch than Will Jordan, who was subdued in Hamilton before tweaking his hamstring.

Nailed his long-awaited audition. Four years since his last test Havili slotted back, in a completely different position, with consummate ease. Having overcome emergency bowel surgery that threatened his career you can only admire his perseverance to reach this point. Havili possesses the full range of skill but his ability to run direct lines and straighten the attack through July impressed most. Long may his growth continue.

Quiet on return from minor elbow surgery for his 50th test, with Ian Foster noting his timing was off. There’s no doubt Lienert-Brown is the All Blacks best centre, though. At the backend of Super Rugby, despite being unable to straighten his arm, he was exceptional for the Chiefs. With Wallabies midfielder Hunter Paisami on the horizon the All Blacks midfield should be on notice.

The form back of July. Reece descended the pecking order last year as quickly as he rose to prominence prior to the 2019 World Cup. This season, though, his resurgence has been impossible to ignore as Reece replicated his Crusaders form with the All Blacks. One of the best in Dunedin on the right wing, Reece then claimed a hat-trick in Hamilton on the left. Should be one of the first names on the team sheet for Bledisloe I.

Another highly contestable position, with Jordie Barrett, Will Jordan and Beauden Barrett all options, yet McKenzie grabbed his chance to retain the fullback role. Of all the contenders McKenzie offers the best, natural secondary playmaking option. He’s happy playing second fiddle, sharing the load, while sparking counters from the backfield. He remains a flight risk of being isolated with ball in hand at times, but his confidence is clearly restored after a long road back from the ACL injury that robbed him of attending the 2019 World Cup.

The main point of contention on the bench comes in the loose forwards where Ethan Blackadder probably edges Dalton Papalii due to the latter being limited to one test against Tonga before damaging his calf.

July 21, 2021 Rugby League Comments Off on Liam Napier: Predicting the All Blacks team to take on the Wallabies in the opening Bledisloe Cup test
NFL News