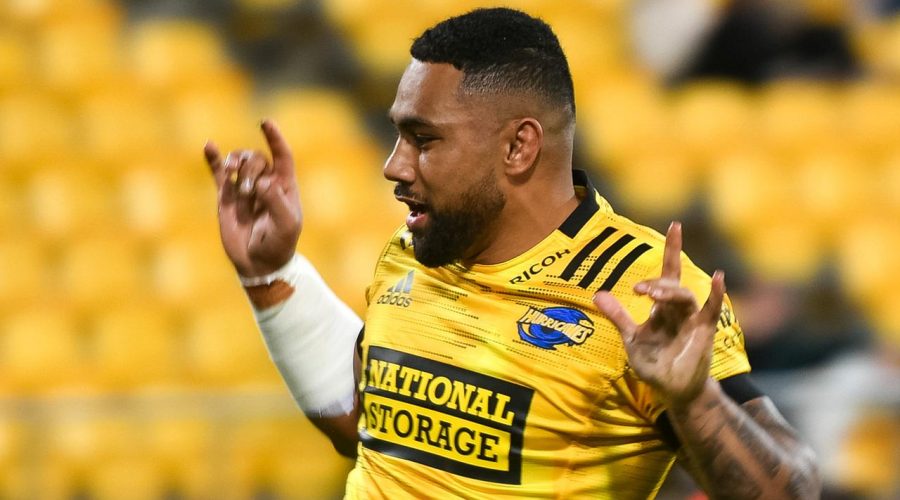 Queensland Reds captain Liam Wright says his side will be better for its Trans-Tasman Super Rugby experience despite the season ending with a disappointing 43-14 loss to the Hurricanes in Wellington.

The Super Rugby AU champions’ Trans-Tasman campaign ended in despair for the Reds after a pair of controversial yellow cards and a penalty try ended their chances of a season-ending upset.

The Reds trailed just 17-14 midway through the second half, having scored a try while winger Filipo Daugunu was in the bin after a controversial off-side call.

The Hurricanes scored again when he returned to extend their lead but it was a penalty try and yellow card handed to fly half Bryce Hegarty for intentionally knocking the ball dead attempting to stop a try that killed Queensland’s chances.

Replays appeared to show Hegarty attempting to ground the ball in-goal before Hurricanes centre Ngani Laumape could score but the action was ruled intentional, with the resulting penalty try putting the Canes up by 15 points with less than 20 minutes remaining.

Queensland coach Brad Thorn was disappointed the decision impacted what had been a close game.

“The guys lifted out there – 15 minutes to go 22-14 and I guess the game changed didn’t it,” Thorn said of the penalty try and sin bin decision.

“I feel for the lads, I don’t feel like that score represented what they brought and what they’ve been bringing for the whole season.

“At no time did I think it was a yellow card but that’s what it was … we’ve got to wear it.”

The home side scored twice more to win comfortably and while the visitors had reason to feel aggrieved at some decisions, defensive frailties were their main issue.

The Reds missed a massive 57 tackles throughout the match to finish their Trans-Tasman campaign with just one victory after taking out the domestic title.

Wright said while there were bright patches during the match, the Reds had taken too long to build into the game.

“I thought our first 20 (minutes) after halftime was some of the best footy we’ve played in this Trans-Tasman tournament,” he told Stan Sport.

“But we couldn’t execute and the Hurricanes made us pay for some errors.”

The Reds are hopeful next season’s competition will be a full Trans-Tasman competition but know they will have to improve to be contenders.

“It’s a step up that we need to adapt to,” Wright said.

“I think we’ll be better for it, we’ve learnt a lot of lessons from it and we’re going to try to take as many positives as we can from it.

“They’re obviously setting the benchmark here and come next year we want to be ready.” 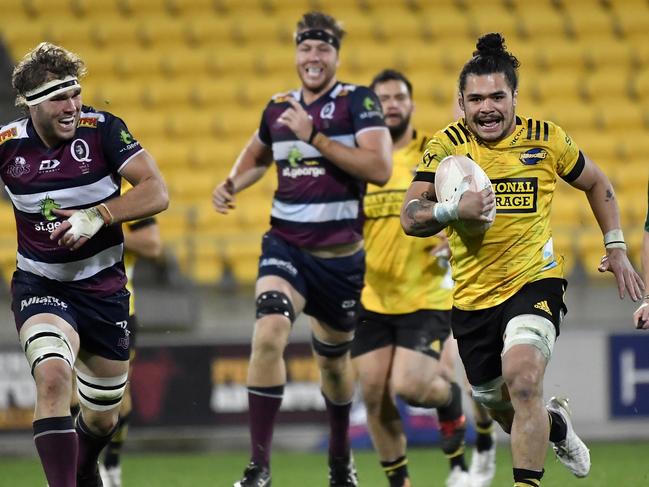 The Reds couldn’t keep up with the fast-finishing Hurricanes. (Photo by Masanori Udagawa/Getty Images)Source:Getty Images

Tate McDermott all but ensured he will be in a Wallabies jersey for the France series with a strong and fearless game.

The 82kg scrumhalf was poleaxed by Canes hooker Asafo Aumua early in the match but it did not deter him from running to the line and he snuck through to score the Reds’ first try.

McDermott’s ability to play eyes-up footy and bring his ball runners into the game in broken play will have impressed Wallabies coach Dave Rennie, who names his squad for the France series on Sunday.

The 22-year-old could push Nic White for the starting spot, while his form is a timely boost for the Wallabies given a knee injury to Waratahs’ Jake Gordon.

Feao Fotuaika has been one of the unsung heroes of the Reds campaign, with his scrummaging ability at loosehead complimenting Taniela Tupou on the other side of the scrum and helping Queensland match it with the Kiwi packs.

Injuries have limited the 28-year-old’s appearances for the team since his debut in 2019 but coach Brad Thorn has a huge opinion of the front-rower.

Fotuaika’s brother and Gold Coast Titans prop Moeaki turned out for the Maroons in State of Origin on Wednesday night, with the brothers’ efforts a great moment for their family and a tribute to sibling Mosese, a former Wests Tigers player who took his own life in 2013 but continues to provide inspiration for the pair.

The Reds won the Super Rugby AU title through a combination of relentless defence and patient, error-free rugby.

They strayed from the blueprint in the Trans-Tasman competition though, pushing passes and taking low-percentage options too often in a bid to play expansive rugby before earning the right to spread the ball.

The same looked to be happening against the Hurricanes in the opening 20 minutes but they regrouped, lifting their defensive intensity despite missing several tackles, while patience with the ball in hand led to a crucial try when down a man.

But missing 57 tackles was too big an obstacle to overcome and the front-line defence must improve if Queensland is to be a force in a combined competition next season.