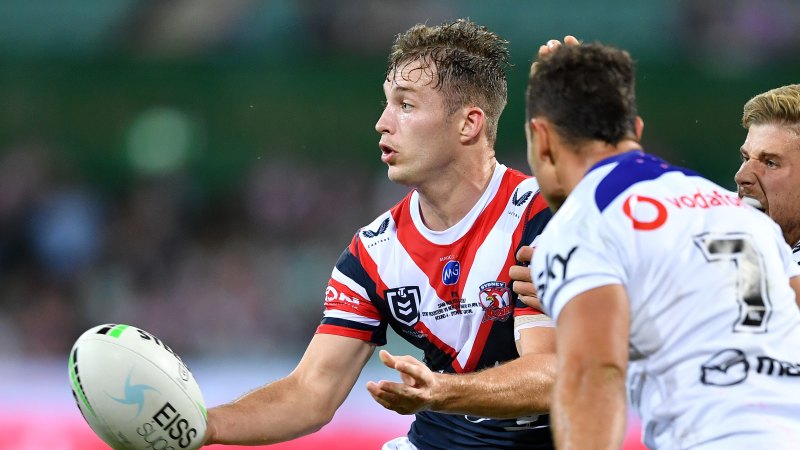 When Sam Walker was named on Tuesday to make his NRL debut, a score of flights from Brisbane to Sydney were booked shortly after.

Both sides of his family were desperate to watch the 18-year-old’s debut, along with a large pack of his mates from home in Ipswich. 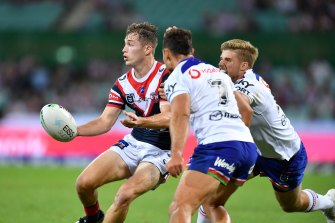 Sam Walker wants to remain at the Roosters long-term, declaring “this is my home” after his debut.Credit:NRL Photos

Walker’s dad Ben, along with uncles Shane and Chris, are former NRL stars and guided the youngster through a crucial week.

Roosters coach Trent Robinson said Walker had made a conscious decision before the game to play a composed style of footy – instead of going out to impress. It’s no wonder the Roosters were so eager to get Walker down from Brisbane when he was 16.

“My old man and my uncles are always there, they have really helped me and guided me,” Walker said. “They obviously went through it when they were coming through in the NRL.”

Walker said Robinson was another mentor for him throughout the week and simplified the youngster’s game to slot seamlessly into Keary’s role. The performance put Walker in the Roosters’ history books – becoming the youngest halfback since Mitchell Pearce in 2007.

“I definitely think this is my home,” Walker said.

“I love the club. I love the people at this club. What they’ve done for me throughout just a short time at the club has been amazing. I wouldn’t want to leave.”

Walker even stepped up when the Roosters needed a goalkicker by hitting a conversion.

It may have been his first game but Walker already had some words of wisdom for 17-year-old Joseph Suaalii, who will likely make his debut in the coming weeks.

“He’s definitely ready as well,” Walker said. “He’s going really well in training. If he keeps putting his foot down, he will keep knocking on the door.”