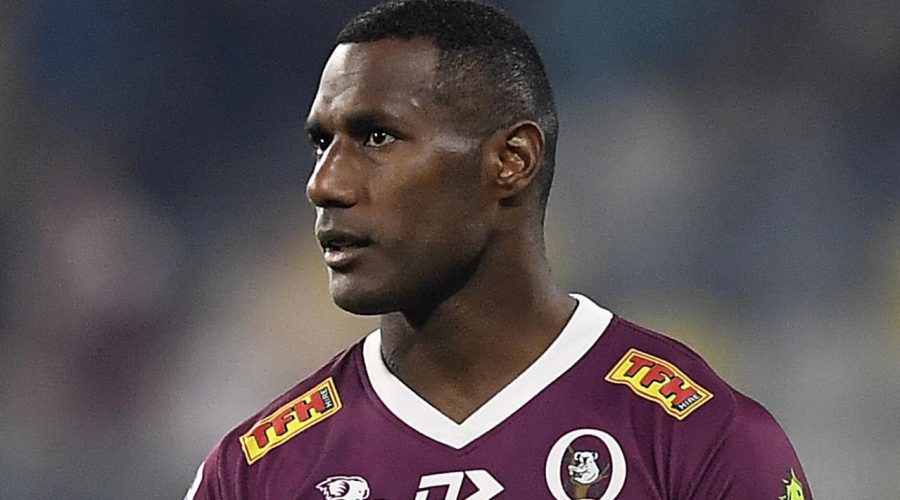 Star flyhalf James O’Connor will be fit, but cross-code sensation Suliasi Vunivalu will miss the Wallabies’ Test series against France next month with a hamstring injury.

Former NRL premiership-winning winger Vunivalu was forced off the field in Queensland’s 31-24 loss to the Blues last Friday.

It’s not the first time this season Vunivalu has hurt his hamstring, with his latest injury to delay his highly anticipated Wallabies debut.

“It’s quite a serious hamstring injury for Suli which will rule him out for the France series unfortunately,” Wallabies coach Dave Rennie said ahead of this weekend’s announcement of a 38-man squad for the series against France.

“We’ll get to see him later in the year though. We’ve been really happy with his progress and how he’s developed at the Reds.

“There’s a lot of footy left to play this year though, so the message is to knuckle down, get through the rehab and force his way back.

“We’ve probably got about 80 per cent of the squad nailed, and there’s a handful of (Super Rugby Trans-Tasman) performances that are going to be important this weekend to make our final decision.”

While Vunivalu is out, his Reds teammate O’Connor will be named in a Wallabies squad to be based at Sanctuary Cove on the Gold Coast despite a neck injury that has cut short his Super Rugby Trans-Tasman campaign.

Suliasi Vunivalu has been ruled out of the Wallabies squad for next month’s series against France. Picture: Albert Perez/Getty ImagesSource:Getty Images

“He’s been getting stingers for about the last four, five weeks, so it just came to a head,” Rennie said.

“He missed last weekend, he’s going to miss this weekend, but we anticipate him being right.

“He’s been outstanding. It’s certainly a position we’re getting better depth in and James has been excellent.”

The size of the squad could aid the selection hopes of another injured Queenslander, excitement machine Jordan Petaia.

The Reds flyer hasn’t played since injuring his quad in last month’s Super Rugby AU final but is a slim chance to be fit for the final match of the three-Test series against France on July 17 in Brisbane.

“Anyone who has signed with current Super Rugby contracts, they can’t leave until after the current international season, which is another five months, so it’ll be based on whether we see they’ve got a future with us, so Brandon’s definitely an option to stay,” Rennie said.

However, Rennie said the emphasis remained on selecting players who were part of the Super Rugby competitions going forward.

“It’s really important. If we’ve got our best players playing with our good young kids coming through, it’s going to improve the quality of the clubs and the quality of our competition,” he said.

“If we pick wholesale like South Africa do and Argentina do from Europe and Japan, players will go in their droves because they can get three times the amount of money.

“We’re trying to do what we think is best for the future of the game here.”