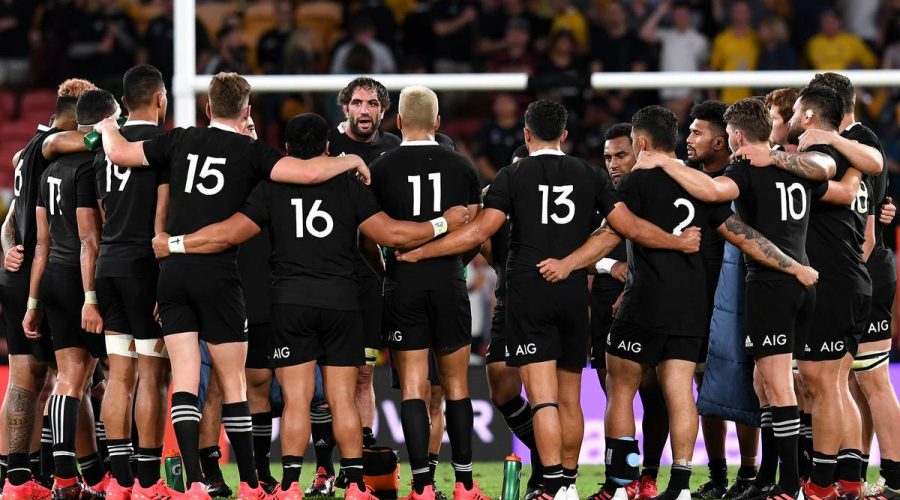 When it comes to sponsorship and the All Blacks kit, New Zealand Rugby is wedged between a rock and a hard place.

The national body faces an impossibly difficult balancing act trying to achieve a host of contradictory goals in a world where half the nation it seems considers any branding on the kit as unwanted graffiti of the most reckless kind.

The other half can just about accept the financial imperative to sell sponsorship as valid, but they will still be on social media channels prejudicially quick to judge and condemn the commercialisation of the national rugby team.

Accused of selling a little piece of the All Blacks’ soul if they do, or face financial ruin if they don’t, NZR can’t win when it comes to sponsorship on the hallowed uniform.

But in all but signing a deal with UK petrochemical firm Ineos, they have certainly made it harder for themselves to win. An already sceptical public that doesn’t love sponsorship on the All Blacks kit will have a tough time accepting that a company knee-deep in fossil fuels is the right fit for the national team.

And that’s what is important here. NZR shouldn’t have to defend their decision to sell sponsorship, but they do need to be held to account for their choice of partner with whom they have linked.

It’s not so much naive as patently silly to think of the All Blacks as a sports team, when they are quite clearly a business, valued at $3.8bn by equity firm Forsyth Barr.

While there is an inner purist in mostly everyone that would rather not see corporate logos splatted on the playing kit, the larger and more difficult voice to block out on this subject is that of the inner financial pragmatist.

There would be an admirable piety about a cleanskin All Blacks kit, but it would deny the team the bucketload of cash they need to be successful.

If flogging a few square inches of fabric space to a corporate bidder can raise millions, it provides a strong basis from which to argue that kit sponsorship is, if nothing else, a necessary evil.

However vexed this business has been in the past, it has become more so as running the All Blacks is now eye-wateringly expensive, while at the same time, scrutiny on the ethical and ecological conduct of global corporations has never been greater in this age of social activism.

NZR realise that while they have won, albeit begrudgingly, a mandate from the public to sell real estate on the All Blacks kit, it still comes with a requirement to do so while trying to honour the sanctity and standing of the team’s reputation.

And this is where the difficulty with sourcing sponsorship sits as there is no uniform agreement about what constitutes an ethically sound or morally strong corporation.

Airlines underpin the entire global tourism industry, but they are prolific users of fossil fuel. Banks enable businesses to operate and people to buy houses, yet they also fund plenty of things they shouldn’t and some, reputable ones at that, haven’t asked enough questions about where some of their investors have made their money.

Technology companies streamline businesses, but they also encourage too much screen use and prolonged bouts of physical activity.

There’s an argument to say there simply isn’t an appropriate sponsor anywhere in the world and inevitably there will be some kind of public or social media backlash to the news that the All Blacks are close to signing a deal with Ineos.

But this is not a black and white issue the way some protestors want to believe and Ineos are another grey case in point.

They are a chemical company which means they can’t look Greta Thunberg in the eye without quivering at the thought of what she would make of their carbon footprint.

And yet their products are essential to many sustainable initiatives such as wind turbines and solar panels as well as critical medicines which preserve life.

The Twitterati can condemn the UK company as bad, but then they should realise they will most likely be doing so from a device that Ineos had a considerable role in bringing to life.

To some eyes it will appear as if Ineos are therefore using the All Blacks to ‘green wash’.

It could be said that their chief executive – Sir Jim Ratcliffe – is appeasing the angry forces who maraud on social media by spending a tiny amount of his personal fortune on sport, to detract attention from Ineos’ core business.

But there is another argument that Ineos are driven to become carbon zero by 2050 and are investing in the All Blacks and other major sports teams as part of a genuine commitment to clean up.

Also, isn’t it better to green wash than to not green wash? And sponsoring the All Blacks will presumably put greater accountability on Ineos to stay on top of and even increase their ecological and environmental commitments.

All Blacks sponsorship is an emotive topic and NZR will find that once it confirms its deal with Ineos, the gap between the rock and the hard place becomes even narrower.